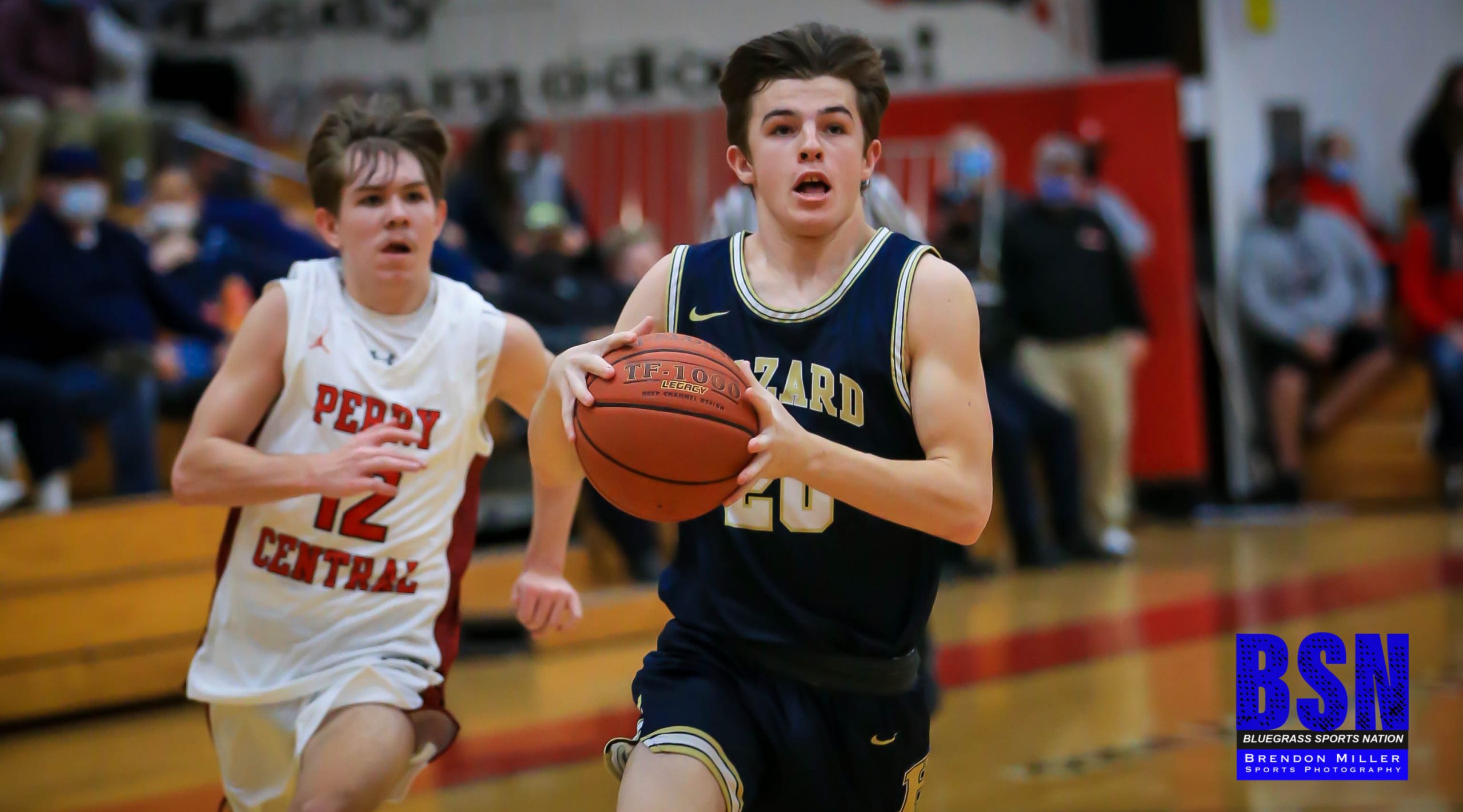 On Saturday night, the Hazard Bulldogs played at Perry Central in the first installment of this 54th District rivalry. Hazard scored 23 in the fourth quarter to get the win by double digits, 58-48, in a game that was close throughout.

In the First Quarter:
Perry Central’s Rydge Beverly and Tyler Day each made a 3-pointer and combined to score 12 of the 14 points by the Commodores. The Bulldogs had four players make a field goal, but were held to just nine points. After the opening quarter, the Commodores led 14-9.

In the Second Quarter:
Hazard outscored Perry Central 11-6 as Chris Jones, Jamal Hazell, Samuel Shoptaw, Cameron Caudill, and sophomore guard Max Johnson all scored for the Bulldogs. For the Commodores, Dawson Duff, Tyler Fannin, and Day each scored two points. At halftime, the score was tied 20-20.

In the Third Quarter:
Duff connected on two 3-pointers for Perry Central, while Beverly and Lanse McKenzie combined to add nine points. For Hazard, Johnson led the team in scoring with six points. Wade Pelfrey, Jarrett Napier, and Andrew Ford also scored for the Bulldogs. Headed to the fourth, the score was tied 35-35.

In the Fourth Quarter:
Napier hit two crucial corner 3-pointers to fuel the Bulldog run in the quarter. Pelfrey hit a big 3-pointer and he, Napier and Jamal Hazell combined to record 19 points. Beverly and Duff accounted for 11 points, but the Bulldogs picked up the victory 58-48.

The two teams meet in Round 2 at Memorial Gymnasium on January 29th.