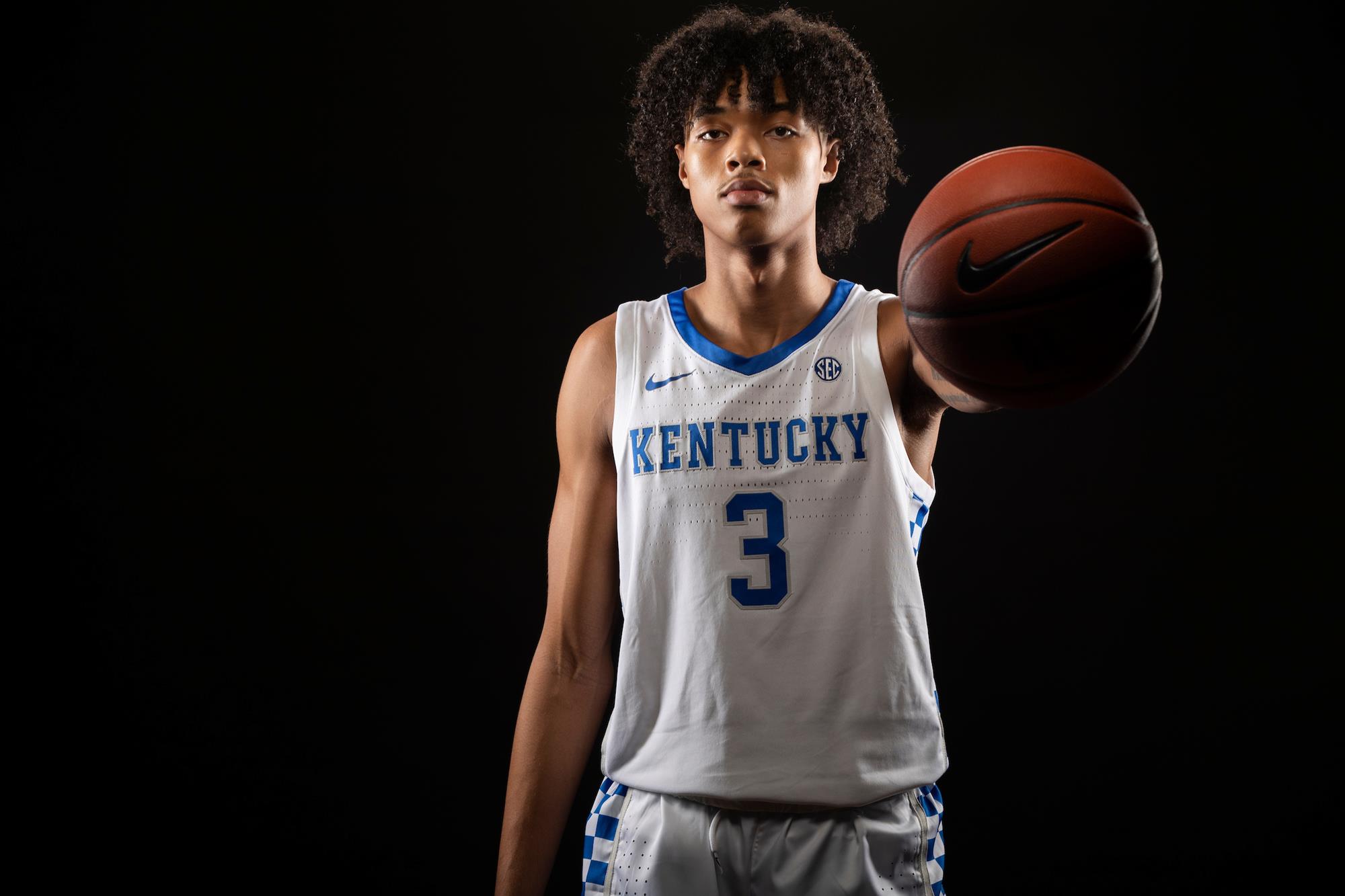 On an unofficial visit four years ago to campus, Boston “watched some practice” and came away impressed as a ninth-grader.

“It was just awesome,” Boston said. “I loved it ever since.”

Following the visit, Boston eventually blossomed into a heralded recruit and ultimately chose Kentucky during the recruiting process and developed into a leader, a trait his mother noticed early in her son’s playing career.

“My mom always told me I was a leader. I just never knew how to lead,” Boston said. “Now that I’m getting older, I’m starting to take that role on, just helping my teammates, encouraging them, uplifting them, teaching them certain things, helping them along the journey as well.”

Boston, a guard, doesn’t lack in confidence and added that mentality contributes to success on the court.

Prior to the season, Boston starts the year with a $1 bill in his sneakers, which he has been “doing since sixth grade” and throws in more superstitions as well.

“I always get some Skittles before I play,” he said. “I need candy before I play any game. So, I would just have a dollar leftover and I would put it in my sock and play with it. I get the dollar bill at the beginning of the year and just keep it the whole year.”

On the court, Boston brings many attributes to the floor and considers himself an all-around player.

“I feel like I’m going to bring confidence, the scoring, the playmaking, helping my team win,” he said. “I’m just going to play winning basketball and play on both sides of the court. Uplift my team. Just do everything I can to come out with a ‘W’ at the end of the game.”

During preseason workouts, Boston has noticed the same confidence displayed by his teammates, including Terrence Clarke.

“That’s the fun thing about this team, everybody is confident. They compete. We just get after it every time that we’re on the court. Nobody takes nothing. So, we just go out there and play our hearts out. That’s just the way that we play, and I think that we’re going to have a good year with these guys.”

Although he’s used to being the lone standout, Boston has enjoyed forming chemistry with the Wildcats, including Clarke.

“On and off the court, Terrence, that’s my dog,” Boston said. “That’s my brother. But, on the court, we just always be getting after it and we just make each other better every day in practice.

“Off the court, we just try to keep each other’s mind right, stay sane during COVID, and the pandemic. We’ve just got each other and that’s all we’ve been doing so far, stay close and stay connected and take care of business.”