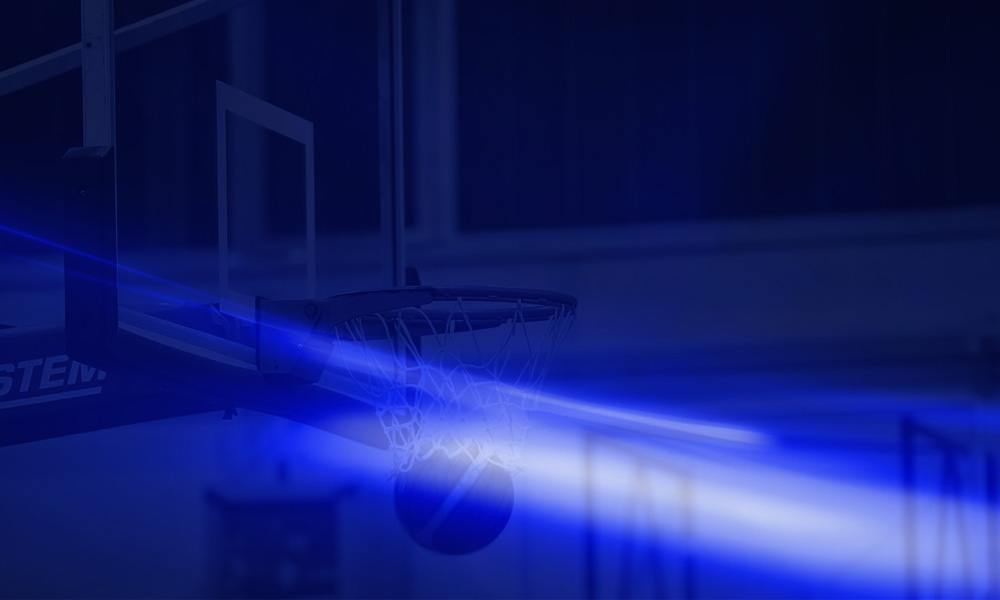 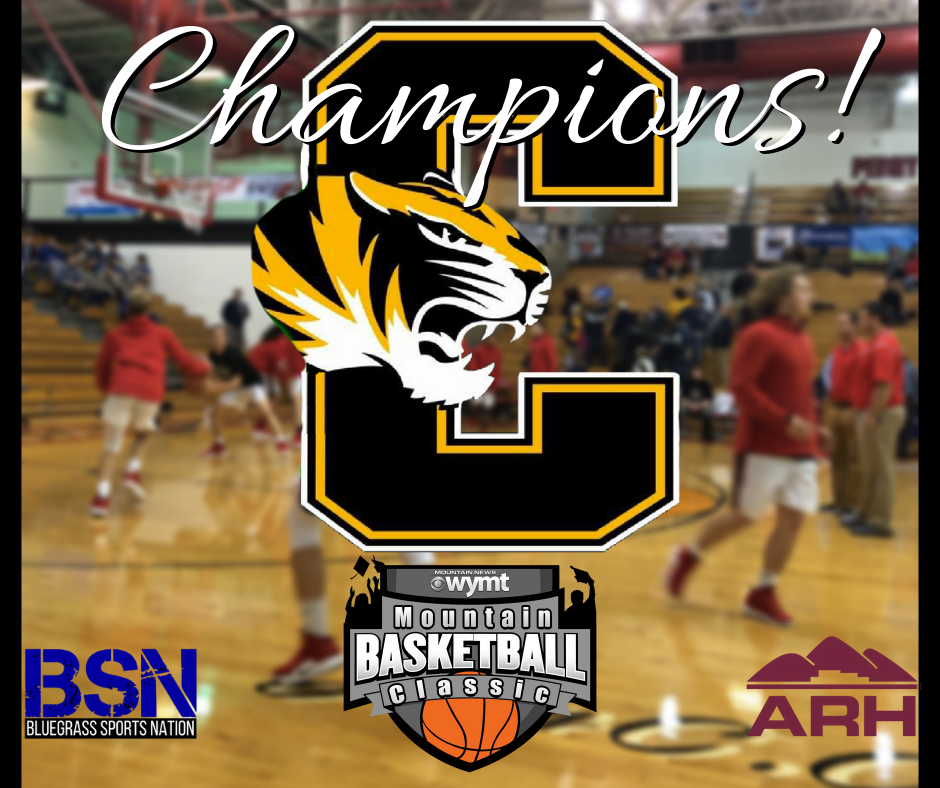 The 32nd annual WYMT Mountain Basketball Classic has concluded with a full day of exciting basketball.  Today the tournament had consolation games for both the Boys and Girls and brackets, taking place earlier in the day.
In the Closing games of the Tournament two champions were crowned representing both the Boys and Girls Champions.  The WYMT Mountain Classic is an accumulation of the best teams representing the Mountains from the 13th, 14th, and 15th Regions.  In tonight’s Championship games the 13th Region was well represented as the Tournament championship had teams from the 13th competing for the Titles.  In Girls action last year’s Runner up the South Laurel Lady Cardinals faced Regional Rival Clay County Lady Tigers.  In Boys actions two teams that have been very successful in the history of the Mountain Classic faced off as defending champion Knox Central Panthers battled the Clay County Tigers.

Girls Bracket- Tale of two halves dictate the outcome of the Championship.  South Laurel Rallies from 18 down at the half, to defeat Lady Tigers of Clay County by eleven points South Laurel 66- Clay County 55.

In the Second half South Laurel looks like a completely different team, quickly cutting the lead.  South Laurel opens the second half with a tenacious trapping defense really frustrating the Lady Tigers.  Clay County had trouble inbounding the ball and when they could inbound the ball, South Laurel forced turnovers.  The Three-point ball started falling for the Lady Cardinals as well.  By the end of the third quarter the comfortable eighteen- point lead Clay had at halftime was diminished to a one-point Lady Tiger lead of Clay County 38- South Laurel 37.

South Laurel has all the momentum going into the fourth quarter, but Clay County continued to compete as the team traded baskets in the opening minutes of the quarter.  The game is tied at 41. Both fan bases are into the game, trying to root their team to finish strong.  South Laurel takes the lead on the following possession with a transition layup leading Clay County 43-41.  From this moment South Laurel would not look back as the Lady Cardinals rally to defeat Clay County by eleven points, capturing the 2018 WYMT Mountain Basketball Classic Girls Championship.

Clay County and Knox Central are two of the most historic teams in the history of the Mountain Classic.  Clay County has won the Mountain Classic eight of the first nine Championships in the history of the event, repeating as Champions for seven consecutive years to begin the Tournament.  Overall the Tigers have captured the crown nine times and have been the runner up twice.  The Tigers last victory in the tournament occurred in 2011 defeating Hazard Bulldogs 57-45.  Knox Central captured the crown last year defeating Floyd Central Jaguars 78-53.  Knox Central has been runner up in the tournament twice in the first two years of the tournament’s existence, both times loosing to the Clay County Tigers.

Clay County’s road to the championship consisted with a first round victory over Floyd Central defeating the Jaguars 66-43.  In the semi final round of the tournament Clay County survived a late rally from the Knott County Central Patriots before defeating the Patriots by four points Clay County 61- Knott County Central 57 in the closing moments of the game.  Knox Central road to the Championship provided one of the best moments in the tournament as Knox Central escapes with a one- point victory over the Paintsville Tigers, who had the ball on the last possession of the game.  In the end Knox Central defeats Paintsville 78-77.  Knox Central’s semi final game would not get any easier as the host School Perry County Central and their rowdy fans provided another challenge for the Panthers.  Knox Central pulls away late in the fourth quarter to defeat the Commodores by nine points.  Knox Central 68- Perry Central 59.

From the opening tip the game was going to be played at a fast pace, as both teams like to push the ball up the court and allow the guards to get in transition.   Knox Central gets the tips and scores first, Clay County answers with a corner three on the other end.  Both teams have good athletes and are well coached.  Knox Central is led by Athletic wings Nick Martin #12 and Brayden Hinkle.  Clay County is a young team but very quick and athletic with great guard play and a dominating Center down low.  Austin Simpson #15 is a presence down low and is very strong with great size.  Connor Farmer nephew of Former Agriculture Commissionaire, UK shooting guard and a Mountain Legend Richie Farmer has basketball in his blood and the younger Farmer is a talented guard for the Tigers.

In the second quarter Clay County continues to build on the lead as Farmer and his teammates continue attacking the basket either scoring with floaters in the lane or kicking it back out for an outside three-point shot.  Clay County is in control of the game and the Tiger lead grows to nine points with 5:27 remaining in the second quarter.  Knox Central begins to sense the game is starting to slip away turns up the defensive pressure and #12 Nick Martin provides one of the most spectacular plays of the night.  The Panthers force Clay County into a turnover, allowing the Panthers to get in transition.  Nick Martin finishes the play with a strong 2 hand slam dunk.  Clay County regathers their composure as Hinkle scores two points with a strong post move.  Clay County leads 28-17 with 3:30 remaining in the half.  Knox Central #2 Zach Patterson connects with a three-point shot cutting the lead Tiger lead to eight points.  At intermission Clay County lead Knox Central 28-20.

The first few minutes of the Third quarter was all Clay County Tiger highlights.  The Tigers open the Quarter with a 5-0 run and extend the Clay County lead to thirteen points.  Knox Central isn’t going down without a fight and the Panthers have an 8-0 run of their own as the Coaches son #2 Zach Patterson connects with back to back three- point baskets and scores two points with a mid- range jump shot.    Fans on both sides are on their feet and the Arena has the feel and environment of a Regional Basketball Championship.  At the end of the third quarter Clay County leads Knox Central 44-39.

As exciting as the first three quarters were, the fourth quarter provided some of the best basketball of the entire tournament.  The teams traded baskets for several possessions, and the stars for each team shine bright keeping their teams in the game.  As the quarter is winding down the lead changes hands multiple times in the closing minutes of the game.  Clay County leads 54-52 late in the quarter, and Knox Central counters with a three-point basket.  The lead doesn’t last long as the Tigers answer on the next possession as Connor Farmer connects with a floater in the lane.  With thirty- three seconds remaining in the game, Clay County leads by three points and extends the lead to four points with a made free throw.  Knox Central will again counter on the next possession with a made three-point basket.  In the end Clay County grabs a crucial rebound on a three-point shot that could have tied the game for the Panthers and make their free throws to give the Tigers a six-point victory over the Panthers.  Clay County wins the 32nd Annual WYMT Mountain Basketball Classic Championship 65-59 over Knox Central.

Bluegrass Sports Nation was able to capture pictures, and videos of the player introductions and press conferences for several games of the tournament.  We were also able to do a Facebook live Video of the Trophy Presentation and ALL Tournament teams.  We hope you have enjoyed our coverage of the 32nd Annual WYMT Mountain Basketball Classic as much as we have.  Bluegrass Sports Nation is proud to promote and help create memories for Student athletes in the Mountains.  Please like, share, and continue enjoying our coverage of future events.  Bluegrass Sports Nation can be found under our Facebook page, twitter @BGSportsNation and our website @www.bluegrasssportsnation.com

Sponsor for the WYMT Mountain Basketball Classic has been provided by Appalachian Regional Healthcare.