High School Football – And So It Begins by Casey Allen 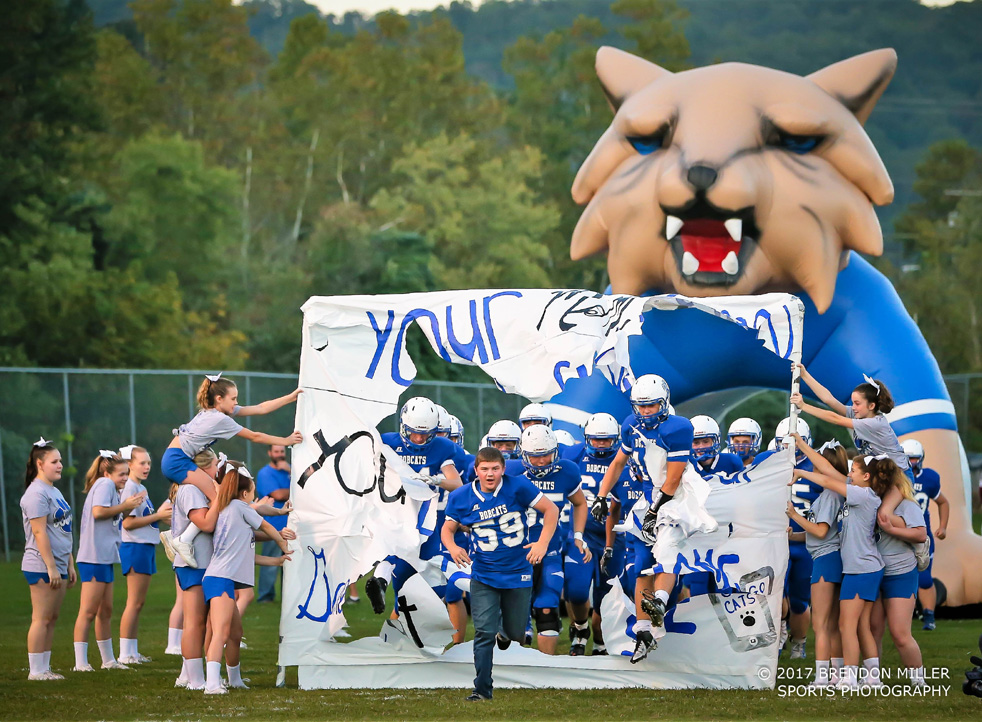 On July 10th at 6 p.m., Breathitt County High School Football Team’s 2018 campaign officially began.  The Bobcats have spent the past month practicing in the hot summer heat, with their minds set on the regular season.  While most kids are at home playing Fortnite or sleeping in, these Bobcats have been putting in work.  Countless drills, reps, and sprints have all lead up to tomorrow, when the Breathitt Bobcats travel to Montgomery County for the 71st Annual Rec Bowl.

The Bobcats are familiar with the Rec Bowl playing in it many times over the years.  The most recent game coming last season in which the Bobcats lost to the same Indians of Montgomery County, that they will be facing tomorrow, 47-12.  Breathitt is looking for a much different result this Saturday, however, they will have to do it without 3 year starter and senior leader, Quarterback Cameron Stacy, who is sidelined indefinitely with an injury.

Although Stacy being out is a huge blow, Braxton O’Hara, a sophomore dual threat quarterback, is more than ready to step in at the helm.  O’Hara has impressed the Bobcat faithful this summer with his ability to throw the ball down field, as well as run the ball.  Head Coach Kyle Moore, and Coach Mike Holcomb have both invested much time in the young O’Hara and are their teaching will be key in his performance and the performance of the entire team.

The Bobcat senior class is looking to return the Breathitt Program to a state championship level.  Coming off the 4-7, 2017 season, this senior class is looking to leave their own foot print and mark on  the prestigious Breathitt Football program.  Seniors, Chase Banks, Dustin Deaton, Braxton Eiserman, Tyson Gross, Delano Hardin, Chandler Howard, Charlie Hudson, Ethan Hudson, Ethan Moore, Jason Noble, Tyler Patrick, Nick Shelton, and Cameron Stacy, will be leading the 2018 den of Bobcats on their quest for hardware.

The Montgomery County Indians begin their 2018 campaign off a successful 2017 season in which they were 10-3 and advanced to the Regional Final, where they were defeated by eventual state runner up Madison Southern in the Class 5A playoffs.  Montgomery County is returning some key players from that Regional Final run in senior running back Justin Korossy, and a big time college prospect at wide receiver Pharoah Davis.  Also playing for the Indians is Adam McCune, son of former Bobcat First-Team All-Stater Rich McCune.

The 3 Keys to a Bobcat victory:

The Bobcats are looking to make a statement this Saturday by taking down the Indians in their home bowl game.  Kick off is scheduled for 7:30 pm Saturday at Montgomery County High School. The address is 724 Woodford Dr, Mt. Sterling, KY 40353.

As always, if you can’t make it to the game this Saturday, stay up to date by liking and following Bluegrass Sports Nation on Facebook.  Hope to see you there!