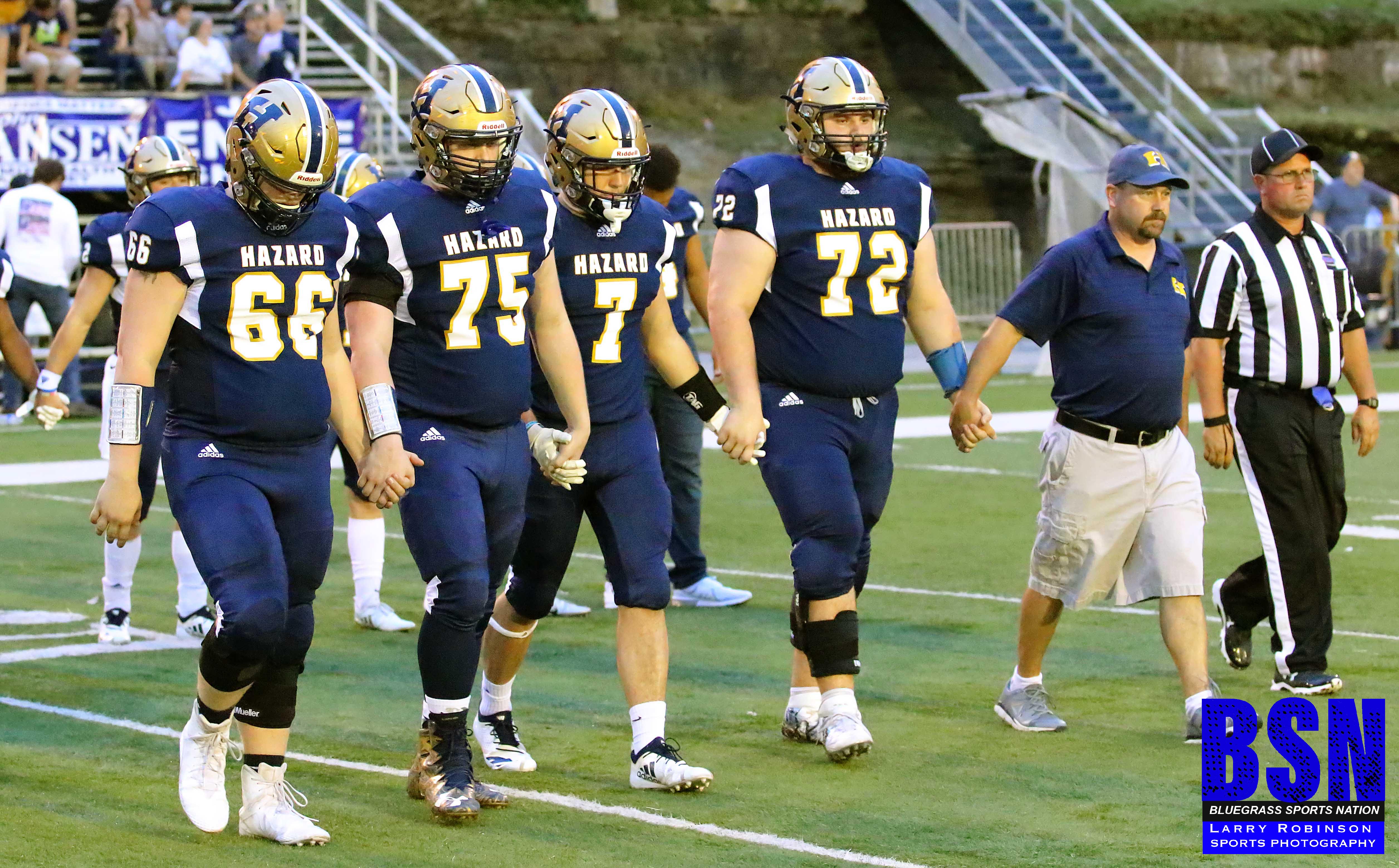 Just a few few years ago, the Phelps game was a way to get your starters a half of a game of live conditioning and a half of a game that allowed younger players to get some valuable in game experience against a varsity team. The game, even though it was a district game, was always a running clock affair. Fast forward to today and you have a Phelps team that has a record of 4-1 with wins over East Ridge, Sheldon Clark, Jackson County, and Fairview (a team that played in a state championship game only 6 short years ago in 2012, but vacated its wins due to ineligible players). The Hornets lone loss has came at the hands of a Tug Valley, West Virginia team. The Phelps transition to a winning program began in 2016 with the hiring of former Belfry and UK standout David Jones. Coach Jones brought his winning mentality to a program that needed a shot of confidence and a few wins to get going in the right direction.

This week as the Hazard Bulldogs prepare for the Hornets, no one on the field is taking them lightly, including the players. Hazard senior Andy Baker understands the work that the Hornets have put in and still respects and talks about their game at last season at Daniel Field. “They were the hardest hitting team we’d faced all year. They never quit all night,” Baker said. That physical game is burned into the memory of all the players that had a chance to play Phelps last season. Almost echoing Baker’s description was Senior offensive lineman Draven Goins, “They were a physical team and we shouldn’t overlook them.” This year’s Hornets team looks to be no different. On film the Hornets look like a well coached team. Their defense gets to the ball fast with good reads, good first steps, and they close the distance on the ball fast. They are a run first team that has averaged 230 yards per game and racked up 1152 yards on the ground this season. They are led by sophomore Dominic Francis who is averaging over 100 yards per game rushing. They do go to the air in order to keep teams honest and have collected 412 yards receiving. Senior QB Garrett Clevinger is completing better than 50% of his passes on the season going 23/44 with 5 touchdown completions. Clevinger’s favorite two targets are Brandon Turnmire (165 yards) and Seth Elkins (103 yards/1 TD). Defensively the Hornets have caused 14 turnovers with 9 fumble recovers and 5 interceptions. The quick hard hitting defense is led in tackles by Senior linebacker Zack Ramey (42 tackles), Junior defensive back Daniel Smith(35 tackles), and Junior defensive lineman Corey Collie (31 tackles).

The Bulldogs are coming off of a loss to district rival Pikeville in a barn burner of a game at W.C. Hambley Athletic Complex last Friday night. The Bulldogs are 3-2 on the season with their other loss coming at the hands of 2A Somerset. In what was a gem of a game last week, the Bulldogs fell in the fourth quarter to the Panthers 33-27 and started district play 0-1. The loss has sparked the Bulldogs this week in practice, however. The Bulldog seniors know they were very close to knocking off the #2 team in their class on the road and came into this week with a “back to work” mentality that saw some upper-class man leadership that had the team come in for two 6:00am workout sessions. In a game that saw the Bulldogs rack up 385 yards of offense, Hazard still has some work to do in order to be a threat come playoff time. Senior running back Skylar Pelfrey gained 213 yards on the ground last week and instead of being content with his performance showed in practice his willingness to be a leader and led one of the best practice sessions of the season. The team practiced fast and put in extra work. That is what they will have to continue to do if they want to compete on a high level for the remainder of the 2018 season.

To get back on the winning side of the scoreboard the Bulldog’s offensive line will have to continue to open up big running lanes for the Hazard running backs and give Bailey Blair time to throw down field. The front five of Goins, Beverly, K. Caudill, Couch, and Strong for Hazard has done an excellent job up to this point of the season with the backs gaining 761 yards passing/receiving and 1120 yards rushing. The defensive front of Holbrook, Brashear, Smith, and Adams also has to control the line of scrimmage in order to stop an explosive Phelps run attack. Hazard must continue their steady ways on offense with Blair at the helm. Open field tackling will be important this week as well. The Bulldogs struggled a couple of times last week to bring Panther QB Connor Roberts down in the open field. Hornet’s RB Francis has some of the same quickness and speed that Roberts used to give the Bulldogs trouble last week. Containing him near the line of scrimmage and tackling him in the second level will be important to keep Phelps off the scoreboard.

Every team is always searching for respect. For teams like the Phelps Hornets respect has been a long time coming and they are starting to work hard enough to earn it from their opponents. This Thursday night Hazard will roll into the Hornets Nest not thinking about a running clock and getting home early, but thinking about buckling up their chinstraps tight against an opponent that will be physical and giving them all they can give on every snap. This will be the final away game for a road weary Bulldogs team that has saw them get on buses every week but one so far this season. The next time they would have to travel would be the second round of the KHSAA State Football Playoffs. Game time this week will be at 7:00pm at Phelps High School on Thursday, October 4.

Thanks to our sponsors this week of our Hazard Coverage – Peoples Bank & Trust of Hazard, Dream Homes of Hazard, Scott Alexander – Perry Judge-Executive, Giovanni’s Pizza of Matewan and Perry County Tire!!