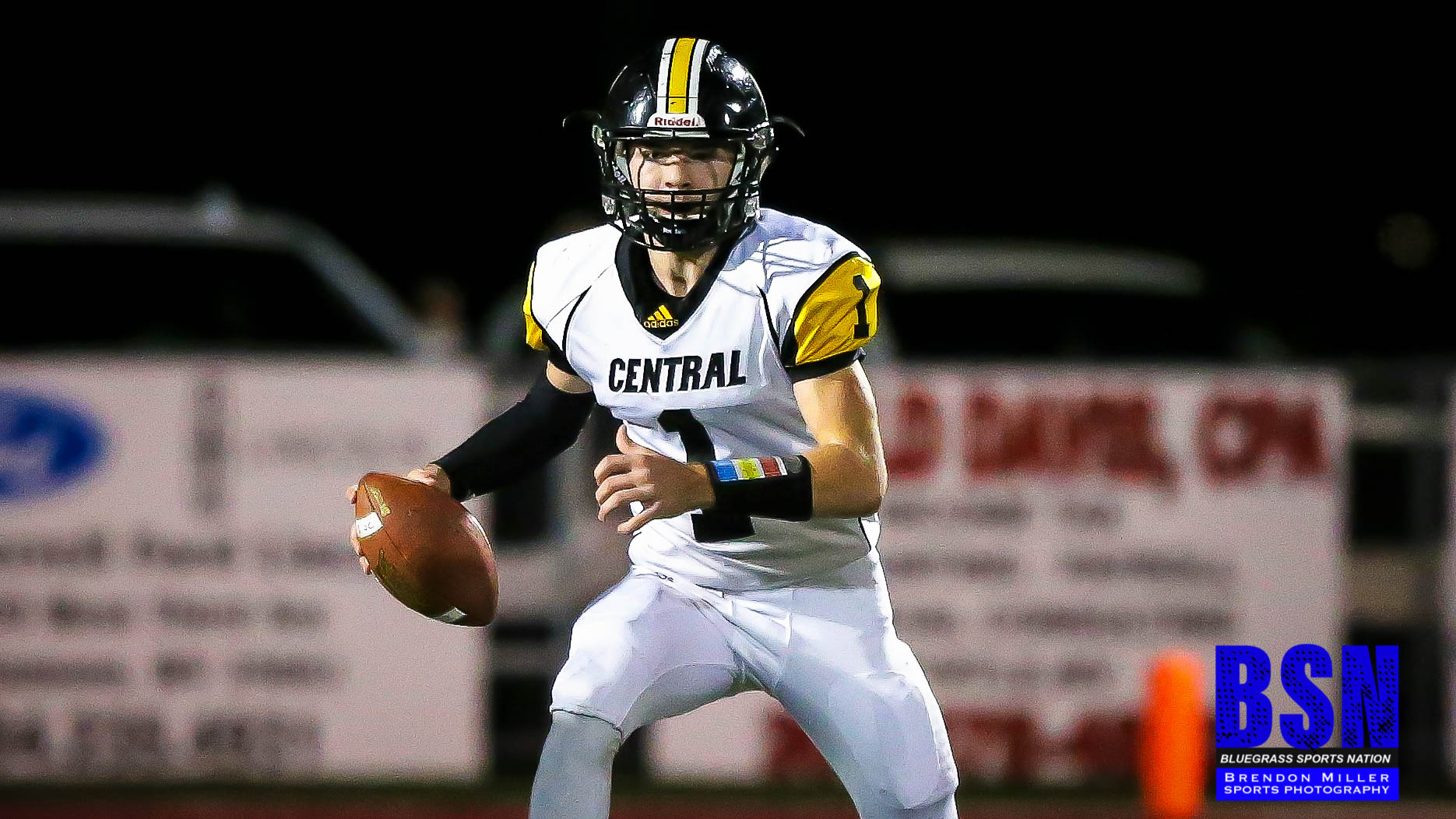 The Johnson Central Golden Eagles have been the beast in the East for the past several years in Class 4A representing the East in the state championship game each of the last three (3) seasons.  Johnson Central won the 2016 Class 4A State Championship beating Franklin Simpson by a score of 48-0.  Franklin Simpson returned the favor last season defeating the Golden Eagles 35-21.

The taste of defeat is a sour one to say the least.  This Eagles team has been on a mission since returning to the mountains after that loss as they got right back to work.  Any top notch program knows that Football is an all year round sport with many players being made in the weight room.  It’s not a shock that Johnson Central is back in the state semi-finals. Anyone who has watched a Jim Matney coached team knows that they are capable of great things.  The Eagles take a lot of pride in representing Eastern Kentucky and the town of Paintsville, and will be doing just that this Friday night as they host the Knox Central Panthers.

If the Panthers want to clip the Eagles wings this Friday, they will have to stop a high-powered running game that has scored 591 points on the season, the most in Class 4A.  Johnson Central has outscored their opponents by 407 points on the season.  Knox Central has scored a total of 407 points.  It’s a tall task for any team to stop Johnson Central’s run game.  If I told you that a team is averaging 45.4 points a game, you would immediately think they throw the ball a lot, but Johnson Central rarely throws the ball.  You know they are going to run it, the question is, can you stop it.  The truth is, in the Jim Matney era, not many teams have been able to stop it.

That doesn’t mean Knox can’t.  The Panthers have proven people wrong all season.  Let the haters keep hating, cause the Panthers are going to keep playing.  They play until the whistle blows and are a solid tackling team which is very important when stopping the run.  If Knox Central wins, their defense will be the reason.  When you allow 42 points in the regular season to a solid Franklin County team but only allow them to score once in the playoffs, that says a lot about growth and attitude.  Coach Fred Hoskins and his staff really have the Panthers hitting on all cylinders as of late.

Two mountain teams going at it for a chance to represent Eastern Kentucky in next week’s Class 4A state final.  Does it get any better than that?  I can guarantee that this one will be a physical contest.  If you like hard hitting, ground and pound type of games, this one is for you.  BSN contributor Scott Warren will bring you pics of action after the game!!!

Bluegrass Sports Nation wishes both teams the best of luck and look forward to covering whoever wins next week in Lexington!