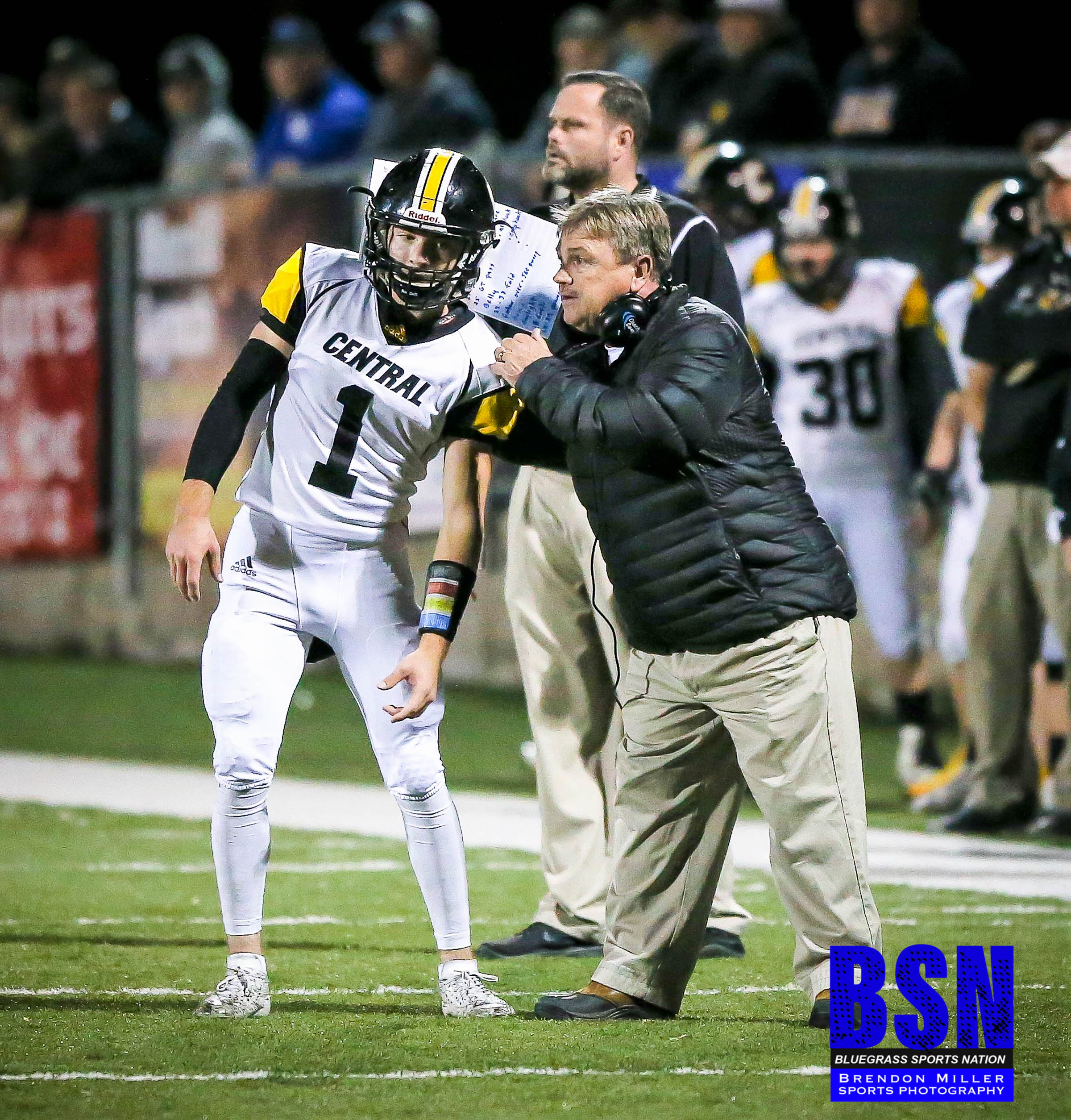 You have to go all the way back to 2014 to find a 4A state championship game that doesn’t have the Johnson Central Golden Eagles playing for a title. Since that time, the Golden Eagles have been on one of the best four year runs of any school, regardless of class. Over that span they have gone an astonishing 51-7. Head coach Jim Matney has put together a juggernaut of a mountain football program during that period and brought Johnson Central’s first state title home to Paintsville during the 2016 season. On Saturday, December 1st, the Golden Eagles will once again square off with a familiar opponent in the Class 4A Commonwealth Gridiron Bowl State Championship at Kroger Field.  For the third year in a row they will face off with the Wildcats of Franklin-Simpson.

The defending 4A State Champion Franklin-Simpson Wildcats enter the game on an impressive run, as well. The Wildcats have lost only 1 game since September 22, 2017, and that has been to a South Warren squad back on August 31, 2018. That same South Warren team is still undefeated and will be playing in Lexington this weekend as well, but for a 5A state title. Since taking over the head coaching duties from Tim Schlosser in 2012, Head Coach Doug Preston has been steady in leading the Wildcats to what has turned out to be a state championship birth in three consecutive seasons and a state title in 2017.

In what appears to be a very evenly matched game, the winner may very well be decided by who makes the best adjustments throughout the game. Both coaches are battle tested and smart, and neither will flinch as the game progresses. Both teams have almost effortlessly moved through the season. Both records are filled with games that were running clock affairs, with opponents scoring little, to no points, even against the JV crews. The Golden Eagles will enter the game scoring 650 points on the season, having averaged an astonishing 46 points per game (ppg). Couple that with them only giving up 204 points on the year, or 14 ppg and it is clear why they will play on the biggest stage on Saturday. The Wildcats will be bringing their own impressive scoreboard and stat book to the show as well. Franklin-Simpson has scored 587 points on the year and gained 41 ppg while giving up only 12 ppg. Both teams seem to be run first and run often. This game will probably be shorter than any other state championship game this weekend because of the run first mentality on both sides. Neither team has passed for more than 970 yards on the season, but both have around 5,000 yards rushing.

Johnson Central will enter the contest sporting a 2,200 yard rusher in running back Joe Jackson. Jackson has carried the ball 199 times this season and knifed his way to the end zone 29 times. Jackson also has help. Fellow running back Devin Johnson has gained 1,196 yards on 100 carries and 14 touchdowns of his own. The signal caller for the Golden Eagles is Riley Preece. Johnson Centrals run first offense has kept Preece’s numbers through the air low (53/97, 970 yards, 7 TDs), but Preece will bring something to the table that is as valuable to the option offense as throwing the ball and that is his legs. He has 843 yards rushing on the season. The ability for him to gain yards on the ground will ensure that at least 1 defender will be responsible for him alone Saturday. If the Wildcats do not stay with their assignments, Preece has the ability to pull the option and gain some very big yards. Defensively, the Eagles have only caused 8 turnovers on the season, but do have 39.5 QB sacs.

Franklin Simpson’s offense is started with QB Luke Richardson. On the season Richardson has completed 36/66 passes for 695 yards and 9 touchdowns through the air. The most offensive yardage has been produced by running back Tre Bass. Bass has 1,963 yards on 157 carries and has found the end zone 29 times. He is followed closely by Carlos McKinney who has earned 1,632 yards on 183 carries and 21 touchdowns of his own. Receptions have been limited on the year due to a heavy reliance on the ground game. Jevon Covington has led receivers with 19 catches for 327 yards and LeAndre Stutzman has hauled in 8 passes for 215 yards. As impressive as the offensive ground game has been on the season for the Wildcats, the defense has been equally impressive with a remarkable 37 take aways. The Wildcats have tormented opposing QBs on the season with 15 interceptions and 54 QB sacs. They also have caused 22 fumbles. This defensive prowess may be the turning point of the game for the Wildcats.

For what could turn out to be an old school, physical game on Saturday, both teams need to strap their helmets on tight! Both with big, physical lineman and hard, down hill runners, opposing linebackers for both teams will be tested on every play. Offensively, the edge would have to go with the Eagles and their 46 points per game and 2,000 yard rusher, Joe Jackson. Defensively, the edge on Saturday will go to the Wildcats and their 37 turnovers and 12 ppg given up. This could definitely be one of the most competitive games at the state championships this weekend. Kickoff is scheduled for 4:30pm on Saturday, December 1st at Kroger Field.