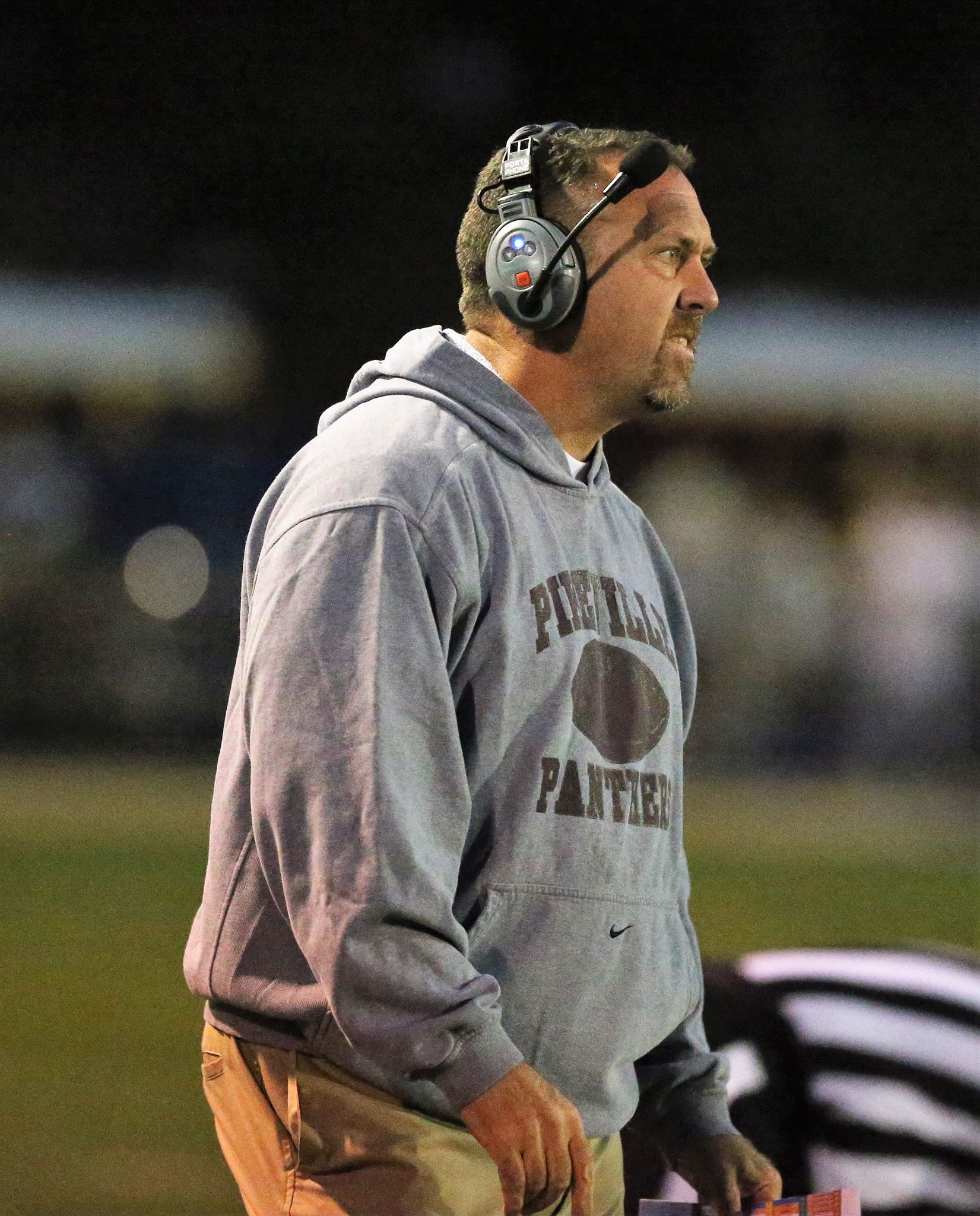 This is what the game is all about. Playing for the guy next to you with a common dream of winning a state championship. I can remember growing up playing football in the back yard and pretending I scored the winning touchdown in a state championship game. Only a select few get that opportunity. Only a hand full of players get to experience what it is like to play in a state championship game. Last year Raceland got to realize that dream as they defeated Pikeville on a last second field goal to send them to the state finals. Pikeville’s dream had turned into a nightmare. A nightmare that has played over and over in the minds of everyone in the community for a solid year.

Let’s face it, everyone wanted these two teams to play again. As a football fan how could you not want to see a rematch of such a close game? When the playoff brackets were released and seedings where established, the buzz began to stir about the possibility of these two teams meeting in the state semi-finals for the second consecutive year. For it to happen, Raceland would have to do the exact same thing it did last year, and that was avenge a regular season loss to Paintsville, which they did. Pikeville steam rolled their competition to set up the rematch.

By the time kickoff rolled around the Hambley Athletic Complex was packed full of fans from across the region. Letterman jackets of neighboring schools were in attendance to see the show down. High School Coaches whose season has ended were there to watch these two teams battle it out. The atmosphere was electric, and so was the game.

Pikeville won the toss and as they usually do, elected to receive. Coach McNamee’s Panther offense took the field and went to work. The Panthers converted a 4th and 1 on the opening drive that was nothing short of a gutsy call that early in the game. The Pikeville drive stalled out inside the Rams’ red zone, and just as the game ended last year, it began this year with a field goal. Panthers took a 3-0 lead with 6 minutes left in the first quarter.

After forcing a 3 and out, Pikeville began to drive again on the Rams. Leaning heavily on the offensive line lead by Bradyn “Bull” Hunter who recently got an offer from Marshall University, the Panthers were on the move. The Rams defense would begin to blitz heavily daring Pikeville to throw the ball. On a 3rd down and short the Pikeville offense attempted a run off tackle that would have been a first down had the Panthers not been called for holding. The penalty backed the Panthers up, forcing them into a 3rd and 14 situation. With such an aggressive defense, Coach McNamee and company dialed up a halfback pass. With a defense being overly aggressive it left the secondary on an island by themselves. That’s a matchup that Pikeville feels they will win every time. Campbell Dawahare took the hand off towards the right side of the line before dropping back and delivering an absolute dime to Christian Billiter who was well covered in the corner of the end zone. The Play went for 32 yards and the Pikeville lead was extended to 10-0.

The Rams offense now down 10-0 opened the playbook to try and light a spark. The Rams attempted a pass to a receiver on an out route who appeared to be open. Billiter proved he can do more than just play receiver as he intercepted the pass and returned it for a touchdown extending the lead 17-0. We weren’t even out of the first quarter and this one began to feel like a blowout.

Pikeville would add another score to end the half. Up 24-0 many Pikeville fans turned their attention to the Beechwood game. Several fans asked me, “What’s the score of the Beechwood game?” “Is Beechwood legit?” 24 minutes separated the Panthers from making reservations for the state finals.

Raceland was down but not out. They had to remain aggressive if they wanted to have a shot at coming back. It would take a total team effort in all three phases of the game to erase that big of a lead. They got off to an excellent start in the second half as track star Gunnur Lewis took the opening kickoff for a touchdown. The extra point was blocked and the Rams had cut into the lead 24-6. The Rams seemed to capture the momentum on that play as they completely controlled the 3rd quarter. In fact the Rams had cut into the lead further 24-12 with 50 seconds left in the 3rd quarter. Raceland was able to recover an onside kick to keep the ball going into the 4th quarter. Using only 36 seconds of the 4th quarter the Rams yet again cut into the lead. 24-19.

After forcing the Panthers to punt, all of the momentum was on Raceland’s side as they took the field with 7 minutes to go and a chance to take their first lead of the game! Defensive Coordinator Paul Sullivan said after the game, “ We had to make an adjustment, they were doing an excellent job up front in the second half. We went to a heavy 4 front, something we haven’t done all year. We haven’t really worked on it either, but these kids knew what to do and they did it.” After making the adjustment Pikeville’s defense regained the momentum on a tackle for loss, and a quarterback sack on 3rd down forcing the Rams to punt.

Pikeville’s offense made adjustments as well, doing something Bluegrass Sports Nation hasn’t seen them do while covering the Panthers….They went under center!!! On the very first play in the I-formation, Connor Roberts handed the ball off to his full back Jon Collum who blasted up the middle for a 54 yard run before being tackled at the 18 yard line. Collum would finish the drive off with a 3-yard plunge. Pikeville 31-19.

Pikeville had stopped the bleeding and regained control of the game. Connor Roberts put the final stamp on this one as he dove into the end zone for a late Panthers’ touchdown. The final score 38-19. These two teams showed what heart and determination is all about. Great teams deal with adversity head on and both of these teams did just that.

I commend Raceland for fighting back and having a shot. It’s a true testament of the Rams’ character. They have absolutely nothing to hang their heads about in this one. They never gave up and neither did their fans. Raceland will be back!!

Pikeville on the other hand, has now gotten the monkey off their backs from a year ago. They can now turn their focus to the state championship game. Having said that, the Panthers has dominated all but one quarter during the playoffs. Their third quarter debacle could be the best thing for the Panthers heading into the state finals.   With Beechwood on the horizon, having a 3rd quarter disaster like they had should serve as an eye opener. Against Beechwood….that can’t happen. No doubt the Pikeville Coaching Staff will have the Panthers ready to roll Friday at Kroger Field. The City of Pikeville is ready for Friday…Bluegrass Sports Nation is ready for Friday! Are You Ready For Friday?!?!?!?!?