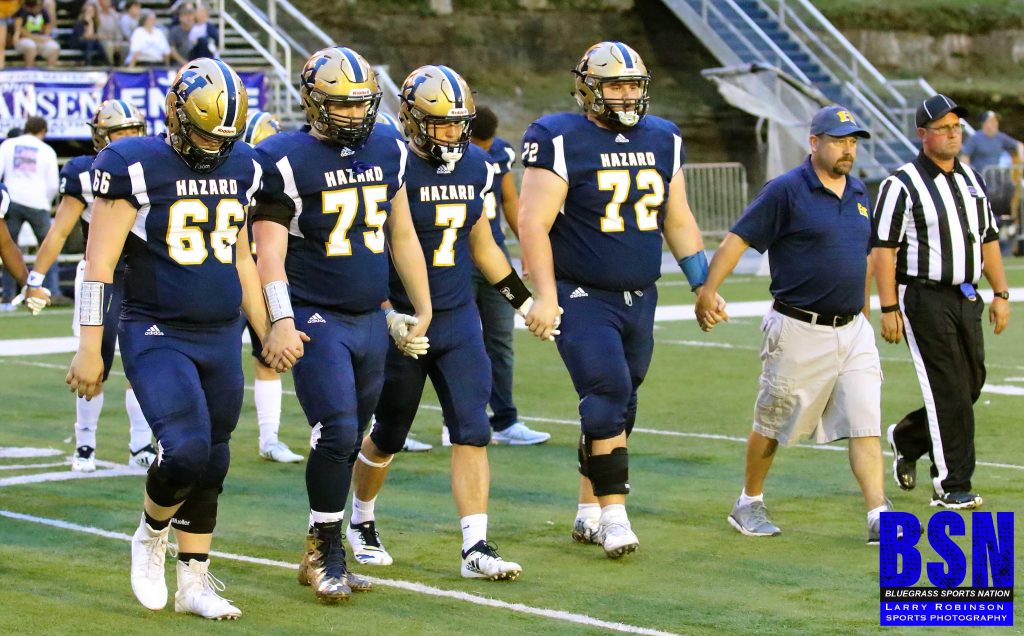 One of the biggest in class rivalries in the East will have its first round this Friday as the Hazard Bulldogs make the hour journey to district foe Pikeville. For much of the last 10 years the region has ran through one of these two teams. As of right now that seems to be the way things will go again this year, barring an upset by an up and coming Phelps team. The two perennial powers are no strangers to each other. Both teams and coaching staffs are familiar with the others offenses and defenses, and like years past this one may end up being another battle.

On paper both teams look very similar. Hazard has played 1 less game but the averages per game are almost identical. Pikeville will enter the contest at 3-2, with the two losses coming in back to back games against Belfry and Point Pleasant, WV. The Panther’s wins have came against Covington Holy Cross (46-0), Lexington Christian (50-7), and Paintsville (36-13). Hazard will enter the game 3-1. The Bulldogs started the season 2-0 against a couple of 5A District 8 opponents in the Harlan County Black Bears (43-26) and the Letcher County Cougars (43-14) before falling at the hands of a very stout Somerset team. The Bulldogs were able to get their feet back under them last Friday night and defeated the Prestonsburg Blackcats 44-12. This game, like most rivalries, can be describe with the old cliche of being able to throw the records out the window, though. With something riding on this game (home field through the 4th round of the playoffs) both teams will come into the contest prepared and knowing what is at stake. While a loss by either team is by no means the end of their season, it does make it more difficult for a deeper run in the playoffs and on to Kroger Field on November 30th .

For the Bulldogs to come out on top they must do 3 things: Control the ball on offense, contain Connor Roberts on defense, and win the battle between the tackles. Hazard has relied heavily this year on the running of Skylar Pelfrey, Reece Fletcher, and Trajon Campbell. For them to control the clock, these three must have big games. The Bulldogs must contain Connor Roberts also. Roberts is their leading passer and rusher for the season with 862 passing yards and 622 yards on the ground. Limiting this dual threat QB in the run/pass option offense the Panthers run will be key in controlling the game. Finally, the Bulldog big men must win most of the snaps. They must move people on the offensive side of the ball and control the guy in front of them on defensive downs.

You can’t ask for much more in a late September high school football game than what will be on the field Friday night. With bragging rights and home playoff implications at stake, these two teams will slug it out in a battle that should be worthy of a playoff type atmosphere. When the dust settles we should have a good understanding of how the Class A district 8 playoffs should play out. Game time is set for 7:30pm at W.C. Hambley Athletic Complex.