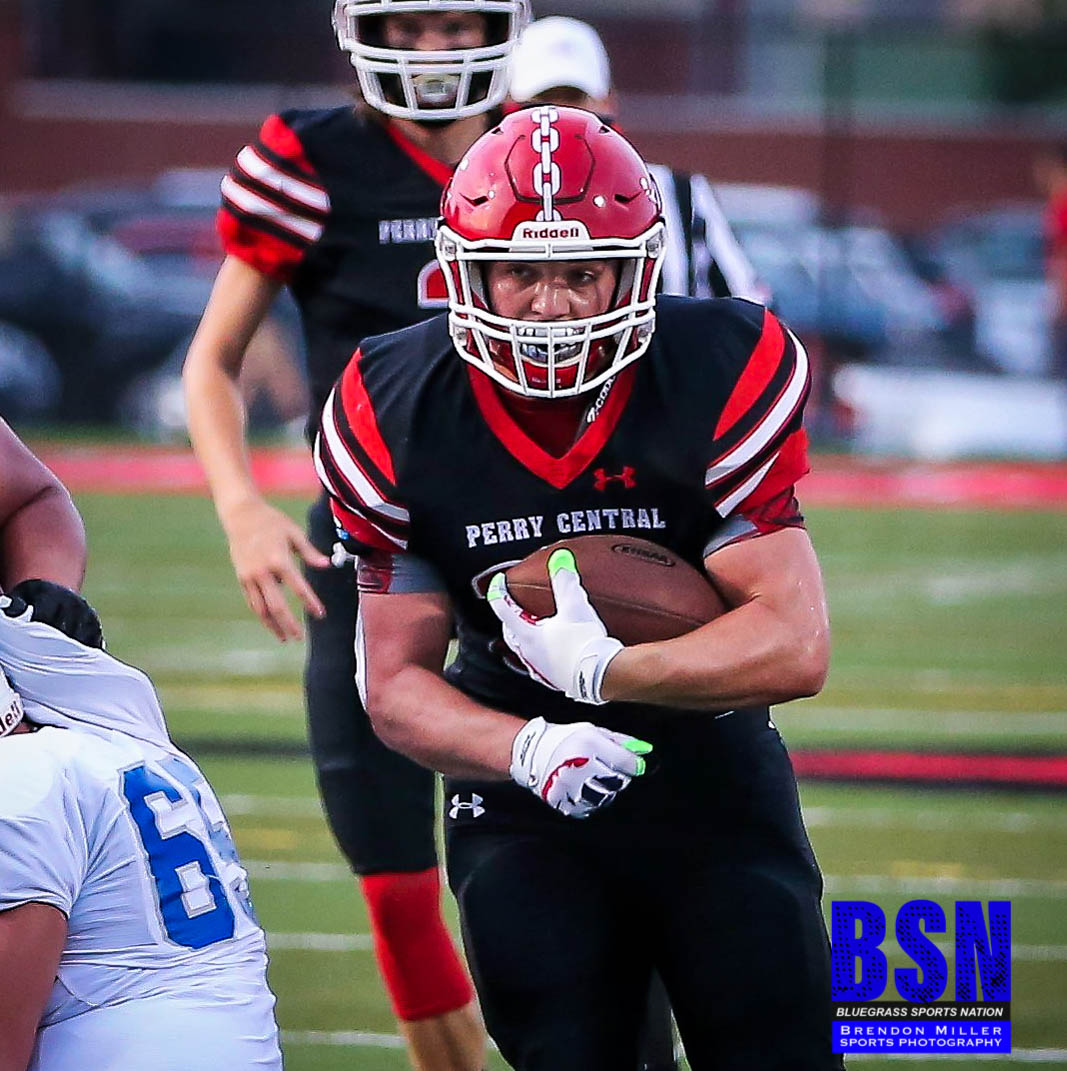 The Perry Central Commodores moved to 2-0 on the young football season Friday night after a monster night from Jayden Neace on the ground.

Last week, Neace racked up five touchdowns against McCreary Central and impressed folks statewide. Friday, he added seven more to push his season total to 12 TDs as his Commodores took down the Breathitt County Bobcats, 54-39.

“I’m just glad he plays for us,” Coach Ovie Canady jokingly said after the game.

He says Neace’s accomplishments come after a lot of hard work.

“The kid’s earned every bit of it. He lifts weights before basketball practice (and) after basketball practice. Outside of that season, he’s there every day,” Canady added. “He’s one of the strongest two of three kids we’ve got on the team.”

The game looked to be well in hand for the Commodores when they went into halftime up three scores, but the game turned into a shootout in its later stages. The teams combined for 46 points in the fourth quarter where the Bobcats connected on several long bombs while the Commodores continued to grind things out with the running game.

“Being a defensive coordinator, it’s frustrating,” Canady vented after the game. “We put ourselves in some of those situations with some silly stuff we did. We just have to clean up our own errors.”

Late in the second half, the Commodores’ Ethan Eldridge went down with a neck injury and had to be stretchered into an ambulance. Canady says the word from the hospital was positive.

“He was moving and had feeling in all his extremities…He’s okay,” Canady said.

Breathitt falls to 0-2  and will contend with Floyd Central at home next week in their annual Honey Bowl game.

The win makes Perry Central’s eighth straight win over the Breathitt County Bobcats since they first defeated them in 2009. The Commodores hit the road for the first time of the season to take on Knott County Central next week.