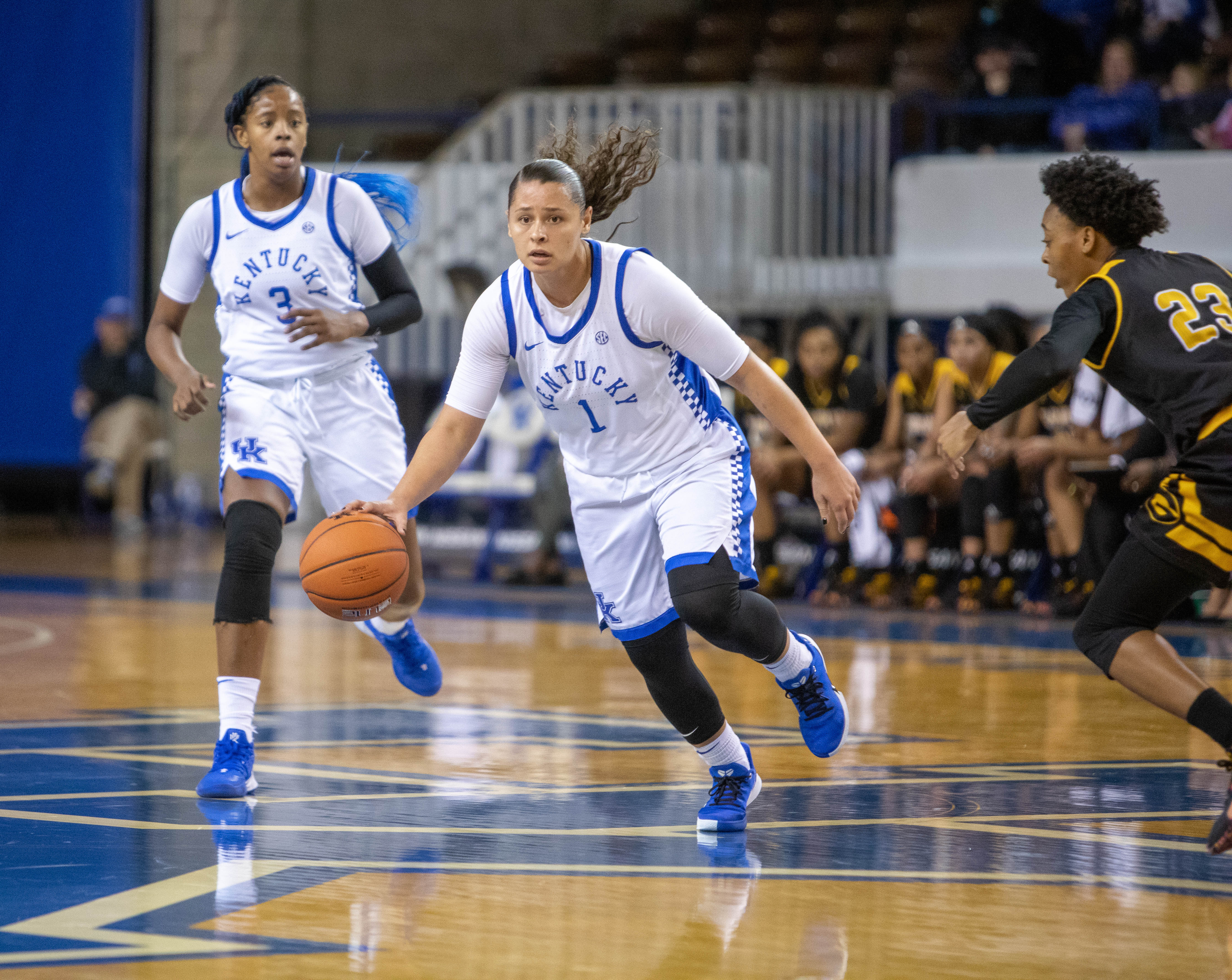 Howard made 10 of her 18 shots from the floor, including two of seven from behind the arc, while making seven of eight from the free throw line to account for her 29 points, the same number she scored against Southern last season.

Kentucky (8-0) forced 22 Charlotte turnovers and scored 24 points off those miscues. The Cats had only eight turnovers in the game, and the 49ers converted those into eight points.

The Cats would end the first quarter hitting 10 of 16 from the floor and five of seven from behind the arc, outscoring Charlotte 29-9 through 10 minutes of play. Howard had 13 first-quarter points for Kentucky. The 29 points mark Kentucky’s highest-scoring quarter of the season.

The onslaught continued early in the second quarter, with Kentucky scoring the first seven points of the period to take a 36-9 advantage. Charlotte would score the next five to cut the lead to 36-14. The Cats would stretch the lead back to 26, but the 49ers scored six in a row, and appeared to be heading to the locker room down just 20. But Howard was fouled with 0.7 seconds left in the half, and she converted two of three free throws, giving the Cats a 44-22 lead at the half. Howard had 19 points in the game’s first 20 minutes.

In the third quarter, Kentucky made just one of its first five shots, and Charlotte was able to cut the lead to 46-27. Later in the period, Kentucky got things going offensively and assembled a 14-2 run, including eight in a row, to lead 60-29. Kentucky would outscore Charlotte 18-11 in the period and would take a 62-33 lead into the fourth quarter.

Kentucky started the fourth quarter on a 6-0 run to lead 68-35. The Cats would continue to stretch its advantage in the fourth quarter, closing the game on a 14-2 run to establish the biggest lead of the game, 47 points, at the end of the contest.

Kentucky returns to action on Sunday, hosting Samford at Memorial Coliseum. Tipoff is set for 2 p.m. and the game can be seen on SEC Network Plus.