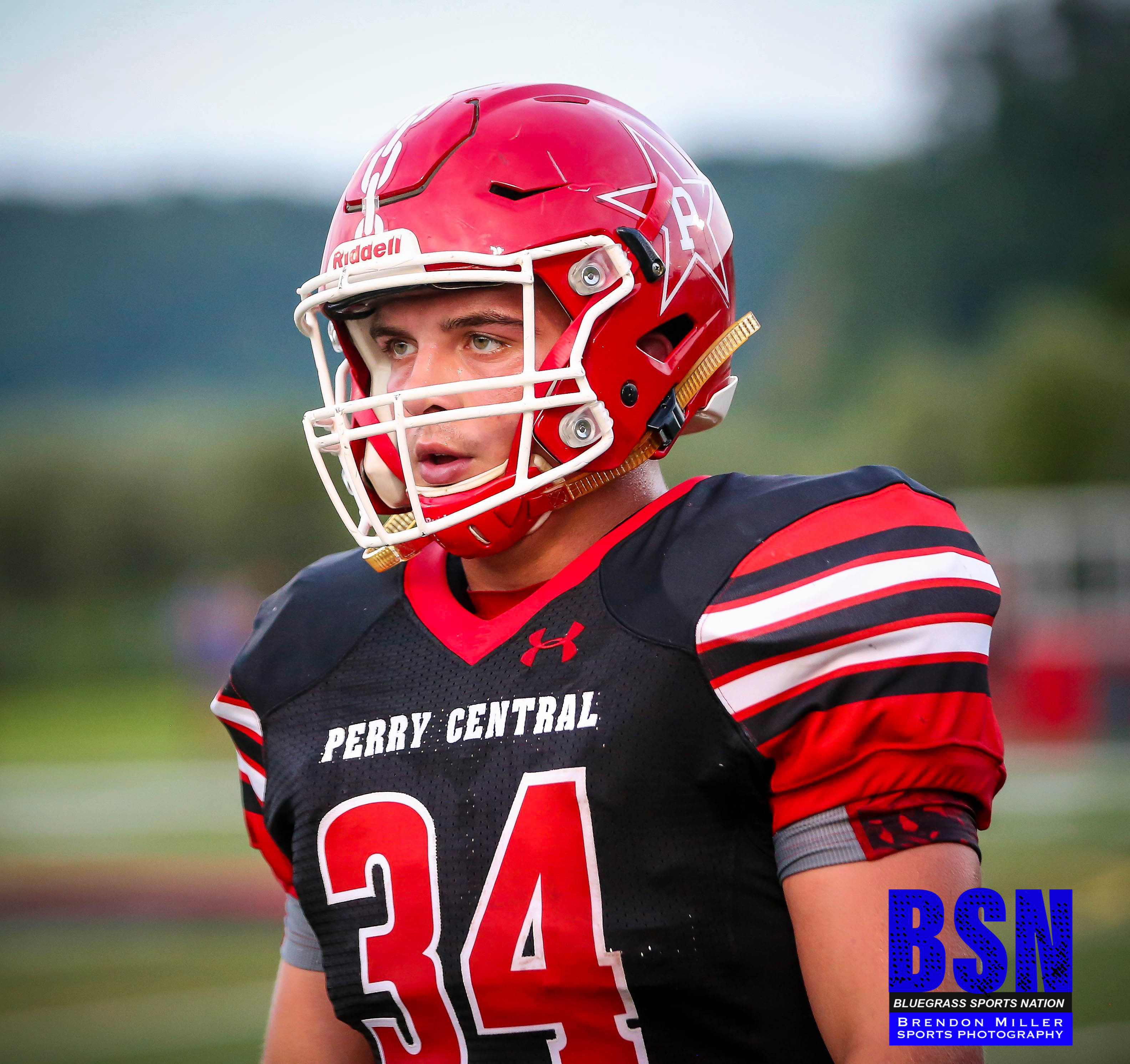 The Commodores notched their first win of the 2018 football season after a monstrous showing from Jayden Neace in the first half against the McCreary Central Raiders Friday night.

Neace punched in five touchdown and racked up 164 yards in his first game under Perry Central Head Coach Ovie Canady. The Commodores took down the Raiders in a running-clock affair, 48-18.

“I’m really proud of how both sides of the ball performed tonight. Our offense showed good signs of passing and running and our defense played like some wild animals the whole night,” said senior running back Jayden Neace. “We give God all the glory though.”

The new-look Commodores picked up their first win on a muggy night in Hazard, marred by lightning delays that pushed the final horn of this one until after the 11:00 p.m. mark. While the win was one fans and players had to wait a little longer to witness, Canady said it has been a really long time coming for him.

“I told the kids it’s been ten years coming for me. I’ve waited a long time to get another opportunity,” Canady said. “They played hard and they got that first win. It’s good to have it behind us.”

Friday night may have been Canady’s first night as the Commodore leading man, but he is no stranger to walking the sidelines as a head coach. A veteran on the gridiron in eastern Kentucky, Canady was the head coach at Evarts from 2001-2007. After Harlan County Schools made the move to consolidate high schools in the county, Canady joined Coach Tom Larkey’s staff at Harlan County High School.

Larkey and Canady brought success to the newly-formed Black Bear football program, with state semifinal appearances in 2010 and 2012. By 2015, Larkey was headed to Perry Central to take over the Commodore program and Canady made the trip across the mountain with him. The two inherited a program coming off a 1-9 2014 season. Last year, the team finished the regular season with a 7-3 record and rattled off six straight wins to start the season. In that six-game win streak, Larkey earned his 300th win as a head coach.

With 300 wins under his belt, state semifinals appearances at Harlan County and state runner-up finishes at Rockcastle County, Larkey decided to retire after the 2017 season.

Canady saw a lot of potential in his team, but says there is still work to do.

“We played well defensively. Offensively, we had a couple turnovers we need to clean up,” Canady stressed. “(As for) kick returns, we need to learn to close lanes a little bit better. But I thought our kicking game looked better than it did all year last year. Coach Combs is doing a great job with it.”

Canady’s Commodores are back in action next week at Commodore Field against the Breathitt County Bobcats.