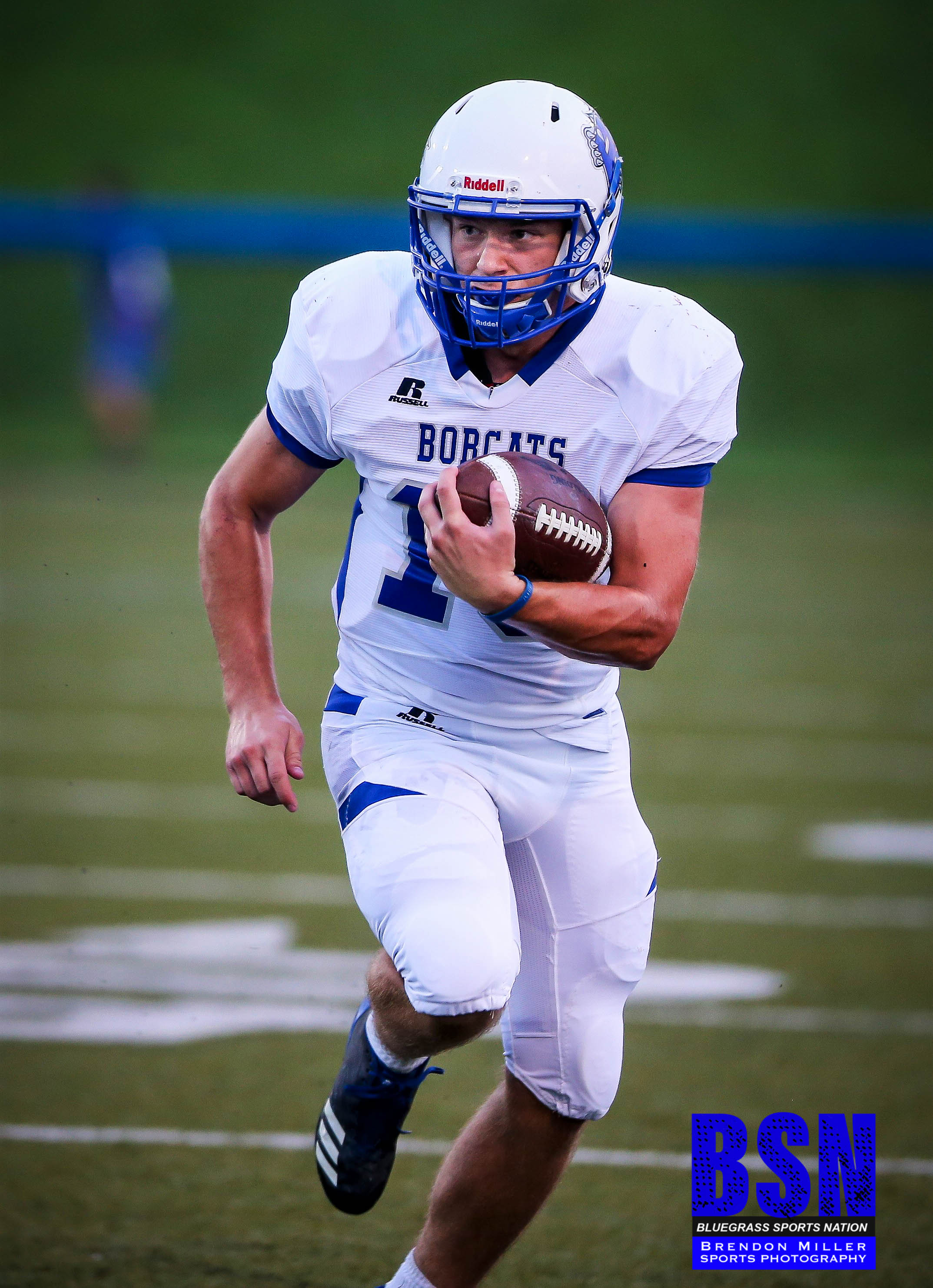 The Breathitt County Bobcats are looking to bounce back after a tough loss to Montgomery County as they make the short trip to Perry County Central this Friday night.  The Commodores are a familiar foe of the Bobcats as they have built a neighboring rivalry over the past few years.

Perry County Central opened their season with a dominating victory of McCreary Central. Coach Canady was quick to point out that it may not have been as dominating as it looked from the stands. “I don’t know if it was a dominating performance,” Canady said. “It was 20-6 at one point, 27-12 at another point. We had some costly turnovers and we made some errors in other parts of the game that we have to fix. We gave up some big plays that we need to cut down on also.” Leading the way for the Commodores was Jayden Neace who rushed for 164 yards and 5 touchdowns. All of which came in the first half of play. PCC runs a diverse offense in which they will line up in power formations as well as the spread. The diversity of their offense makes it hard to game plan against. Making it even tougher to game plan against, the Commodores have play makers all over the field. Jayden Neace is their work horse, but they also have a thoroughbred in Ethan Eldridge who is hard to catch once in the open field. Cameron Brown the signal caller has a laser of an arm, and he has a big-time target in Noah Back.

Defensively, The Commodores are stiff. In the first half of last week’s game, they only allowed 13 yards of total offense. Jordan Feltner lead the way as he recovered 2 fumbles and made several tackles. You can look for Perry Central to bring pressure, as they blitzed their linebackers quite often. Their defense is designed to play fast and force you to make mistakes. Perry County Central did just that last week forcing 5 turnovers. I asked Coach Canady about what he sees as the biggest challenges with the Breathitt County Bobcats coming to Commodore Field. “ On Defense they have some big strong kids who have improved a lot since last year. We have to be able to move them off the ball. I don’t think Montgomery really did that last week. They had a lot of huge plays off misdirection and pass plays to the Pharoah kid. So, in order for us to be successful we have to block those big guys they play up front. Similarly, on defense we have to keep them from blowing us off the ball. They created some huge holes in their game and scrimmage. We can’t allow that to happen, if it does the QB and #26 will run all over us.”

When asked what the Bobcats have been working on since the loss to Montgomery County, Coach Moore said, “We have been working on getting better at what we do offensively and defensively. Tackling is something we have to do a better job of. Perry has a really good running back but can also throw the ball around making them a tough balanced team.”  The Breathitt County Bobcats offer a formidable challenge themselves. Young dual threat quarterback Braxton O’hara showed he is more than capable of leading the bobcats. O’hara was forced to grow up quick facing 5A contender in the Montgomery County Indians. On the first offensive possession, O’hara ran the ball down the Indians’ throat, capping off the drive with a 19-yard scamper to pay dirt. Dalton Manns stepped up and delivered a score of his own on the ground. Tyson Gross, Ladaniel Whitaker, and Brandon Slaughter give the Bobcats the ability to run the spread offense.

Keys to a Bobcat Victory:

Keys to a Commodore Victory:

The atmosphere at Commodore Field will be rocking this Friday night. The game will showcase some of the regions premier athletes. A real showdown between two excellent programs, lead by two outstanding head coaches.