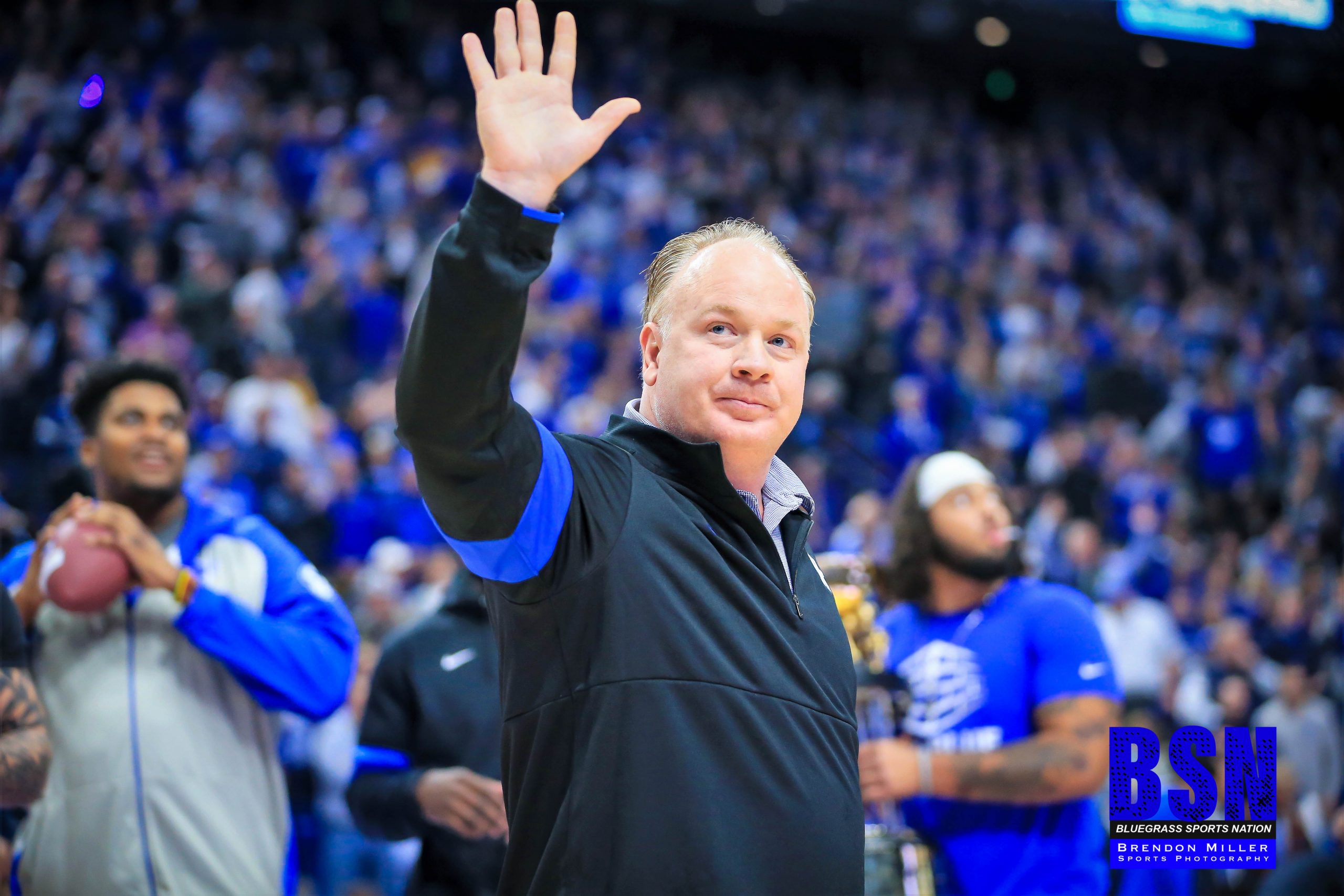 Mark Stoops was all smiles following the first day of the early signing period on Wednesday.

“We’ve been recruiting him for a long time,” Stoops said. “And Beau, that was a big, big piece of this recruiting class to sign Beau. He was extremely important to us for a long time. And really built strong relationships with him and his family and really important to have him in our program. So we’re grateful to have him and looking forward to big things from Beau.”

Among the top signees was the addition of Auburn transfer Joey Gatewood.

“The addition of Joey Gatewood was also really important, when that opportunity arose just a month or two ago and we started recruiting him and where we were at with quarterback this year, it was important,” Stoops said. “We never want to be caught thin again with departures or with injury.”

Overall, Kentucky signed 11 offensive players and eight more on the defensive side of the ball. Stoops said he expects four more “significant additions to this signing class.”

“We really had an exceptional day,” Stoops said. “You’ve heard me talk many times about build, select and develop and as we get better and continue to recruit, we can be more selective and make sure we are recruiting the players that best fit the University of Kentucky and best fit organization.”

“This has been a great day,” Morrow said. “It’s one of our best classes we have signed since we have been here. Coach Stoops is very excited and our whole staff is excited.”

Stoops said most of the signees were offensive and defensive linemen, which he said fulfilled the team’s basic needs within the Class of 2019.

‘We needed some tackles and I I felt like we met that need,” he said. “Some of them are really big and we recruited four of them.”

Stoops said his team’s focus on the recruiting trail has been the team’s success during the past four seasons. Kentucky will make its fourth consecutive appearance in the postseason on Dec. 31 when the Wildcats will take on Virginia Tech in the Belk Bowl.

“These guys know the history that we’re going to bowl games and won a New Year’s Day bowl game a year ago and won 10 games and beat Penn State and going to a bowl game this year and overcome some adversity and still a fun program to be around — that’s what they know,” Stoops said. “We don’t have a hard time.”

Stoops said his recruiting strategy hasn’t changed since he took over as coach of  the Wildcats.