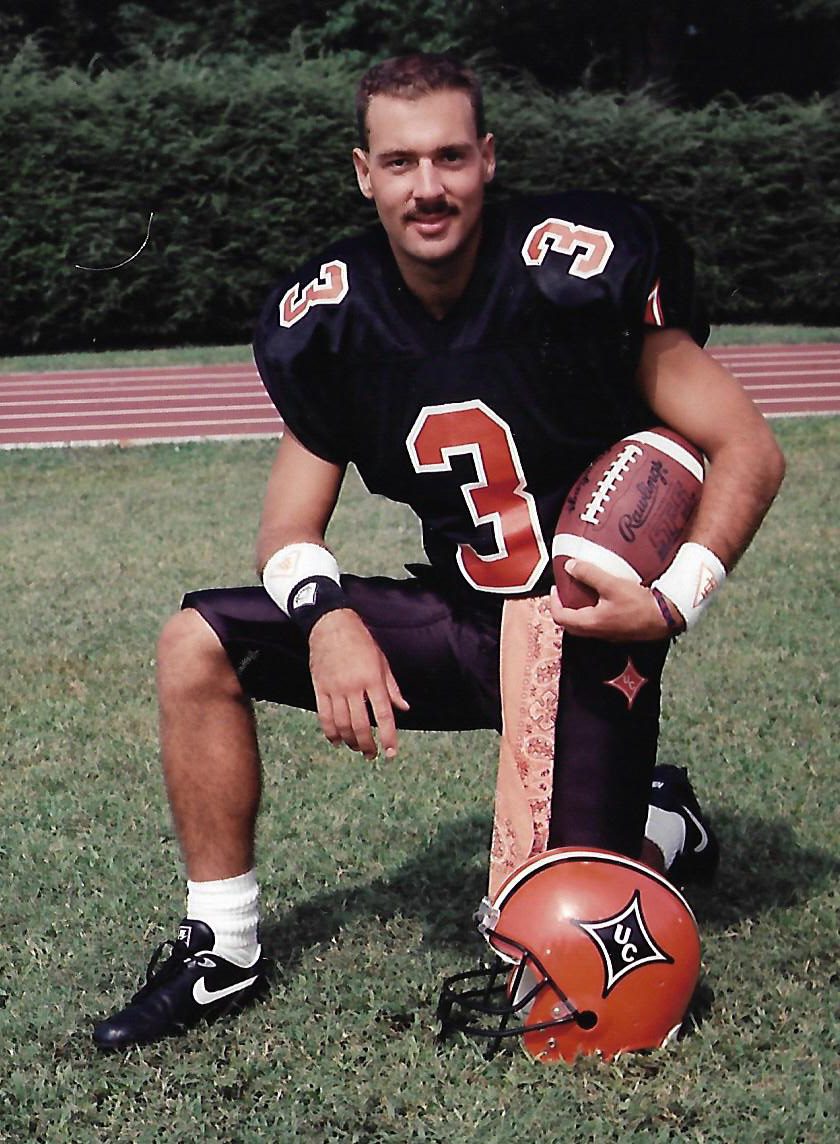 (JACKSON, Ky.) – In the annals of UK Sports history, Adolph Rupp sits indisputably at the kingdom throne of the Big Blue Nation. The Baron of the Bluegrass, with his recognizable balding pate and heralded nasal twang, was instrumental in the coronation of the Kentucky program as the greatest tradition in the history of college basketball. Life-long Wildcat fans, together with future die-hard generations to come, owe much of their current and ensuing glory to the basketball genius of the man in the brown suit.

Here closer to home, I’d like to similarly recognize Brendon Miller—the man in the gray sweater vest. He’s the Adolph Rupp of Bluegrass Sports Nation fame. Like Coach Rupp, Brendon (with his receding hairline and rapid-fire Breathitt County drawl) has propelled his fledgling media start-up into one of the most widely popular outlets in Eastern Kentucky. Many of you already know Brendon and appreciate him painstakingly and faithfully capturing the photographic action at seemingly every single local, regional, and national sporting event around. What you may not know is that Brendon has done all this while working full time at his law practice while fulfilling his role as loving husband to his lovely bride, Elizabeth, and father to their two boys, Evan and Carson.
Just recently I was thrilled

to learn that Brendon has received another prestigious and well-deserved honor from his alma mater. The 1992 Cum laude Graduate and former football jock will be inducted into the Union College Athletic Hall of Fame on April 25. “I am just proud to be from Breathitt County and represent our community throughout my athletic, legal, and now media careers,” he said devotedly. “Was once an athlete, now just an old lawyer and photographer. The Lord has blessed me mightily!”
Watching Brendon scramble with cameras in tow, I believe the guy could still play. The hall of fame statistics speak for themselves. Who is this guy—Superman? The All-Conference and All-District punter and kicker, four-year varsity athlete, and First-Team NAIA All-American led the nation (NAIA Division II) in punting average in 1991. He still owns the record for longest punt in school history with a 73-yard boot against Georgetown. Thriving under pressure, the Special Teams Player of the Year also delivered game-winning field goals in back to back weeks as time expired against Lambuth University and Evansville University. Add to that First-Team All Mid-South Conference and All NAIA District 32 honors together with Mid-South Academic All-Conference and NAIA District Scholar Athlete honors, and you realize Brendon is the complete package. And oh yes, he also lettered in both 1989 and 1990 as a pitcher with the Union College Baseball Team.
Last football season, Brendon and I spent many weekends together covering the Cincinnati Bengals. Riding side by side for all those highway miles, I got to know Brendon pretty darn well. On each of those trips, we not only talked sports but managed to share personal stories while solving many of the world’s most complex problems. During those endless drives up and down I-75, I learned about Brendon’s intense work ethic, his commitment to community, and his boundless energy for life. I sensed a love of country, a respect for the rule of law, and a devotion to family that oozed confidently from his friendly, gregarious demeanor. Despite his Union College stats, however, I learned that Brendon is NOT superman. He struggles with his hopes and dreams just like the rest of us. In other words, I discovered in Brendon a great friend–a real live human being facing real live challenges who remains intent on treating people right.
Congratulations on your induction. Bravo, well deserved. It’s about time—Miller time!
John Huang is a retired orthodontist turned sports journalist. He currently works as a columnist for Nolan Media Group and Bluegrass Sports Nation. If you enjoy his writing, you can read more at www.huangswhinings.com or follow him on Twitter @KYHuangs.