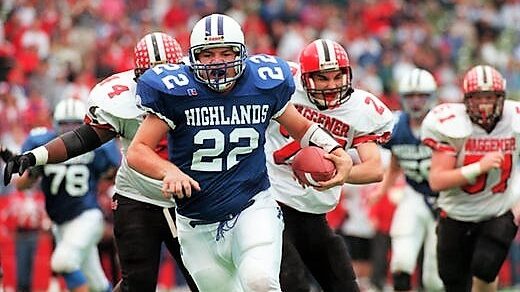 Headlines across the Commonwealth of Kentucky all proclaimed, as if hollered from a mountain roof-top, that Jared Lorenzen had passed. Jared was many things, and different things to Kentuckians.

Others remember him as the homegrown Kentuckian who led Kentucky’s Wildcats as its record-setting QB. Lorenzen became Kentucky’s all-time leader in passing yards (10,354), completions (862), and total offense (10,637 yards).

He had a cannon for an arm. His feet were surprisingly quick, nimble, and agile. He was a fantastic athlete whose speed and quickness belied his size. More than any of that, he was Kentucky’s very own.

As the author of this piece, I was never fortunate enough to know Jared. I wish I had. He had become a friend of Bluegrass Sports Nation’s Brendon Miller.

When we talked to Miller earlier today, Miller related that Jared and he had talked about Jared possibly covering some of the Bengals’ home games for BSN. BSN has media credentials, of record, with the NFL team and regularly travels to Cincinnati to cover both the Bengals and Major League Baseball’s Reds. Miller said, “Just a great guy, just like talking to your friend, not one of the greatest quarterbacks in Kentucky football history or a Super Bowl Champion. Great loss for the Commonwealth.”

The papers all reported Jared’s struggling with his weight both during and after his playing career. It was further reported cardiac and renal issues had finally sacked the fleet and deceptively quick-footed large target, after his having been hospitalized to address the health issues.

Jared’s mother, Janet Hermes, released a statement relating the deep sadness experienced by her having to report his having passed. Bluegrass Sports Nation, like all of Kentucky, would join with Jared’s family and children in an effort to help shoulder the weight of that sadness.

Was he a true Wildcat, sure. What he was even more than that was a true Kentuckian.

In an age where Universities recruit fewer and fewer athletes to play for the home-school, here was a QB from UK’s back yard. Jared Lorenzen was a Mr. Kentucky Football, a KHSAA Football Champion, a Highland High School Bluebird. He wasn’t like the kid next door, he was the kid next door.

Watching Jared Lorenzen play football, with his weight issues, boyish charm, deft, quick, and athletic feet which seemed to defy his heft, was like looking in the mirror and seeing yourself as Kentucky’s quarterback. He was an everyman’s football player.

We loved him because, in an age where most quarterbacks are life-sized, Ken Dolls, he looked like us. He could have been the guy down at the YMCA with whom you play pick-up basketball as easy as he was an East Division, SEC, all-time great at the quarterback position.

He didn’t conform to molds. He didn’t fit into the prototype. He just was who he was; and he was exceptional.

Fletcher Long is a writer for KentuckyPregGridiron.com and Bluegrass Sports Nation.