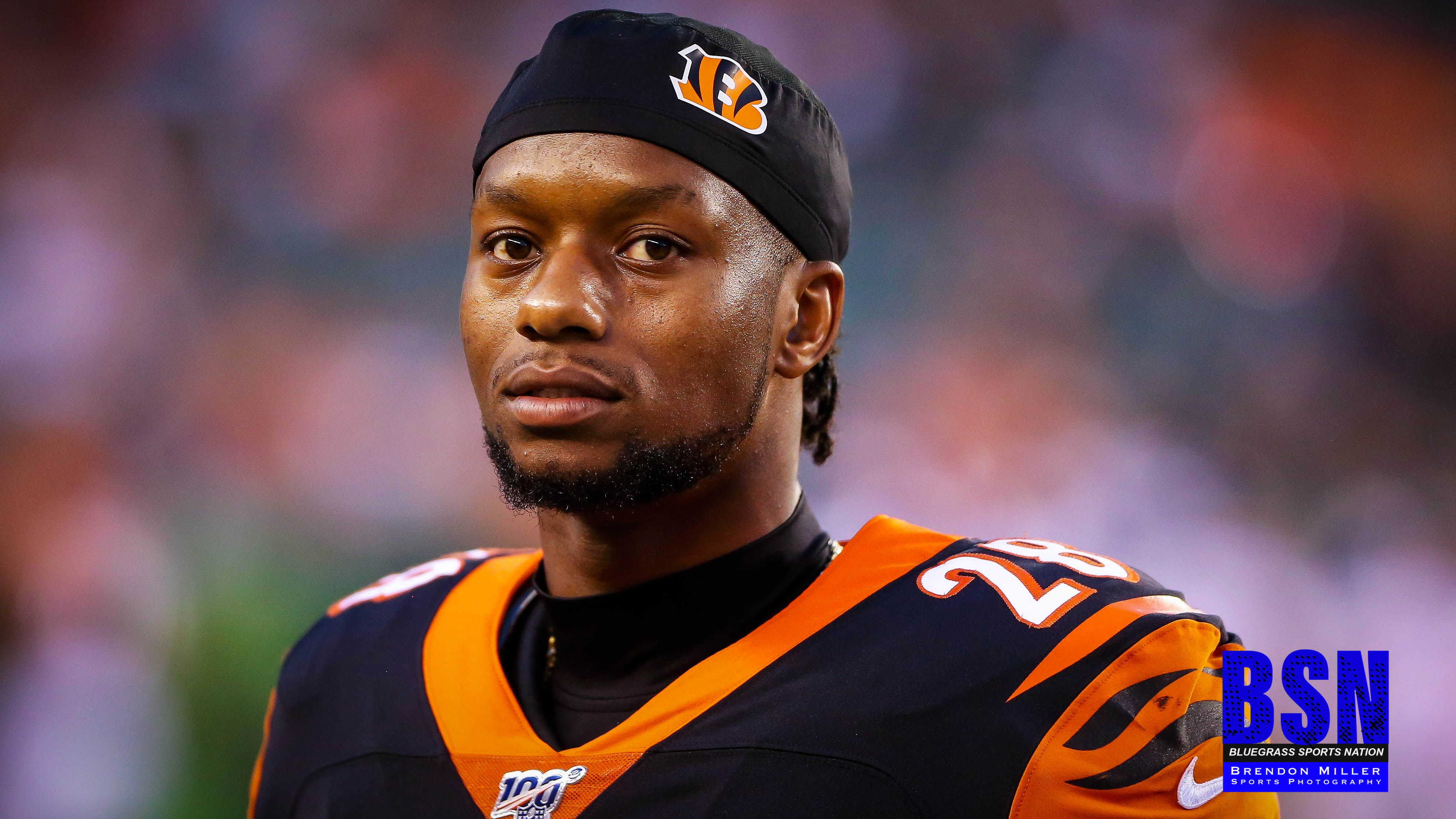 Bengals rookie quarterback Joe Burrow secured his first NFL victory Sunday when he engineered scoring drives on all five possessions of the second half on his way to 300 yards and running back Joe Mixon added 151 more on the soggy turf in a 33-25 win over the Jaguars at rainy Paul Brown Stadium.

After surfacing on the injury report Saturday morning as questionable with a chest issue, Mixon left no doubt when he drove the hammer into a 1-2-1 record on the last drive of the game. Mixon drained the clock with 43 yards on five carries, including a 21-yarder behind pulling left tackle Jonah Williams.

That set up Randy Bullock’s fourth field goal of the game, a 30-yarder that gave them that 33-22 lead with 1:46 left in the game.javascript:falseHat-trick TD! Joe Mixon squeaks through traffic on 23-yard burst

It was Mixon’s 10th career 100-yard game, the first of this season and the second-highest of his four seasons as Burrow presided over season-highs in 33 points and 506 yards on 23 of 36 passing for a 92.6 passer rating making him the first rookie quarterback to pass for 300 yards in three straight games.

Mixon ripped off their longest run of the season to put the Bengals up 17-13 just three minutes into the second half. With help from wide receiver Tyler Boyd (seven catches for 90 more yards) sealing the right edge, Mixon just took off down the outside and was gone on a 34-yard romp. It helped that cornerback Chris Claybrooks jumped inside and there was nobody behind him to make up the mistake.

Mixon also had a 14-yard catch in the drive as he leaked out of the backfield and accelerated down the sideline. He came into the game with seven catches and by the time he scored that third touchdown with 8:28 left in the third quarter he had five for 55 and finished with six catches for 30 yards and an all purpose day of 181 yards

Mixon got that third touchdown for a 27-13 lead in the middle of the third on a third-and-one from the Jags 23 and he took what looked like a nice safe run up the middle to the house. Center Trey Hopkins and right guard Alex Redmond gave him room to get more than a little more with no one at the second level.

Head coach Zac Taylor flashed a little Rams during the day with jet sweeps and running back Giovani Bernard ran one of them in that drive for eight yards.

Boy, what a running game can do. The next snap they took with that two-touchdown lead Burrow went play-action and tight end Cethan Carter caught his fourth NFL ball for a career-high 24-yarder.

But the drive gummed up on the edge of the red zone when Boyd got dumped on a receiver screen and Burrow threw a third-down bullet for a first down to wide receiver A.J. Green on the sideline that safety Andrew Wingard got a hand on. Green hurt his hand on the play and left with one catch for three yards before returning in the fourth quarter.

Bullock then saved the drive when hit one of his three field goals, a 40-yarder that gave them a 27-13 lead with 3:23 left in the third quarter.