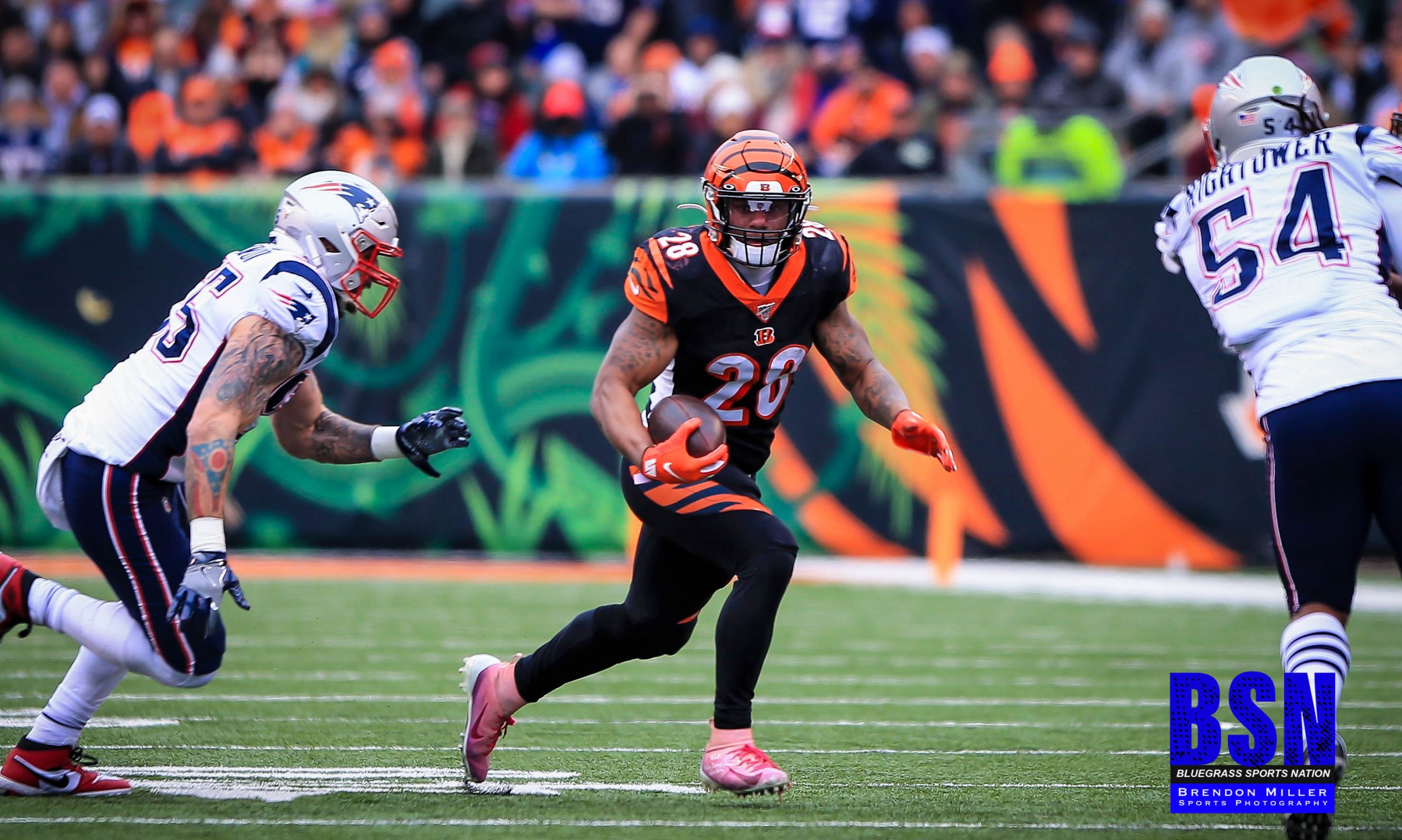 Joe Mixon’s scared the Bengal’s faithful as a late addition to the injury report, but he had a day!

2020 for Joe Mixon has not gotten off to the start he and many had hoped for. After receiving a contract extension prior to the season, he failed to get over 100 total yards or score a touchdown in any game.

That all changed in a big way against the Jags on Sunday. Mixon’s performance earned him the AFC Offensive Player of the Week Honors.

It started with rookie quarterback Joe Burrow hitting him in the flat before halftime.  Mixon was able to take the pass, make a man miss and take a hit as he crossed the goal line.

That play seemed to be the catalyst to a very good second half. On the first drive, Mixon was able to break a run to the outside, and no Jacksonville player was able to catch him after that. The 34-yard touchdown run was his longest of the season. He then added another touchdown before the third quarter was over.

Mixon finished the game with three touchdowns, 151 rushing yards and 30 receiving yards. He did all of that on 31 touches. He certainly made life easy on Burrow and the defense this week, and it was very obvious how much this team missed his production.

What makes his day that much more impressive is how close he was to not even being available.  Mixon revealed his late addition to the injury report was due to being hospitalized on Saturday Night for a chest injury. Most players probably wouldn’t have even been able to suit up, much less have their best game of the season.

Hopefully this breakout game means we can expect more from Mixon the rest of the season. This team is just better when the offensive line doesn’t make him dance around in the backfield to make defenders miss. It also helps slow down the pass rush when the defensive line has to actually worry about stopping the run.

This is a great honor for Mixon, and it really should help the confidence of this young team after their first win of the season. He will need to have a repeat performance if Cincinnati wants to have a chance next week against the Ravens as well.