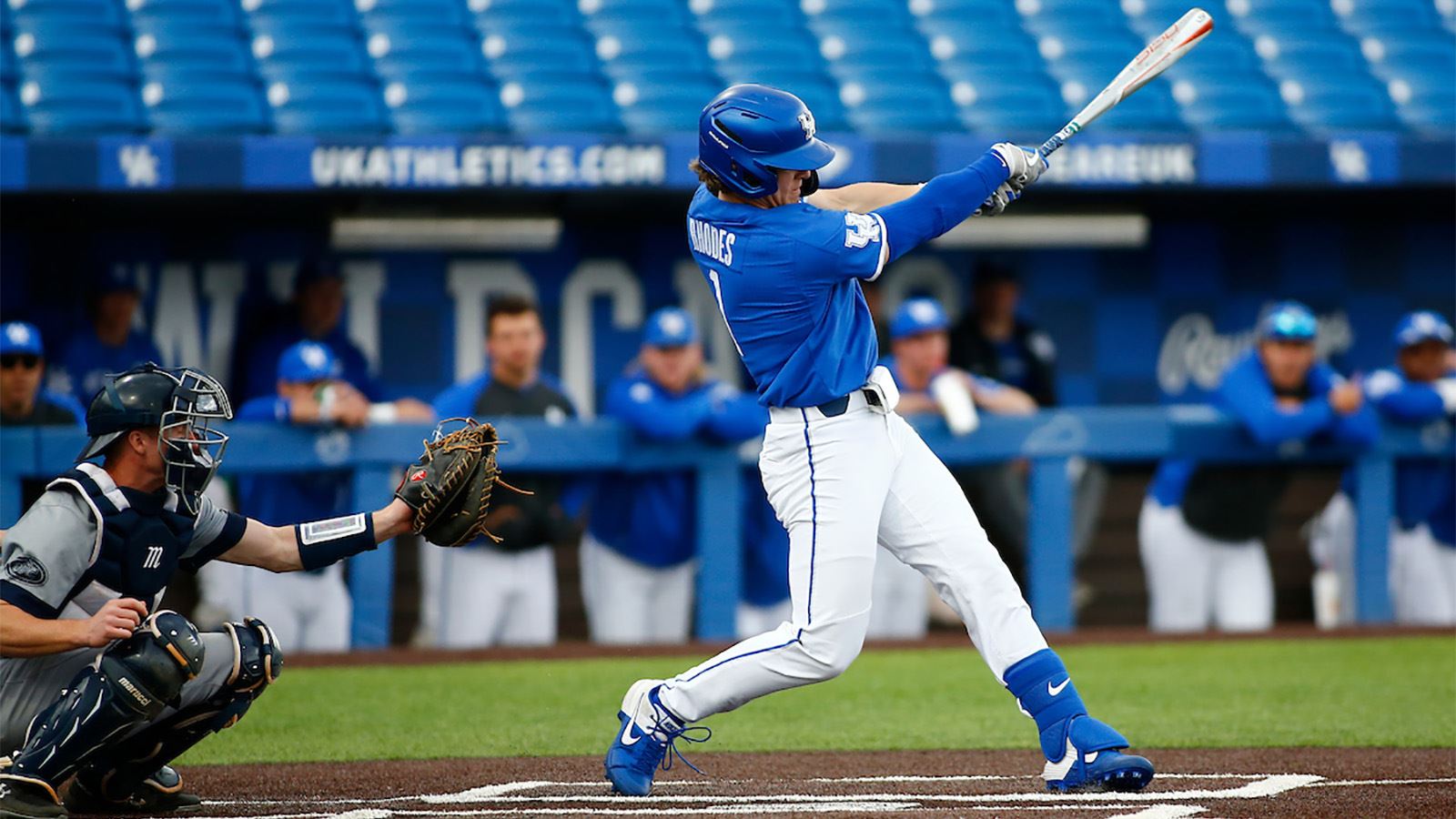 Kentucky freshman infielder/outfielder John Rhodes has been named a national co-Freshman of the Year by Collegiate Baseball News. The publication previously named him a third-team All-American last month.

Rhodes is the Wildcats’ first freshman to be named a Freshman All-American from a national outlet since Zack Thompson in 2017.

Hailing from Soddy Daisy, Tennessee, Rhodes ranked second nationally in doubles this season with 10, twice as many as any other rookie in the talent-rich Southeastern Conference. He batted .426 overall in 61 at bats with 11 runs, 26 hits, 10 doubles, a triple, a home run, 19 RBI and five hit by pitch. He slugged .672 as part of an 1.157 OPS. The .426 average was the highest for any UK player with at least 50 at-bats since Jeff Abbott batted .445 in 1994.