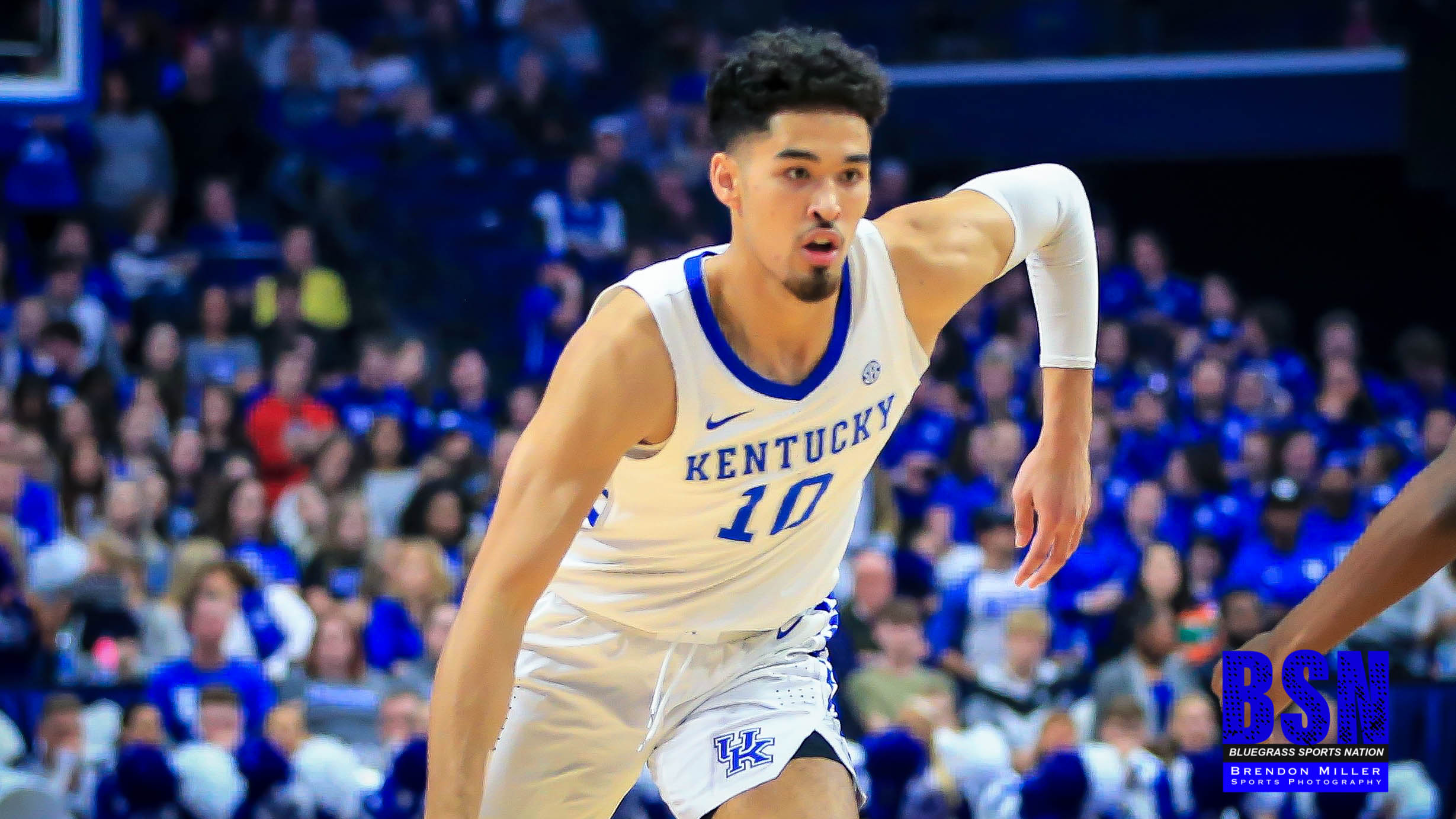 Kentucky men’s basketball freshman guard Johnny Juzang has entered his name in the NCAA transfer portal. Juzang notified Kentucky of his decision on Thursday and will have the ability to transfer to any school without any restrictions, per NCAA rules.

“This last year at Kentucky was one of the best experiences of my life,” Juzang said. “I grew so much not only as a player, but as a young man as well. I’d like to thank all my coaches, my brothers, the trainers, the staff, BBN and everyone who made this year so special. From the bottom of my heart I’m going to miss this place. With lots of thought and consideration, I’ve decided to put my name into the transfer portal.”

The Los Angeles native played well late in the season, scoring in double figures twice over the final nine games, including 10 points and two 3-pointers in the 18-point comeback win at Florida. He made 10 of his last 20 3-point shots to end the season. Juzang also scored a season-high 13 points with three 3-pointers in the win at Tennessee.

“I talked to Johnny last night along with his family and let him know if he wants to come back here that this option is always open to him,” UK head coach John Calipari said. “Johnny had a great year and really got better as the season went on. I always enjoyed coaching him, and if there’s an opportunity to continue to do so, I would welcome it with open arms because Johnny is a great kid and a skilled basketball player with a bright future.

“When we spoke last night, his family talked about Johnny going back to the West Coast, which I understand. If this is what he ultimately decides to do, we wish him all the best. He has our full support.”

Juzang was a late add to the 2019 signing class after reclassifying. Ranked the No. 34 prospect by the Recruiting Services Consensus Index, Juzang averaged 23.0 points, 8.5 rebounds and 3.4 assists per game during his final season at the Harvard-Westlake School.

The 6-foot-6 guard was an All-California Interscholastic Federation First Team pick in his final season in high school. Juzang led Harvard-Westlake to the CIF championship and the Mission League Championship for the first time since 2011 last year.