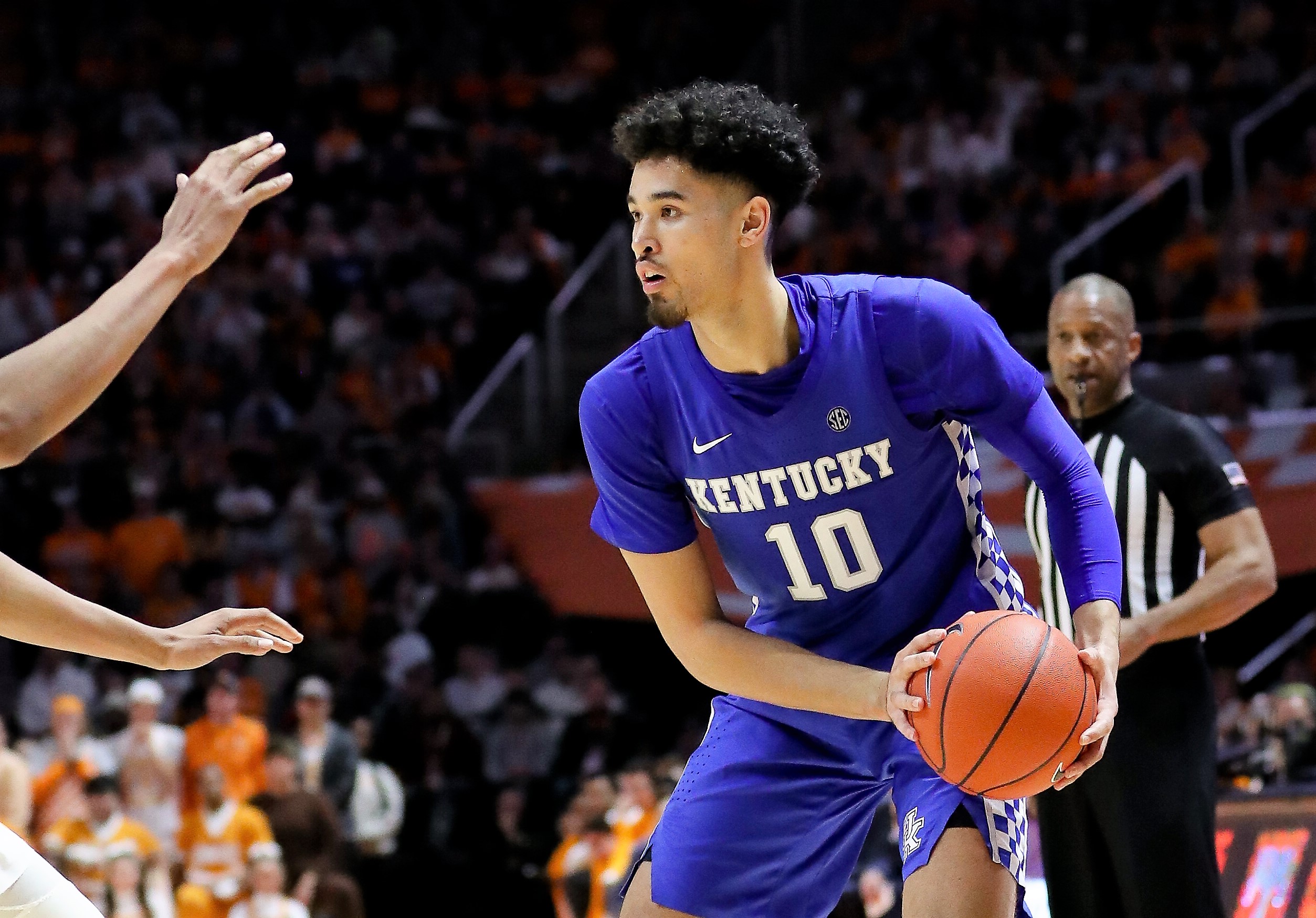 Historically, Kentucky’s regular season battles with the Volunteers in Knoxville have served as a predictor for success in the NCAA Tournament. The Cats have never won an NCAA Championship without winning at Tennessee that season.

Beyond that, it has been hard for the Cats to win at Tennessee under Calipari as Kentucky entered today’s matchup with a 3-6 record in such games. All three of the teams who were able to defeat Tennessee in Knoxville ended up making it to the Final Four.

With the Cats defeating the Vols today 77-64, BBN must feel ecstatic considering how much historical significance this game holds on Kentucky’s postseason success. Not to mention the fact that the Cats were able to defeat one of UK’s most bitter rivals.

First Half:
Despite starting the game with a 9-4 run, the Cats held just a two-point lead (13-11) with 10:40 remaining in the half. The Cats would seize control with a 13-4 run which was ignited by a put-back from Keion Brooks Jr. and capped off by a 3-pointer from Johnny Juzang in transition. Kentucky held a 26-15 lead with 6:27 to go in the opening half.

The game went back-and-forth and a 3-pointer from Jordan Bowden cut the Kentucky lead to six points with 42 seconds remaining in the half. On the ensuing possession, Tyrese Maxey drove the baseline and found Johnny Juzang in the corner for a much needed 3-pointer. At halftime, the Cats owned a 37-30 lead.

Second Half:
It was a relatively back-and-forth game in the second half. During the first 18 minutes of the second half, Kentucky’s lead was never larger than 10 points and never dropped below four points.

The Cats held a 68-61 lead with 2:03 to play in the game. A 3-pointer from Immanuel Quickley off an assist from Tyrese Maxey with 1:31 remaining gave Kentucky a 71-61 lead and essentially put the game away for good.

Freshman guard Johnny Juzang played a vital role in the Kentucky victory. Juzang tallied 13 points on 4-of-4 shooting from the floor which included going 3-of-3 from 3-point range. Juzang was also 2-of-2 from the free-throw line. Beyond the numbers, Juzang’s buckets came at critical points in the game when Kentucky most needed to score.

Nick Richards tallied 15 points on 5-of-5 shooting from the floor while recording seven rebounds in the process.

Immanuel Quickley led the Cats in scoring with 18 points.

Team Notes:
Kentucky is 156-73 all-time against the Volunteers.

The Cats have played more games against Tennessee than any other opponent in UK history.

Kentucky has won 10 of their last 12 games this season.

UK is 261-43 against unranked foes with Calipari at the helm.

The Cats are 56-52 in Knoxville against the Vols.

What’s Next?
Kentucky’s next contest is against Vanderbilt on Feb. 11 in a road game for the Cats. The game will start at 7:00 p.m. and will air on ESPN.