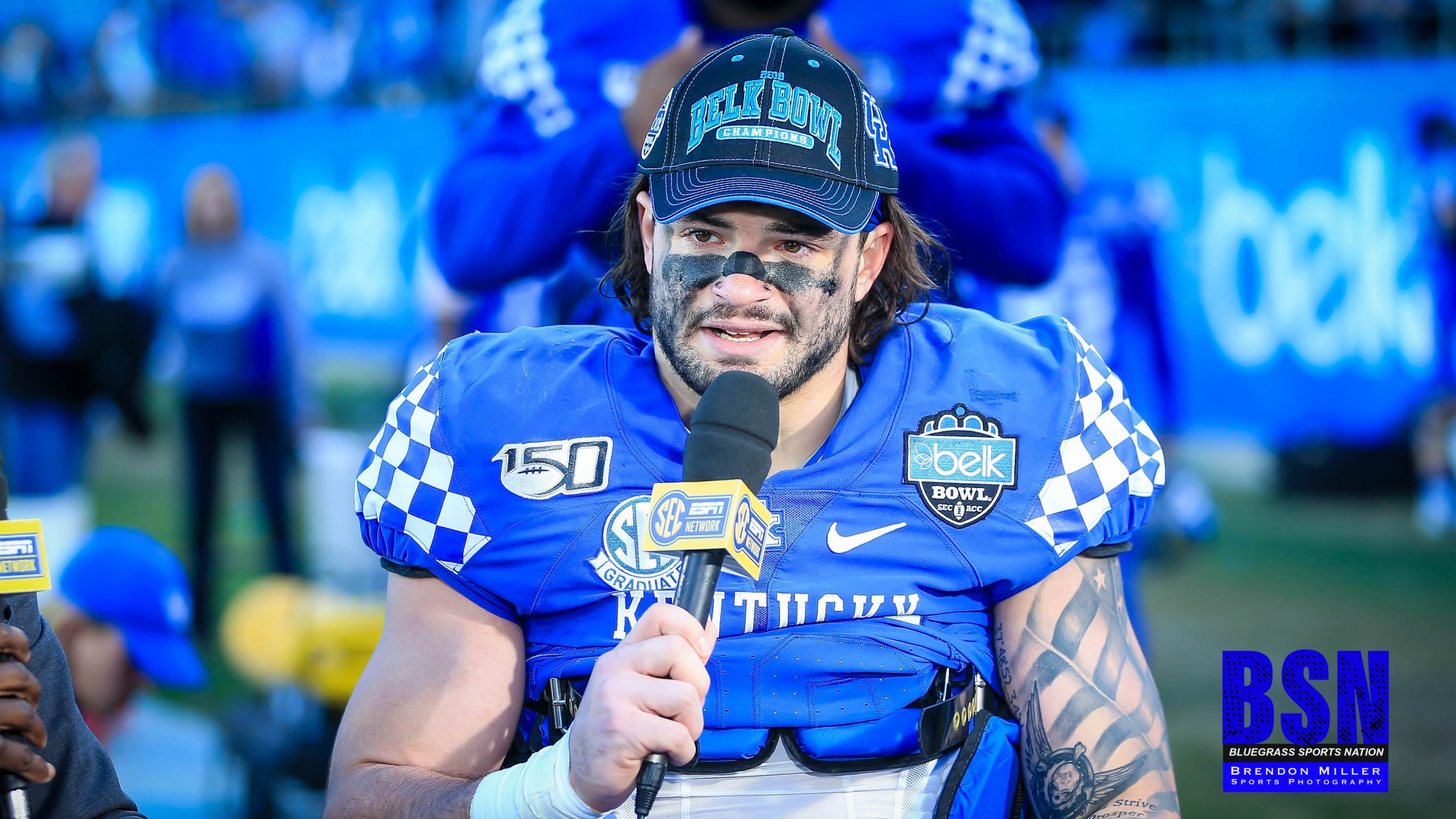 Daniel led CATS with eight tackles in his final game

Kash Daniel’s collegiate football career came to an end in the Belk Bowl on Tuesday and it was a moment he won’t forget.

Daniel recorded eight tackles, including six of the solo variety, in Kentucky’s 37-30 win over Virginia Tech. Daniel closed out his career with back-to-back bowl victories. As he left Bank of America Field, Daniel exchanged hugs with his teammates who celebrated a memorable comeback.

The former Paintsville High standout and Kentucky Mr. Football won’t forget the impact coach Mark Stoops made during his four-year career with the Wildcats.

“Coach Stoops means the world to me,” Daniel said. “He allowed me to be myself in any situation. … No matter what, he has never tried to change who I am as a person. He’s only tried to continue to build me as a human being, a better man and a better football player. I know if I need anything, I can go to him. I can pick up the phone and he knows, if he needs anything from me, he can pick up the phone (and call me) and I will be here to help him.”

The senior linebacker added that Stoops’ influence on his life extends beyond the football field and helped play a role in his development as a person.

“I’m just forever grateful,” Daniel said. “He has helped me in so many situations. Not just in football, but in life. He has taught me life lessons on the football field that I can take when I am done playing football. He’s a great, guy, great coach and I wish I had another four years playing for him.”

Daniel was part of a senior class that helped lead the Wildcats to four consecutive bowl appearances, including a 27-24 win over Penn State in the Citrus Bowl last year in Orlando. Kentucky also competed in the TaxSlayer Bowl, the Music City Bowl and the Belk Bowl here on Tuesday during Daniel’s career with the Wildcats.

“It builds a confidence and a standard of what it takes to not only reach this level and continue to win, but also bringing that trophy home and not just making it (to a bowl game), but also just winning it,” he said. “Not just doing it to say we’re here.”

Now that his playing career is over, Daniel and the rest of the team’s senior class has set an example for other future teams to follow.

“Everything is about paying it forward and just seeing the young guys take hold of that and run with it themselves,” Daniel said. “Not trying to implement what you’ve done, but take that influence from you and applying it into their own world.”

The senior linebacker also said the Wildcats have established a name for themselves on the recruiting trail and making postseason appearances have helped put Kentucky on the proverbial map.

Daniel added the dynamics of recruiting have changed in the past four years, giving the Wildcats an edge when it comes to landing top talent.

“They’re rolling out the red carpet for these guys now,” Daniel said. “I remember when I went to South Carolina (on a recruiting visit), Steve Spurrier didn’t even know my name after they offered. I was like, ‘Wow! I’m not coming here.’”

Instead, Daniel made his mark at Kentucky.