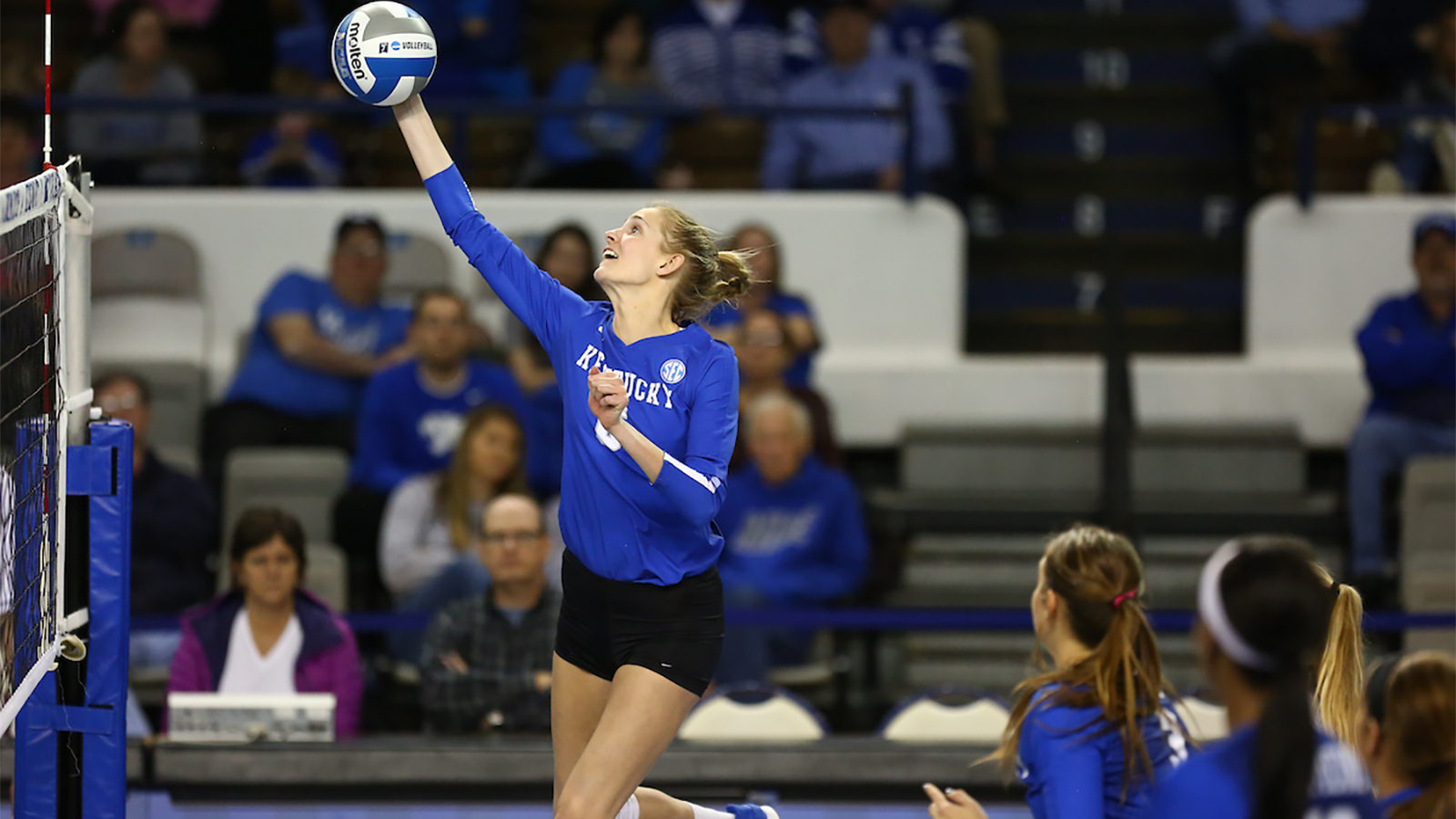 LEXINGTON, Ky. – The No. 15 Kentucky Volleyball team cruised to a 3-0 (25-14, 25-12, 25-19) sweep of Arkansas on Sunday afternoon in Memorial Coliseum behind a Southeastern Conference career-high nine kills from Kendyl Paris and a career high 20 digs from Alli Stumler.

Stumler recorded her fifth double-double of the season on Sunday afternoon, as she had 15 kills and 20 digs in the match. The 15 digs is her 10th match in double-figure kills in the last 11 matches for the sophomore from Floyds Knobs, Indiana.

Kentucky’s defense was also on fire Sunday afternoon, holding Arkansas to .010 hitting as a team, including .000 in the first two sets of the match. Gabby Curry had 13 digs in the match, as she now has double-figure digs in all matches but one this season.

UK will now enter a four-match road stretch where the Wildcats will play Georgia, Auburn, South Carolina and No. 11 Florida over the next two weeks, all on the road. The long trip begins on Friday night at 7 p.m. ET in Athens, Ga., as UK faces off against the Bulldogs.

Set One
It was all Kentucky in the first handful of points of the match as an Alli Stumler put the punctuation mark on a 3-0 run to start the match and after a handful of Arkansas errors, UK found itself up, 10-3. Following an Arkansas timeout, Stumler continued her serving prowess with another extended run and Kentucky found itself up 18-8. Madison Lilley and Leah Meyer controlled the net well, with two blocks inside the first 16 points as Kentucky took control for the remainder of the set to win the opener, 25-14. Stumler finished the first set with four kills and a team-high six digs. Curry had five digs, while junior setter Madison Lilley had 11 assists on 14 of UK’s kills in the set.

Set Two
UK took control of the second set in the early points for the second set in a row, leading 7-2 after reeling off six points in a row and pushing the Razorbacks into a timeout within nine points. Kendyl Paris took over the early points of the set, registering seven kills on the match midway through the set to tie her SEC career high for kills in a match in just a set and a half. UK extended its lead to 16-6 to get a double-digit lead and coasted to the finish line from there with a 25-12 second-set win.

Set Three
After a back-and-forth early part of the set, Kentucky went on a 4-0 run to take a 14-10 lead to gain the first sizeable separation of the third set. The Wildcats took a 15-13 lead into the media break and another 4-0 run bookended by Stumler kills along the pins pushed UK closer to the end with a 19-17 lead going the Wildcats way. A block at the net by Leah Meyer and Lilley pushed the Wildcats out to a set-high four-point lead at that time and Arkansas employed its final timeout trailing the Wildcats, 23-19. Leading 24-19, Avery Skinner recorded her first kill of Sunday on match point to close things out in a 3-0 sweep.