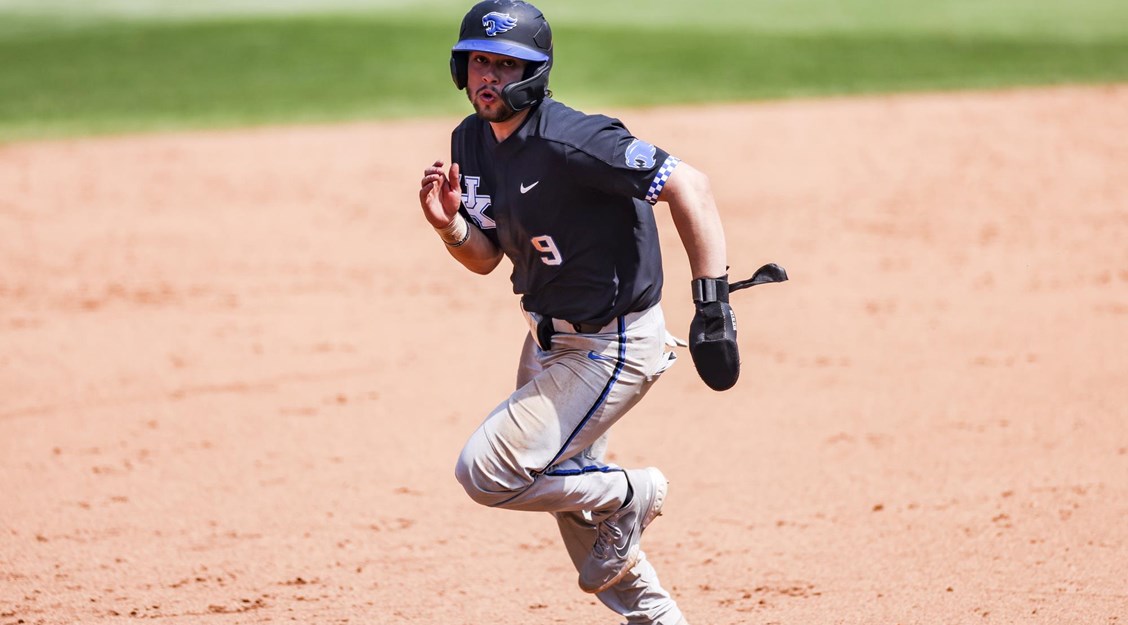 The Wildcats reach the halfway point of SEC play at 7-8, face Louisville on Tuesday

There was no Sunday fun day for the Kentucky baseball team.

For the second straight day the Wildcats found themselves in an early hole, dug themselves out and then couldn’t sustain the momentum, falling 17-6 to No. 20 Georgia at Foley Field. The loss dropped the Cats to 7-8 in Southeastern Conference play at the midway point of the league gauntlet.

Georgia used a three-run home run to stake a lead in the second inning only to see the Cats battle back with four runs an inning later, as Oraj Anu had a two-run double and Jacob Plastiak brought home two more on a single to left field.

But the good vibes ended there as Georgia plated five runs in the bottom half of the inning, fueled by four straight two-out hits aided by several miscommunications by UK defenders. The big blow was a routine fly ball to shallow left field that turned into a two-run triple when Anu and shortstop Ryan Ritter collided chasing the ball.

Senior first baseman T.J. Collett had another strong day at the plate, ripping three hits to give him 142 for his career and move into 35th place on the school’s all-time list.

Kentucky returns home to face rival Louisville in the back half of a home-and-home series. The Cats defeated the Cardinals 11-7 on April 6 in Louisville.

Bottom 6th – Connor Tate singled to open the inning, advanced to second on a groundout and scored on a fielding error. Georgia 12, UK 5.

Kentucky returns home to face rival Louisville on Tuesday at Kentucky Proud Park. First pitch on is set for 5 p.m. ET on ESPNU. The radio call will be on the UK Sports Network.