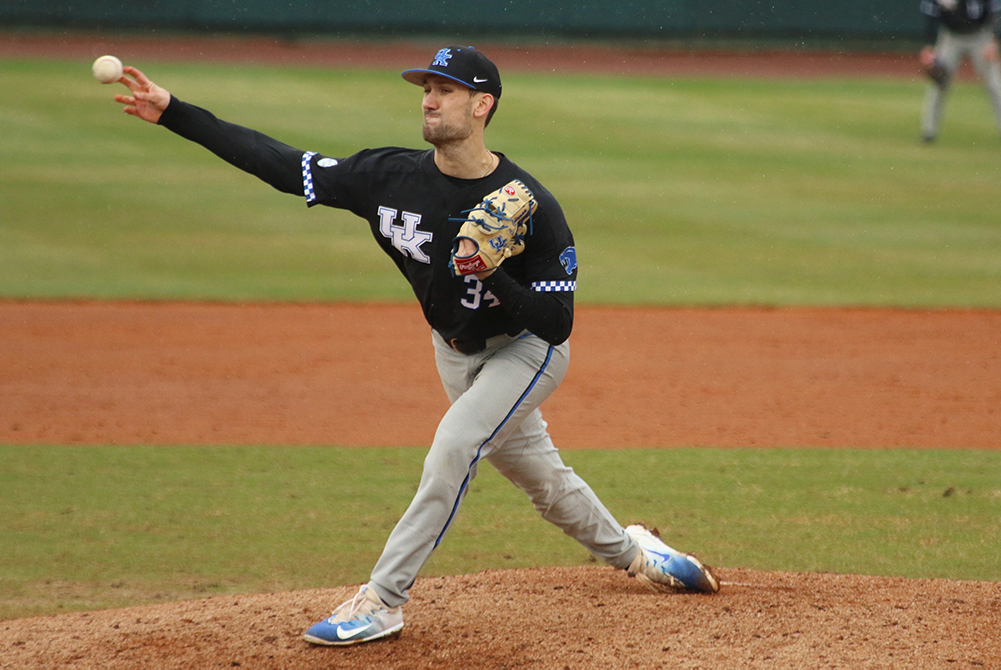 2019 KENTUCKY BASEBALL WEEK ONE IN REVIEW

·         The three-game sweep was UK’s first on the road in a three-game series vs. one opponent since accomplishing the feat at No. 13 Texas A&M in March 2017 to open Southeastern Conference play.

·         Kentucky has scored in 67 consecutive games and 143 of the past 144 dating to the 2016 season. The lone shutout came in a seven-inning game. The current streak is the eighth-longest in school history.

·         UK’s starting pitchers were nearly untouchable on the weekend, giving up just six hits and three runs in 13.0 innings of work. They struck out 21 and walked just five.

·         The Cats stole eight bases in the series, including six in Saturday’s game. They were only caught twice on the base paths, both pickoffs at first base.

SEC PLAYER OF THE WEEK CANDIDATE

o   Had seven hits in his first weekend at the Division I level.

o   Threw out a runner from right field as he attempted to score from second base. The play ended a rally from Austin Peay with Sunday’s game still in doubt.

o   Had multiple hits in all three games and two multi-RBI games.

o   Drove in a run and scored a run in all three games.

SEC PITCHER OF THE WEEK CANDIDATE

·         Coleman earned two wins out of the bullpen on opening weekend.

o   Coleman is the only pitcher in the SEC to have two wins already.

·         In Friday’s win, he entered the game in the seventh inning with the Cats trailing 4-2 after yielding a go-ahead triple. Coleman stranded a runner at third with a strikeout and then recorded two shutdown innings as the Cats rallied to win.

·         In Sunday’s win, he entered in the fifth inning with the Cats trailing 1-0 and runners on second and third with two outs. He recorded a strikeout to end the threat and the Cats got a go-ahead home run in the sixth, followed by a shutdown inning from Coleman.

o   Had multiple hits in all three games.

o   Had five hits on the weekend, including two doubles and two home runs.

o   Homered on the first pitch of his UK career.

o   Pitched 4.0 innings in Friday’s opener, allowing just one hit and no runs. He struck out nine, just one shy of his career high.

o   Thompson now has struck out 11.95 hitters per nine innings of work for his career.

o   On Saturday, earned the win after pitching 5.0 innings in his second career start.

o   Struck out eight hitters, one shy of his career-high.

o   Pitched 4.0 innings, giving up two hits and one run. He struck out four and walked none.

o   It was Marsh’s collegiate debut.