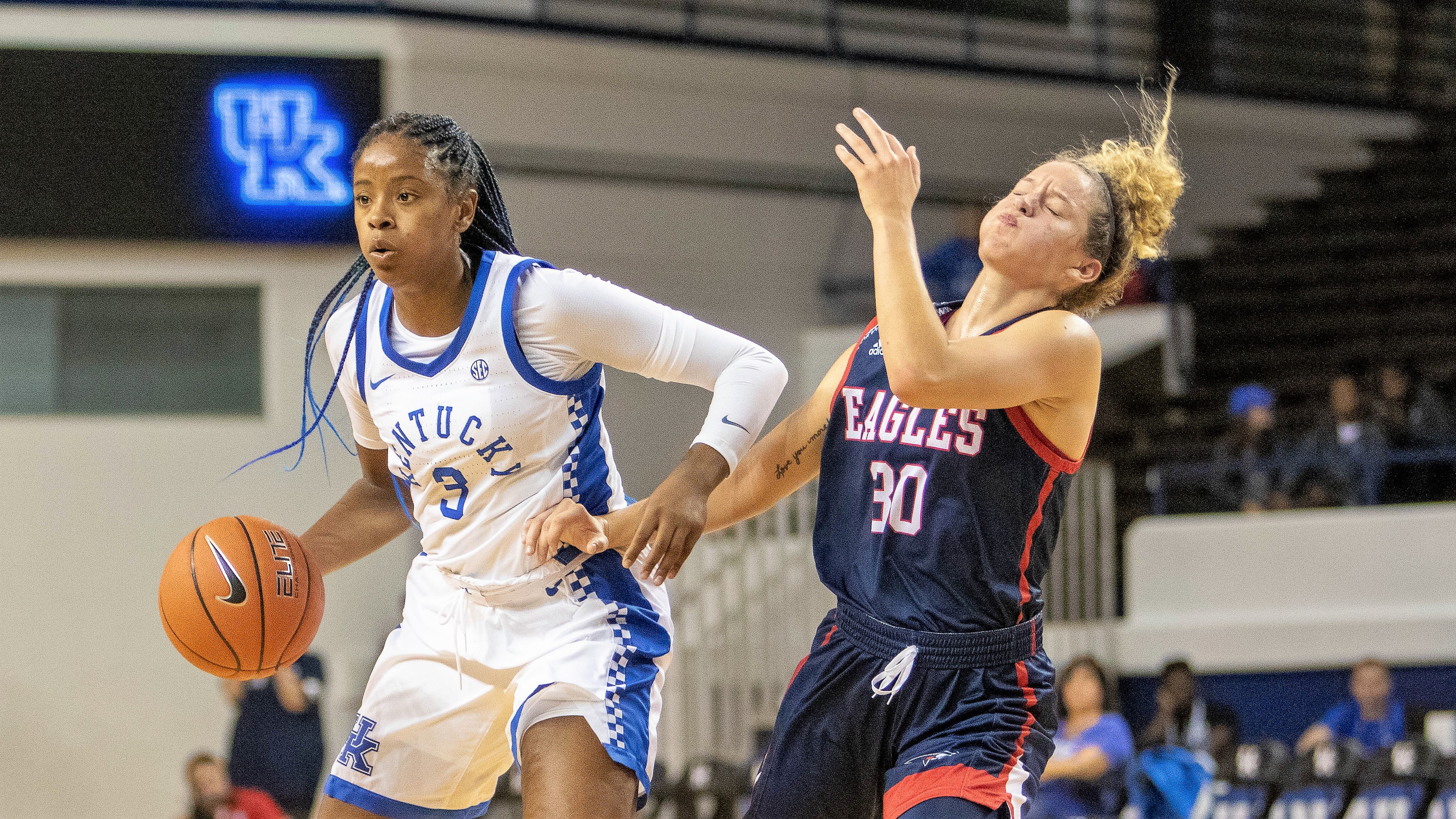 The Kentucky women’s basketball team cruised past Southern Indiana in an 80-44 victory in their only exhibition of the season on Wednesday night.

After a quiet start in the first period, it wasn’t until the Cats went on a 12-0 run sparked by a three-point play from KeKe McKinney and a three-pointer from Emma King, to take a 16-4 lead.

After first half struggles, highly touted sophomore guard Rhyne Howard seemed to catch fire in the 2nd half as she jumped out to hit three straight shots from behind the arc as the Cats turned a 19-point halftime lead into a 48-20 advantage with 7:34 left in the third quarter.

After the game, when asked about where the 2nd half fire came from Rhyne stated “it was my teammates, the entire time they had my back and told me to keep shooting and they just had faith in me”

After a cold streak from both sides where neither team could find the back of the net for a 3-minute period, Kentucky was able to extend it’s lead to the largest of the night, 79-41, before they sealed the 36-point victory.

Kentucky will take the court again in Memorial Coliseum next Tuesday, Nov 5, as the Wildcats play host to Mount St. Mary’s. Tipoff will be at 7pm and can be seen on SEC Network Plus.