Kentucky Cruises Into Second Round with Sweep of Loyola 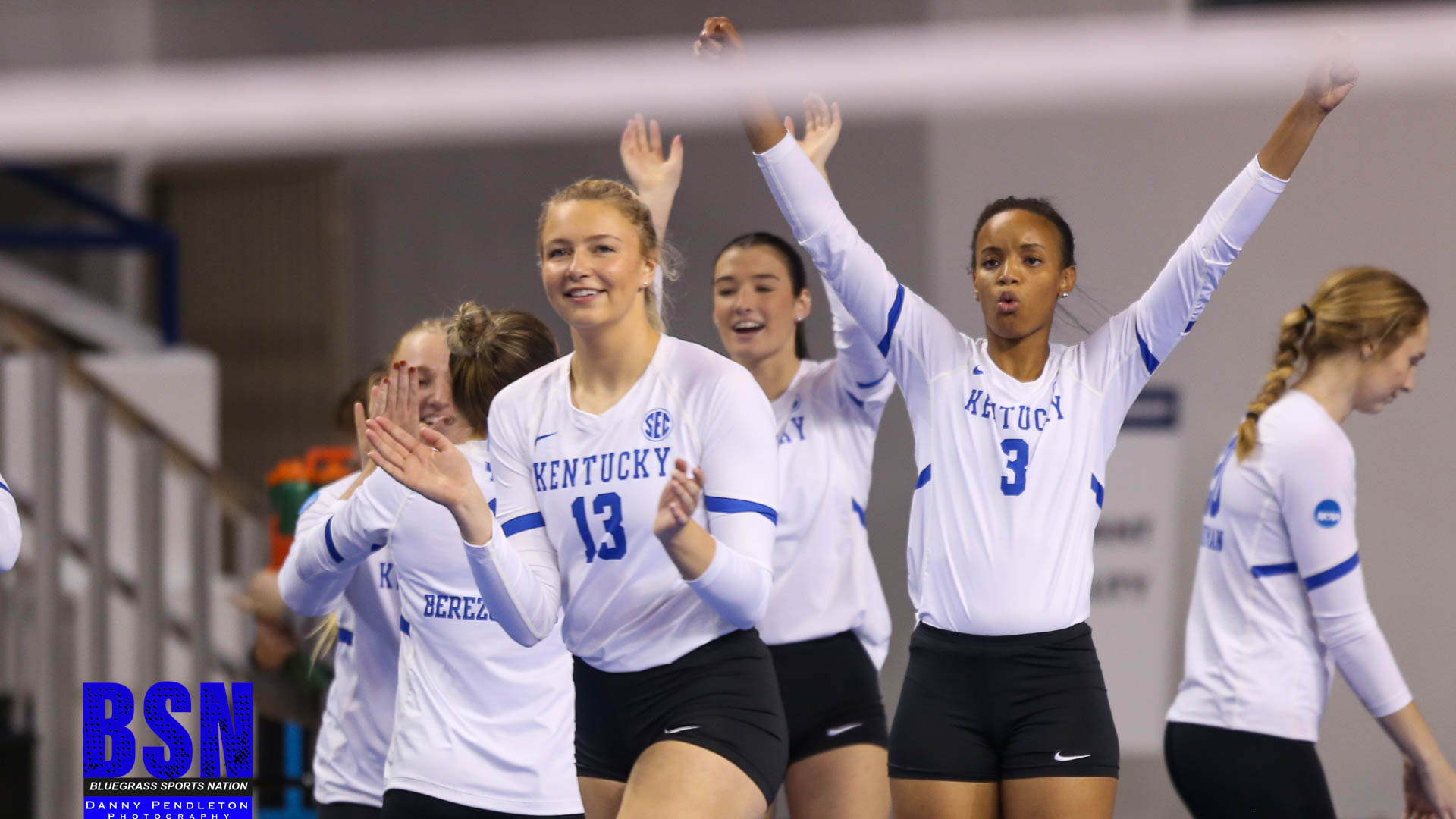 The No. 12 seeded Kentucky Volleyball team got 15 kills from Adanna Rollins and 44 assists from sophomore setter Emma Grome to advance into the second round of the 2022 NCAA Volleyball Championship with a 3-0 (25-17, 25-14, 25-20) sweep of the Loyola-Chicago Ramblers.

Kentucky will play Western Kentucky on Friday night at 7 p.m. ET inside Memorial Coliseum for a spot in the NCAA Sweet 16’s Palo Alto Regional. The match will be broadcasted on ESPN+ with Jeff Greer and Leah Edmond on the call from Lexington. Tickets are available by visiting UKathletics.com/tickets or by contacting the UK Athletics Ticket Office.

Rollins led all players in the match Thursday night with 15 kills on 31 swings as she hit .778 in the first set alone and .355 for the match along with five digs and a block. Also reaching double-figures in scoring was Reagan Rutherford who had 11 kills Thursday on .391 hitting with three blocks and a pair of digs.

Kentucky as a team hit .398, its highest output in a month, as Grome dished out 44 assists, her highest total this season in any three-set match. Grome, the SEC Player of the Year this season, also had five digs and a trio of blocks in Thursday night’s affair.

UK held Loyola-Chicago to .159 hitting for the match as only one Rambler hit double-digit kills for the night with Karlie McNabb logging 13 terminations in the contest. Eleanor Beavin had 16 digs Thursday evening to lead all Wildcats, as Rollins, Grome, Riah Walker and Audrey Whitworth all had five or more in the match defensively.

Kentucky raced out to a 15-10 lead at the first media timeout of the frame, as Adanna Rollins and Bella Bell both had four kills each inside the first 25 points of the match. Bell was hitting 1.000 for the match to that point and that was Kentucky’s largest lead of the set to that point. Out of the timeout, Kentucky logged back-to-back blocks by Reagan Rutherford and Bell on the right pin to take a 17-10 lead and Loyola-Chicago called its first timeout of the set with UK on a 4-0 run. After Kentucky’s fourth service ace, this time from Eleanor Beavin, Loyola-Chicago called its final timeout as Kentucky took a 20-12 lead. Adanna Rollins’ seventh kill ended the first set, as UK took the frame, 25-17. Rollins hit .778 in the set with seven kills on nine swings and a service ace, as well. UK hit .433 as a team with 13 assists dished out by Emma Grome and two blocks each from Bell and Rutherford in the opener.

Adanna Rollins stayed hot and Rutherford caught fire to start the second set as a kill from the right pin from Rutherford, her fourth of the match, forced Loyola-Chicago into an early timeout to try and stop a 4-0 UK scoring run and the Wildcats led 9-3. Erin Lamb recorded back-to-back kills, both out of system to put Kentucky up 13-5 and the Ramblers burned their final timeout of the set, trailing by eight in the frame. UK to this point in the set was hitting .408 and holding Loyola to -.038. The run extended to 8-0 on a block by Azhani Tealer and UK took an 18-5 lead, its largest of any set in the evening before Loyola sided out to make it 18-6. Kentucky hit .385 in the set and took the frame, 25-14 with seven kills in the set from Rutherford.

Kentucky took an 8-5 lead on a Tealer block out of the middle to give the Wildcats a three-point cushion, its largest edge of the set to that point. After back-to-back hitting errors sandwiched by Adanna Rollins kills midway through the set, Kentucky’s lead grew to 16-10 and the Ramblers were forced into their final timeout with UK ahead by half a dozen and nine points from the finish line. The match ended appropriately on an Adanna Rollins swing, her 15th kill of the match, to clinch the sweep of the Ramblers. 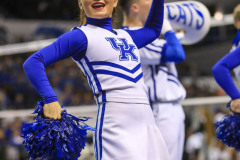 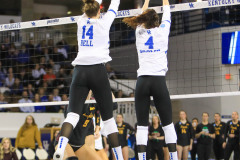 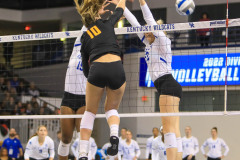 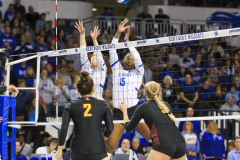 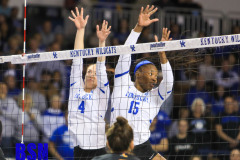 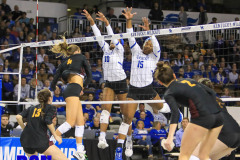 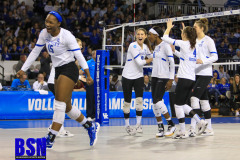 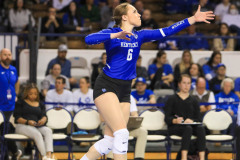