Ajae Petty led Kentucky with 15 points, while Robyn Benton and Jada Walker each added 14. Maddie Scherr had 13 points in the contest for the Cats.

Kentucky used a superior size advantage, outscoring Pikeville 76-12 in the paint and outrebounding the Lady Bears 59-37. The Cats also distributed the ball well, dishing out 22 assists on 43 made baskets.

The Cats broke things open right away, scoring the game’s first six points and assembling a 17-2 run out of the gate. Kentucky would lead by as many as 20 points (25-5) in the first quarter and would hold a 25-7 advantage at the conclusion of the first 10 minutes.

Kentucky extended the lead early in the second period when Green scored six straight points to make it 35-8 with 5:41 until halftime. UK would build the lead to 30 points, 43-13, on a layup by Petty. The Cats would take a 43-14 lead into the break.

The UK lead would continue to grow in the third period behind big quarters from Walker and Scherr. Walker made five of seven shots for 10 points in the third period, while Scherr made all three of her shots, including a pair of threes, and a free throw for her nine points. The Cats closed the quarter on a 10-0 run to lead 74-28 after three periods.

Kentucky would lead by as many as 53 points before settling for the 48-point win.

Kentucky opens the regular season on Monday night against Radford inside Memorial Coliseum. Tipoff is set for 7 p.m. and the game can be seen on SEC Network Plus. 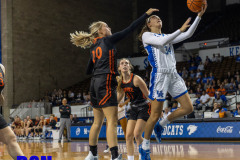 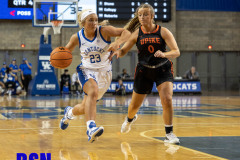 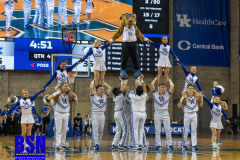 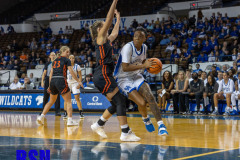 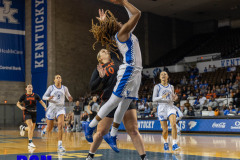 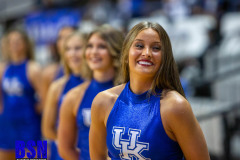 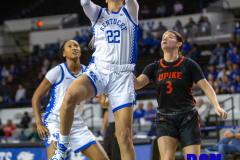 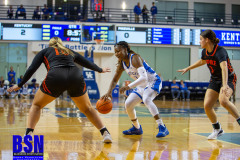 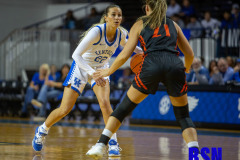