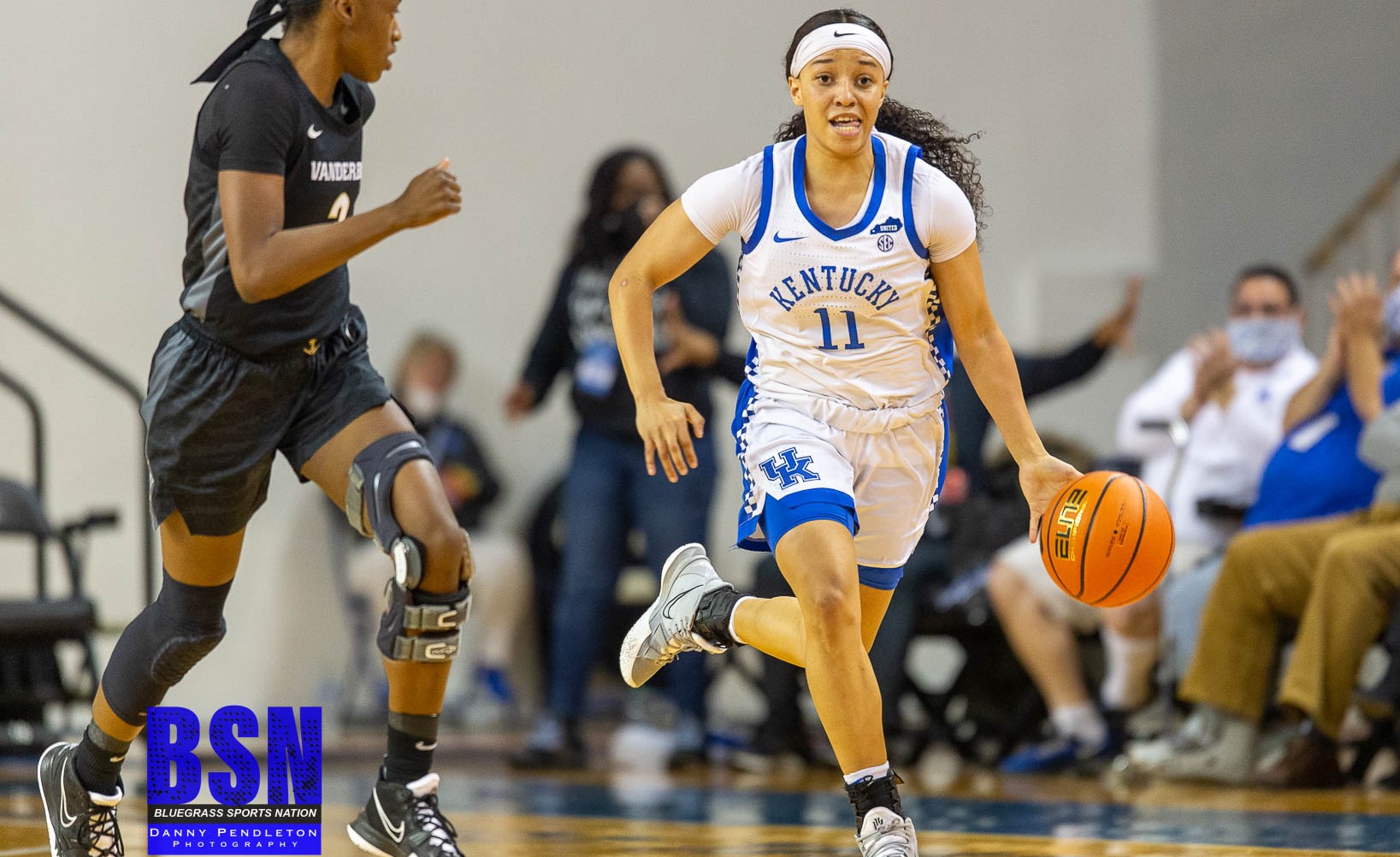 The Wildcats had four players in double figures in the game, led by Dre’una Edwards with 20

Kentucky (12-11, 5-8 SEC) got to the board first when Howard hit a right-side three on UK’s first possession. Vanderbilt answered with a Brinae Alexander three, also from the right side, to tie the game. Those were the first points in a 10-0 Vandy run that gave the ‘Dores a seven-point lead. Walker ended the drought with a three to make it 10-6 Vandy.

The Cats would get within two, 10-8, on a Jazmine Massengill basket in the lane with 4:51 to play in the first quarter. Vanderbilt would score four in a row before UK got an Edwards layup and another Howard three to cut the deficit to one, 14-13, with 2:32 left in the first.

Kentucky would get the lead back on a corner three from Robyn Benton. Alexander hit a pair of free throws to tie the game at 16 with 59 seconds left in the first. Treasure Hunt hit one of two at the line with five seconds left in the quarter but Vanderbilt’s Jordyn Cambridge hit a layup as the first quarter ended to give the ‘Dores an 18-17 lead after one period of play.

Early in the second period, Kentucky took the lead on a pair of Walker free throws. But Vandy got back-to-back threes from Alexander to lead 24-19. Kentucky would get a three from Hunt and a layup from Massengill to tie the game at 24-24.

The Commodores scored the first four points of the third period before Edwards converted a layup to cut the VU lead to four, 40-36. Those were the first of eight straight points by the Cats that would give UK a 42-40 lead with 5:50 left in the third.

Vandy would answer by scoring the next four points to lead 44-42 with 3:41 left in the period. But Kentucky scored the next eight points, the last four by Edwards, to lead 50-44 with 1:31 to play in the third period. The Cats would lead 50-45 after three periods of play.

Kentucky got the first points of the fourth quarter on an Edwards basket, extending the lead to seven. But Vanderbilt would fight back, scoring six in a row to get within a point, 52-51, with 7:25 to play.

Kentucky returns to action on Sunday, visiting Arkansas in Fayetteville. Tipoff is set for 2 p.m. ET and the game can be seen on the SEC Network.