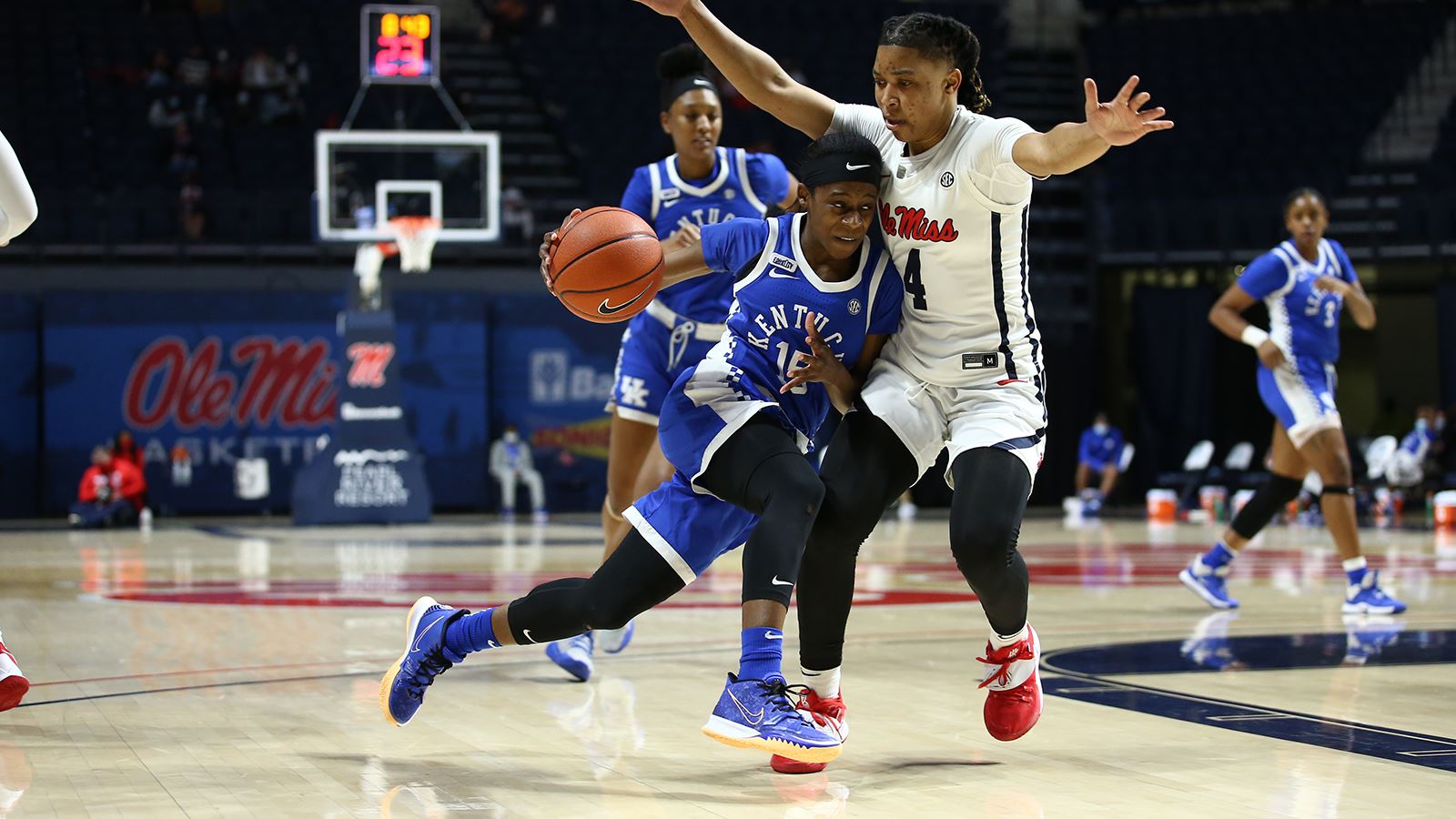 Wildcats will return to action next Thursday vs. Tennessee in Rupp Arena

Rhyne Howard scored 26 points, but the 15th-ranked Kentucky women’s basketball team was upset by Ole Miss 72-60 on Saturday night at the Pavilion at Ole Miss.

Howard struggled from the floor for the first three quarters before getting hot in the final stanza. She had half of her points in the final period. Howard had 10 rebounds and four assists in the game.

Chasity Patterson was the only other Kentucky player in double figures, scoring 14 in the game.

The lead changed hands five times early before Kentucky went on a 5-0 run, keyed by a Howard layup and free throw, to take a 9-5 lead. After an Ole Miss basket, Kentucky got a three from KeKe McKinney to lead 12-7 with 5:56 to play in the first period.

Kentucky would lead 14-9 before Ole Miss went on a run of its own. The Rebels scored eight in a row to take a 17-14 advantage with 2:10 left in the first quarter. From there, neither team would score until UK’s Patterson converted a layup with two seconds left in the period. Ole Miss would lead 17-16 after 10 minutes of play.

Ole Miss scored the first four points of the second period to lead 21-16. Kentucky would get a layup from Patterson to cut it to 21-18 but Ole Miss’ Shakira Austin answered with a layup of her own. Patterson then made another driving basket to cut the Ole Miss lead to 23-20.

Kentucky was able to stop the run on a pair of Howard free throws with 2:08 left in the half, cutting the deficit to 35-25. After an Ole Miss basket, Howard hit two more free throws to cut the Ole Miss lead to 37-28. But the Rebels would score the last four points of the half to lead 41-28 at the break.

In the second half, Kentucky looked like a different team. The Cats came out of the locker room firing on all cylinders. UK got the scoring started on a three from Jazmine Massengill. Kentucky then got layups from Howard and Patterson to cut the lead to 41-35. After Ole Miss’ Austin hit a jumper, Kentucky got a Tatyana Wyatt layup and a Patterson three to cut the deficit to 43-40. It was a 12-2 run for the Cats

Ole Miss would not go away quietly. The Rebels answered UK’s run with one of their own. Ole Miss went on a 10-4 run to extend the lead back to nine, 53-44, with 2:43 left in the period. The Rebels would lead 55-47 after three periods.

Howard got the scoring started in the fourth quarter with a three, cutting the deficit to 55-50. After a pair of Ole Miss free throws, Howard would score again to make it 57-52. But the Cats would get no closer

Kentucky has Sunday off and will not play again until next Thursday. That’s when the Cats will host Tennessee at Rupp Arena. Tipoff is set for 7 p.m. ET and the game can be seen on SEC Network Plus.