Kentucky Finishes Season No. 16 in AP Poll, No. 18 in Coaches’ Poll 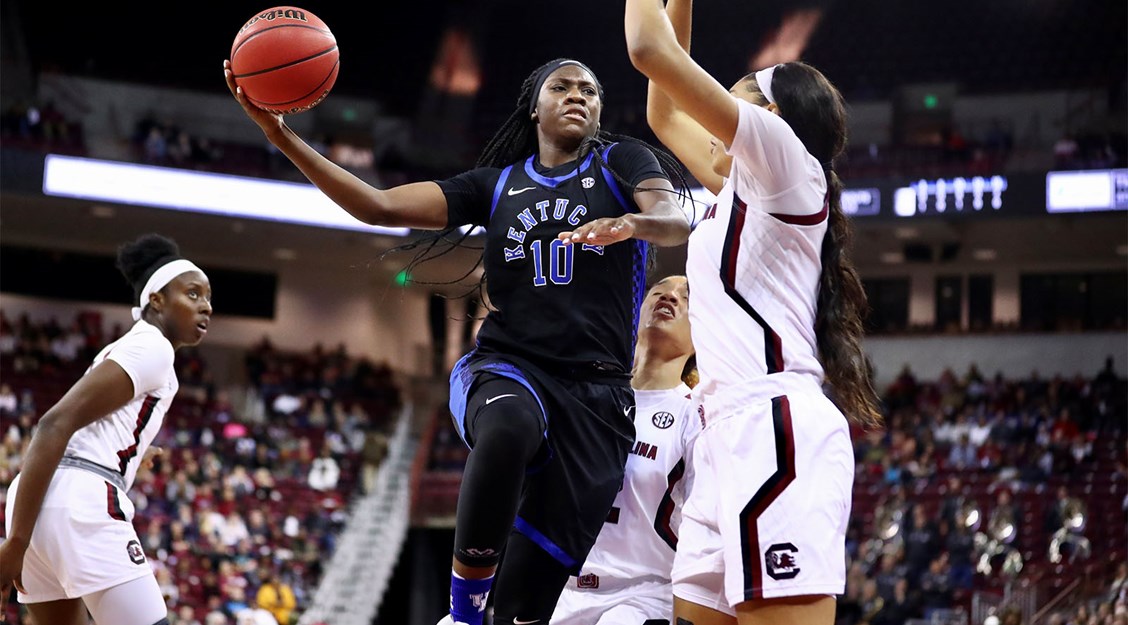 After an impressive season that ended with 22 wins, another top-four finish in Southeastern Conference play and an expected at-large selection in the NCAA Tournament, the University of Kentucky women’s basketball team has finished its season ranked No. 16 in the Associated Press Top 25 final ranking. UK finished No. 18 in the USA Today/Coaches Top 25 that was announced Monday.

Kentucky has been a mainstay in the AP poll over the last 10 years. In the last 212 polls, the Wildcats have been ranked or receiving votes 195 times only being left out of 17 polls.

During the season, the Wildcats earned three wins over ranked opponents taking down No. 6 Mississippi State, No. 12 Texas A&M and No. 22 Tennessee. The win vs. Mississippi State was Kentucky’s first over a top-10 team since taking down No. 2/3 Mississippi State back in February 2017 in Lexington. UK also defeated Tennessee in the quarterfinals of the SEC Tournament marking the first time the Wildcats have beat the Lady Vols twice in the same season and the first three-game winning streak against Tennessee in program history.

Statistically the Wildcats put together one of the best seasons in program history in 2019-20. Kentucky hit 252 3-pointers during the year, which set a new program record for 3s made by a team in program history, surpassing the previous record of 240 makes in 2012-13. UK hit 10 or more 3s in 13 games and hit a new school-record 16 3-pointers in the win vs. Alabama in Tuscaloosa. The Wildcats 36.3 percent from long range this season is the fifth best percentage in program history while its 72.5 points per game is its best scoring average since 2015-16.

Individually, Rhyne Howard had one of the best seasons in program history averaging 23.4 points per game, which ranked second nationally and first in the SEC. Howard led Kentucky with 6.5 rebounds per game and set a new program record for 3s made in a season with 84. She also paced UK with 62 steals while she was second in blocks with 29 and third in assists with 66. Howard is considered a candidate for national player of the year after league coaches named her the SEC Player of the Year.

Junior guard Chasity Patterson played in 19 games after sitting out of the first half of the season due to NCAA transfer rules and averaging 11.5 points with 29 assists and 25 steals. Senior guard Sabrina Haines was the only Wildcat to play and start in all 30 games averaging 9.7 points and 3.9 rebounds per game while hitting 40 percent from long range. Senior guard Jaida Roper played in 30 games with 19 starts averaging 7.8 points per game while leading UK with 102 assists.