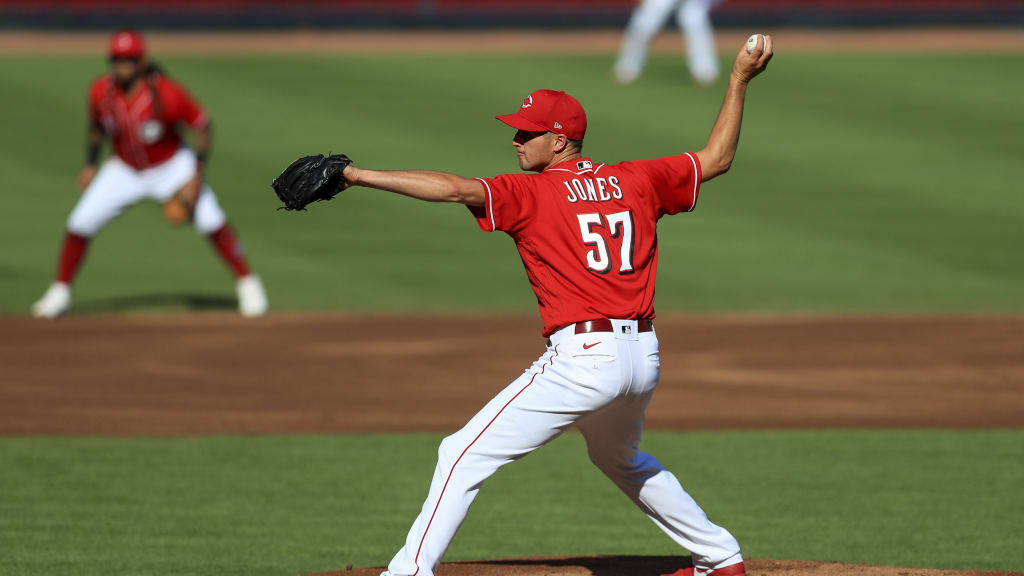 Nate Jones grew up a fan of the Cincinnati Reds.

On Friday, Jones will be on the team’s Opening Day lineup against the Detroit Tigers. Jones, a graduate of Pendleton County High School and Northern Kentucky University, signed a minor league contract with the Reds in January.

Jones recalled attending Cincinnati games as a youngster and hasn’t forgotten those visits to the ballpark.

“When we had perfect attendance or the A and B honor roll growing up, one of the prizes or gifts you got was two tickets to a Reds game,” Jones said. “I’m not saying I was the best student or made it to school every day, but when I did, you realized, ‘Hey, you got to go to a Reds game,’ so those experiences with my family were ones that I’ll cherish and never forget.”

The right-handed reliever began his professional career with the Chicago White Sox and made his debut in 2012 after being drafted in the fifth round of the Major League Baseball Draft. He was traded to the Texas Rangers last season and then signed with the Reds seven months ago.

Cincinnati Reds manager David Bell was pleased to add Jones to the roster.

“It adds to the experience of wanting to do well and being successful individually and having a goal of trying to win and winning a championship,” Bell said. “All of that and doing it for a team that means a lot to you, no matter what.”

Jones threw well in summer camp and tossed one scoreless inning, surrendered one hit, one walk (intentional) and two strikeouts and recorded a save in a scrimmage Saturday.

“I was still able to do my job, which is attack hitters and get guys out. Whenever you can do that, it can definitely make it a tough decision on the team on whether for me to stay or go,” Jones said.

“Going in, we knew what he had done in his career,” Bell said. “We knew he could help us, not only being on the staff but potentially being a guy we rely on and has the experience of pitching late in games in big situations and all of that. The big thing going in for us — is Nate healthy? And he’s shown that.”

The season opener will be unique, but Jones is planning to make the most of his opportunity.

“Obviously, fans being there and family being there make it different, but bringing it back to the simplest form of making the Opening Day roster, I’m not going to let it take away from that,” Jones said. “It is a bummer that we’re not going to have any fans and my family can’t be there, but it’s still awesome and it’s still exciting and I’m definitely honored by that.”