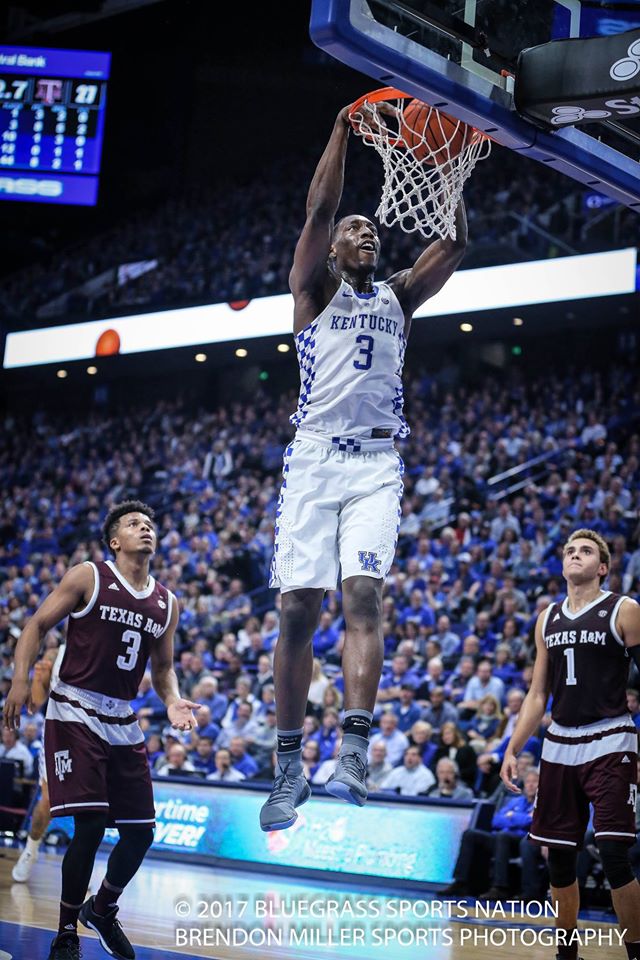 The 42-point victory shows how explosive this young Wildcat team has been this season.  Led by freshman Malik Monk’s 26 points the Wildcats were never challenged in the game. After Texas A&M took an early 3-0 lead, the Wildcats went on a 15-0 run and cruised to a 50-27 halftime lead.

This Kentucky team is a scoring machine.  It is the first Kentucky team in history to have scored at least 99 points in each of their first two conference games.  They had 99 points in a win over Ole Miss last week and then racking up 100 points tonight against the Aggies.  The Wildcats came into the game averaging 93 points per contest and did nothing to hurt that average.  The Cats have been red hot and now have scored over 100 points in five of their first 14 games.

While Monk was the star of this game, the Wildcats also got a strong contribution by fellow freshman DeAaron Fox who had 15 points, 6 assists and 5 rebounds.  Sophomore guard Isaiah Briscoe also chipped in with 13 points and 7 assists.

The sixth ranked Wildcats are now 12-2 on the season and 2-0 in the SEC.  Kentucky has a 41 game winning streak against un-ranked opponents in Rupp Arena.

The Wildcats will take on Arkansas at 8:30 this Saturday.