Knott Central Bests Wolfe in All A Heavyweight Battle 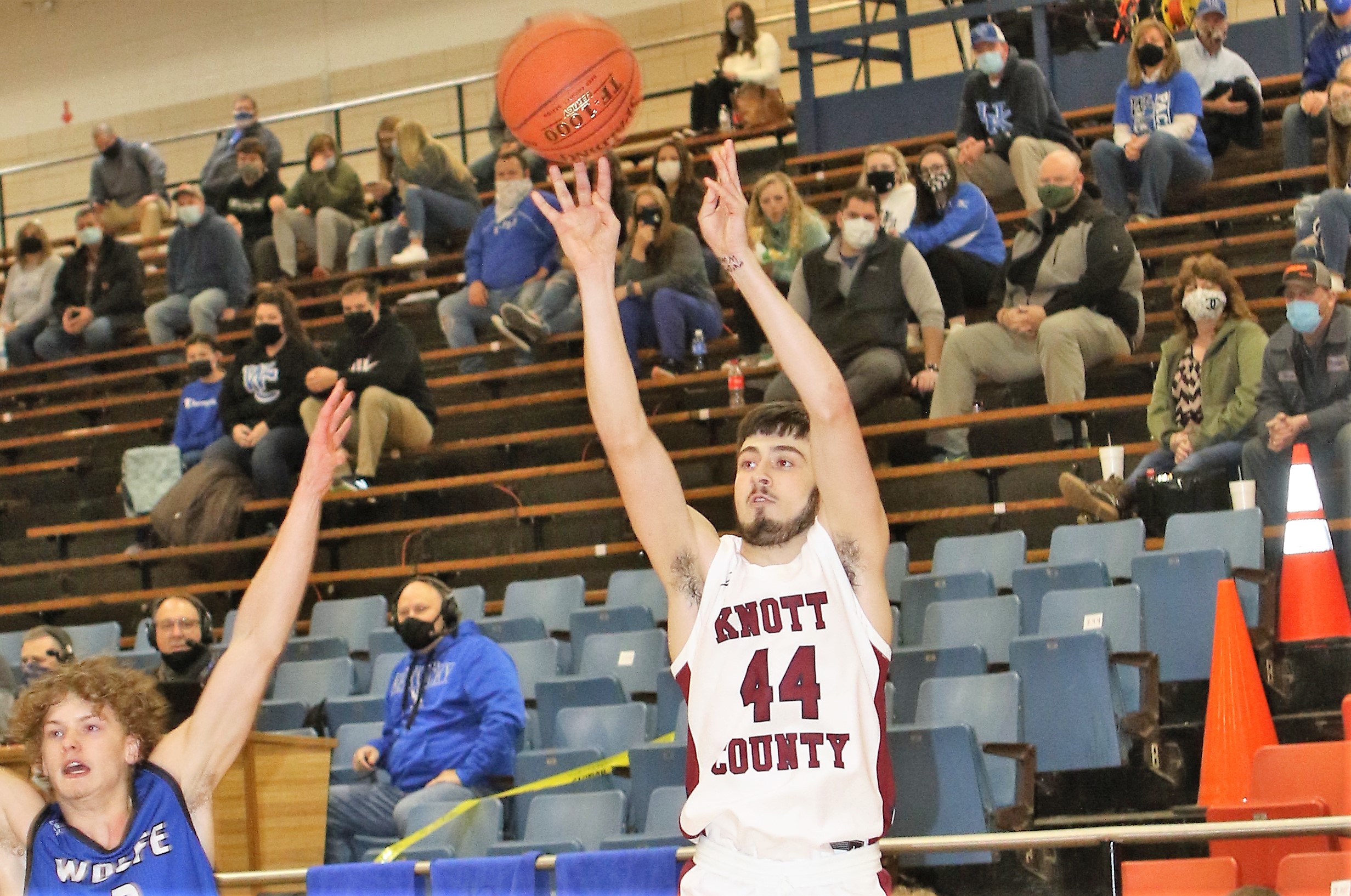 Knott Central and Wolfe met in the All A QuarterFinals on Wednesday night at the Morton Combs Athletic Complex in a much-anticipated matchup. Almost all media and pundits in the area had the Patriots and Wolves as 1 and 2 in the preseason rankings and after Knott subdued Hazard on Monday the scene was set.

Wolfe won the flip and had the opening possession.

1st Quarter
Both teams came out firing from the whistle and pushed the pace. Elijah Tolson hit an early three for the Wolves. Patriot big man Josh McGuire picked up two early fouls and had to go to the bench. Just after the second whistle on McGuire, Knott Senior Point Guard, Kent Damron suffered an shoulder injury and had to be placed in a sling and taken for medcial attention. With Damron and McGuire not on the floor, Senior Scott Shepherd lead the Patriots in the quarter with seven points. Jaz Johnson had seven points for the Wolves.

2nd Quarter
Colby Napier took command for the Patriots in the 2nd quarter slashing to the lane for 10 points. Kizer Slone added three field goals. Elijah Tolson connected on two threes and had eight points for the Wolves. At the half, Knott led 43 – 34.

3rd Quarter
McGuire took control of the 3rd quarter for the Patriots with four baskets in the lane, and Jaz Johnson had 11 of his game-high 24 in the quarter. Both teams booked 16 points in the quarter and Knott maintained their nine point lead headed to the 4th.

4th Quarter
Wolfe tried to make several runs in the final eight minutes, but each time the lead would be cut into, the Patriots would make a momentum shifting shot. 8th Grader, Drake Slone, operating the point in the absence of Damron, hit two big threes down the stretch to help maintain the Patriots cushion. Napier was four of four from the line in the quarter capping off his 11 for 11 perfect performance at the line.

Our best wishes are with Kent Damron and we are hopeful his injury is not serious and will not limit his availabilty going forward.

NEXT
Knott will take on Leslie County in the Nightcap of the Semi-Finals on Saturday. The matchup is scheduled for 7:00 PM.