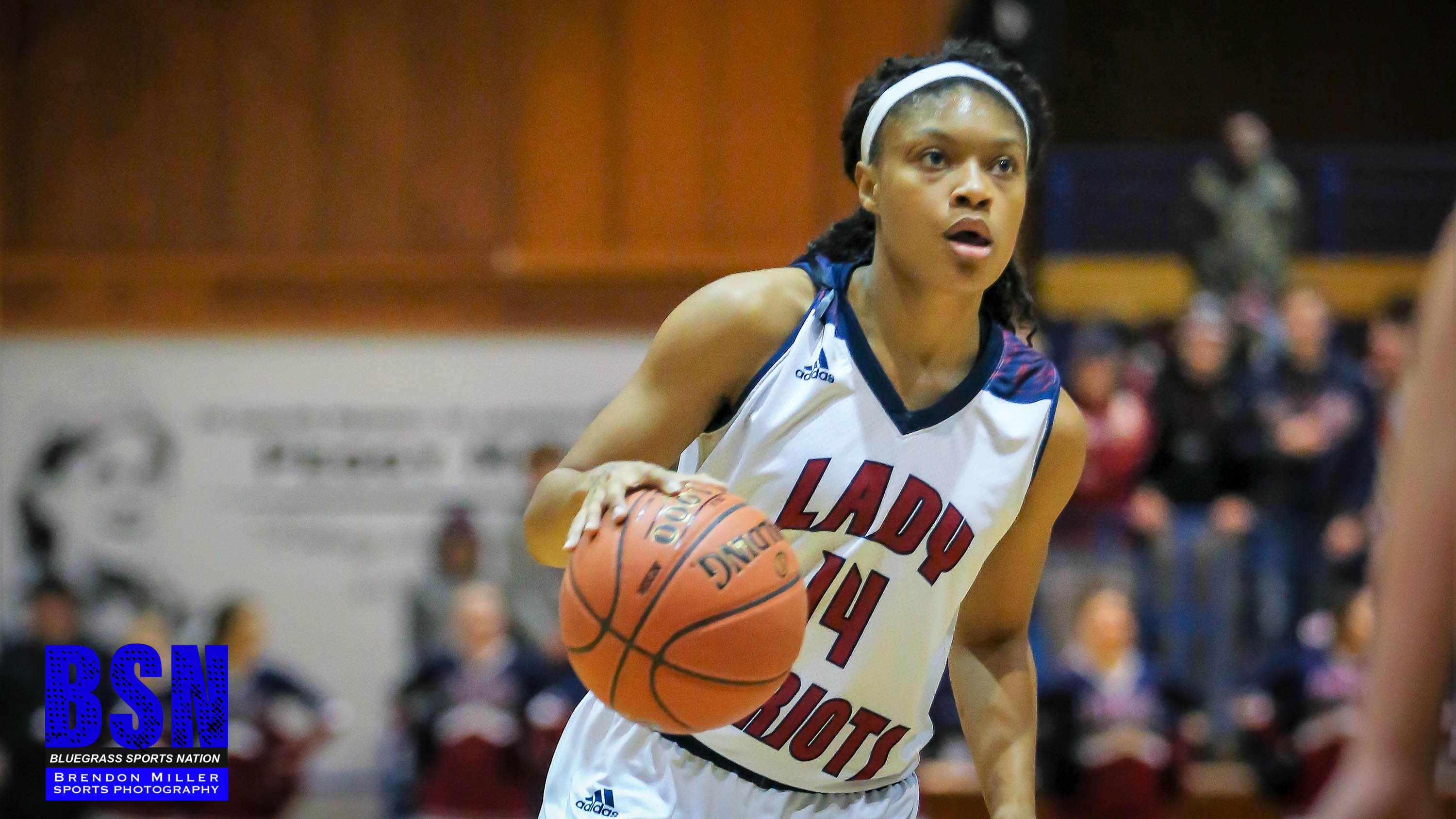 Familiar Foes met in Jackson for the 14th Region Title as 53rd District Rivals Knott Central (24-7) and Letcher Central (20-9) hit the floor in the Fairce O. Woods Coliseum for their 4th go-around of the year. Knott won both regular season meetings 65-56 on January 18th, and 61-55 on February 1st while Letcher exacted revenge in the 53rd District Championship Game on February 21st, taking the title 54-46.

These are two evenly-matched teams and 32 minutes were not enough for the final decision to be reached.

Letcher started quickly behind Senior Emma Maggard who scored five in the 1st to pace the Lady Cougars with Brooke Bates adding four. Knott Sophomore Keara Mullins, the stand out player of the tournament, had six in the quarter, and 14th Region Player of the Year, Jada Higgins had four. End of the 1st, Letcher led 12-10.

The 2nd quarter was a draw with both teams scoring 10 a piece. Junior Brooklyn Collins knocked down a three to pace Letcher and Freshman Courtney Hayes had four for Knott. At the half, Letcher led by two, 22-20.

The 3rd Quarter was firmly under the control of the Lady Cougars for 7:30. Letcher used a 12-4 run to take what looked and felt like an insurmountable lead at 34-24 on the strength of six by Bates and four by Kenzie Craft. With :30 remaining in the quarter, Freshman Brooke Mason took, and made, a deep three from the right wing, to cut the Lady Cougar lead to seven and give Knott the momentum headed to the 4th. At the end of the 3rd, Letcher led 34-27.

The Lady Patriots hit the gas and showed the heart of Champion in the 4th behind Mullins, who pumped in seven, and Hayes who had five. Letcher survived the run getting four from Collins and a basket from Bates to leave the game tied at 40 with Knott having the last possession. Knott did not convert and extra basketball was required.

Knott ruled the overtime 14-9 to outlast Letcher and again defend their Region Title. Mullins had 11 of her game-high 26 in the extra period. Mullins hit a three and was 8 of 10 from the line. Knott’s only other score was a three by Presley Fletcher. Bates added six more of her team-high 21, but it was not enough to stem the Patriot momentum.

In the end, it was the grit and character of the two-time defending Champs that decided this game. When it was winning time, the Lady Patriots just got to winning. Final Knott 54 – Letcher 49.

Knott will head to Rupp Arena to take on the 11th Region Champion (Scott County or Henry Clay) to open the Girls Sweet Sixteen on Wednesday, March 13, at Noon!