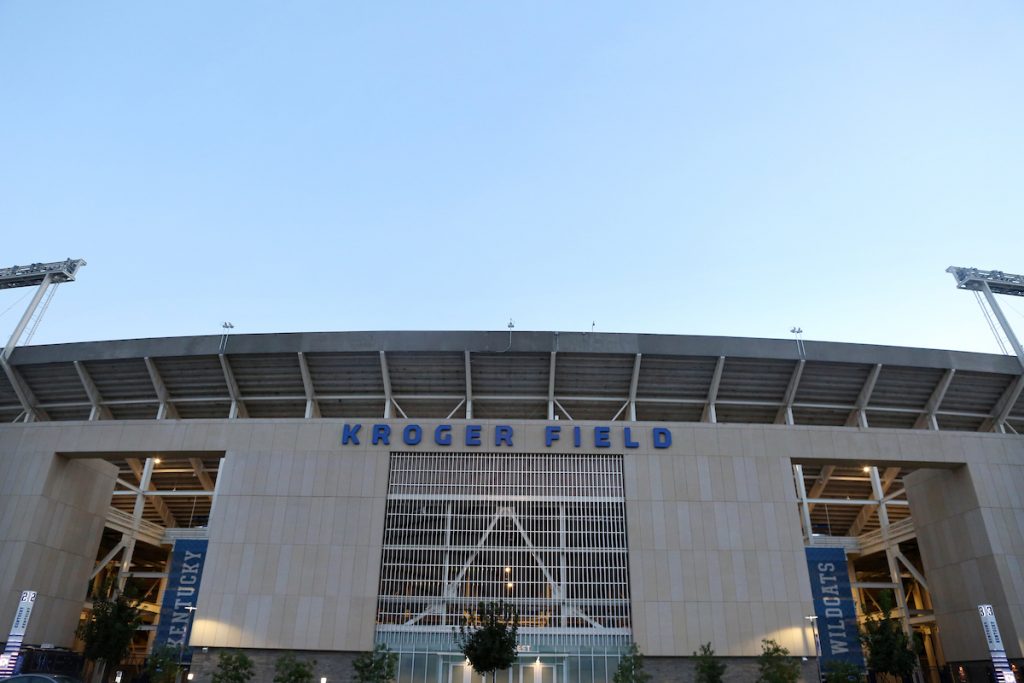 LEXINGTON, Ky. – The Russell Athletic/KHSAA State Football Finals, hosted by the University of Kentucky and the city of Lexington, will be played Dec. 1-3 at Kroger Field.

Tickets for all six KHSAA Commonwealth Gridiron Bowl games – the state championship games for all six Kentucky high school classifications – are available now. Both all-session and single-game tickets are available. The complete schedule is as follows:

Matchups will be set following the conclusions of state semifinal games to be played on Friday.

Complete information for fans attending the games is available at UKathletics.com/khsaa and khsaa.org/football. All games will be streamed via pay per view on the NFHS Network atkhsaa.tv and audio broadcasts will be available at khsaa.net.

In conjunction with the games, campus tours will be offered to prospective UK students currently in high school on Friday, Dec. 1 and Saturday, Dec. 2. More information will be announced once participating schools are determined. Representatives from the University of Kentucky’s Admission and Financial Aid offices will be on the concourse of Kroger Field during games to provide information about the school and answer questions.

University of Kentucky teams will be in action the weekend of the state football finals, with the men’s basketball team hosting Harvard at 3:30 p.m. on Saturday, Dec. 2 and the women’s basketball team hosting Tennessee Tech at 2 p.m. on Sunday, Dec. 3. The UK volleyball team is also a strong contender to host first- and second-round NCAA Tournament games that weekend, though more information will not be available until next week.

Lexington was the original home to the KHSAA state football finals, with games being played at Stoll Field from 1959-1966 and 1968-1972. For the last eight years, games have been played at Houchens-LT Smith Stadium in Bowling Green.

Kroger Field, renamed from Commonwealth Stadium in May as part of a comprehensive partnership with Kroger, originally opened in 1973 and reopened following a major renovation in 2015. The stadium hosted the KHSAA state football finals for the first and only time in 1976. Kroger Field, with a capacity of 61,000, has a state-of-the-art synthetic surface called UK-Speed Series-S5-M, the same surface used at the 2013 and 2014 Super Bowls.