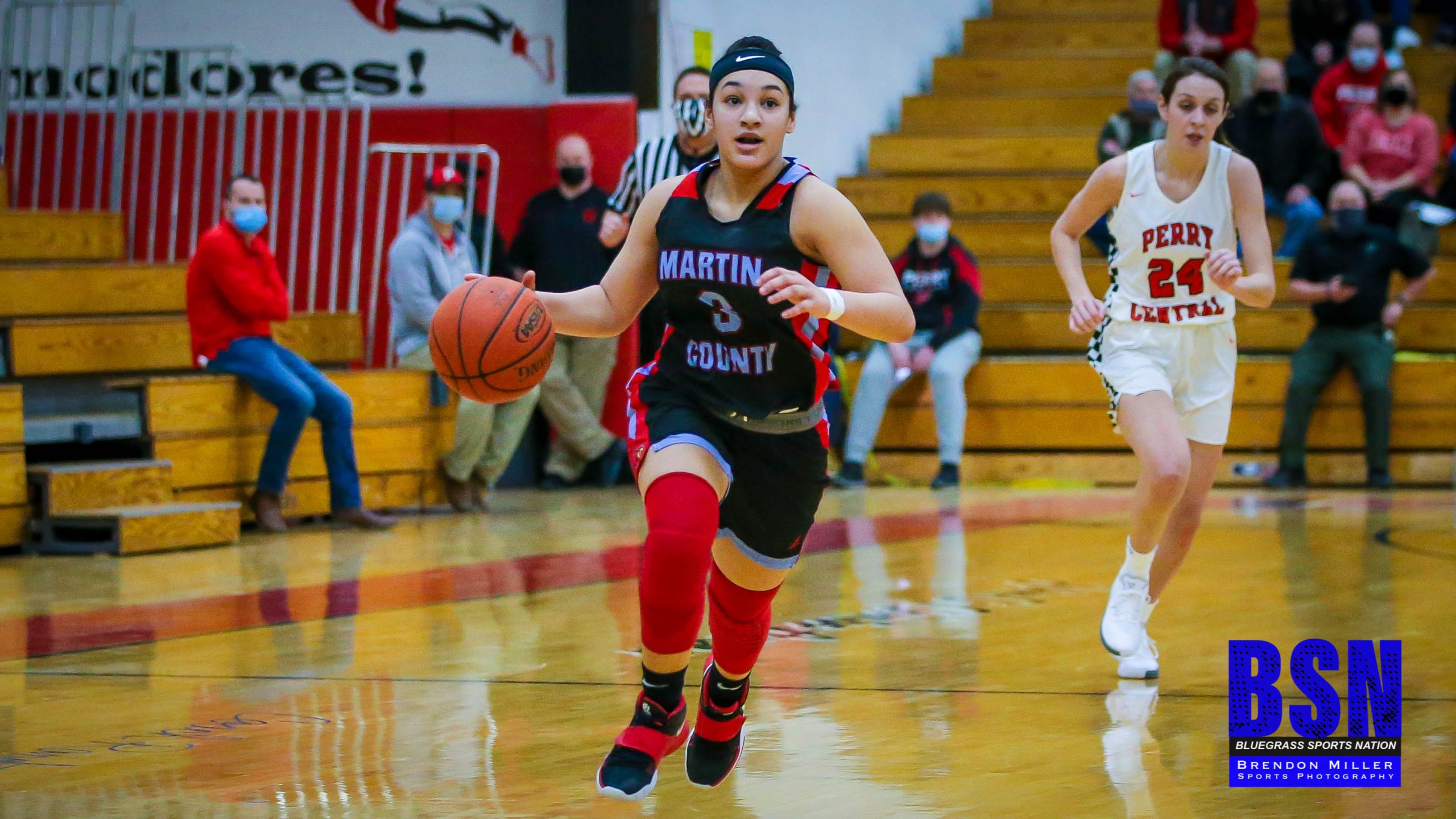 The Martin County Lady Cardinals used a big 3rd Quarter to best the Perry Central Lady Commodores and advance to the Semi-Finals of the 34th Annual WYMT-Food City Mountain Classic on Thursday Night.

1st QUARTER
Perry took an early lead behind two baskets by Katie Dunnigan and 3-pointers by Emmalee Neace and Lexie Mullins. Martin got a couple of baskets in the period by both Lynndsey Cassell and Katie Marcum. At the end of the 1st, Perry led 12-11.

2nd QUARTER
The two teams played to a 15 all tie in the 2nd with Alyssa Allen leading the way for the Lady Cardinals with six, Laken Williams added five and Marcum had four. The Lady Commodores scored nearly all their points in the period from either behind the arc or at the line. Kyra McAlarnis had two 3-pointers for six, Neace hit her second 3-pointer of the game and Dunningan had four. At the half, the Lady Commodores held a 27-26 lead.

3rd QUARTER
Martin turned up the pressure in the 3rd and hit the gas offensively putting up 31 over the eight minutes. Laken Williams had ten of her game-high 22 on a 3-pointer, two buckets and three of three from the line. Caswell hit two 3-pointers and had nine, while Marcum and Jaaliyah Warren each had four. Mullins knocked down her second 3-pointer to lead Perry with five. Headed to the 4th, Martin was up by 16, 57-41.

4th QUARTER
Martin closed out the game at the line going 14 of 16 in the period. Neace had nine down the stretch to finish with a team-high 17 for Perry.

Martin improves to 8-2 on the season and will play Floyd Central in the Semi-Finals.