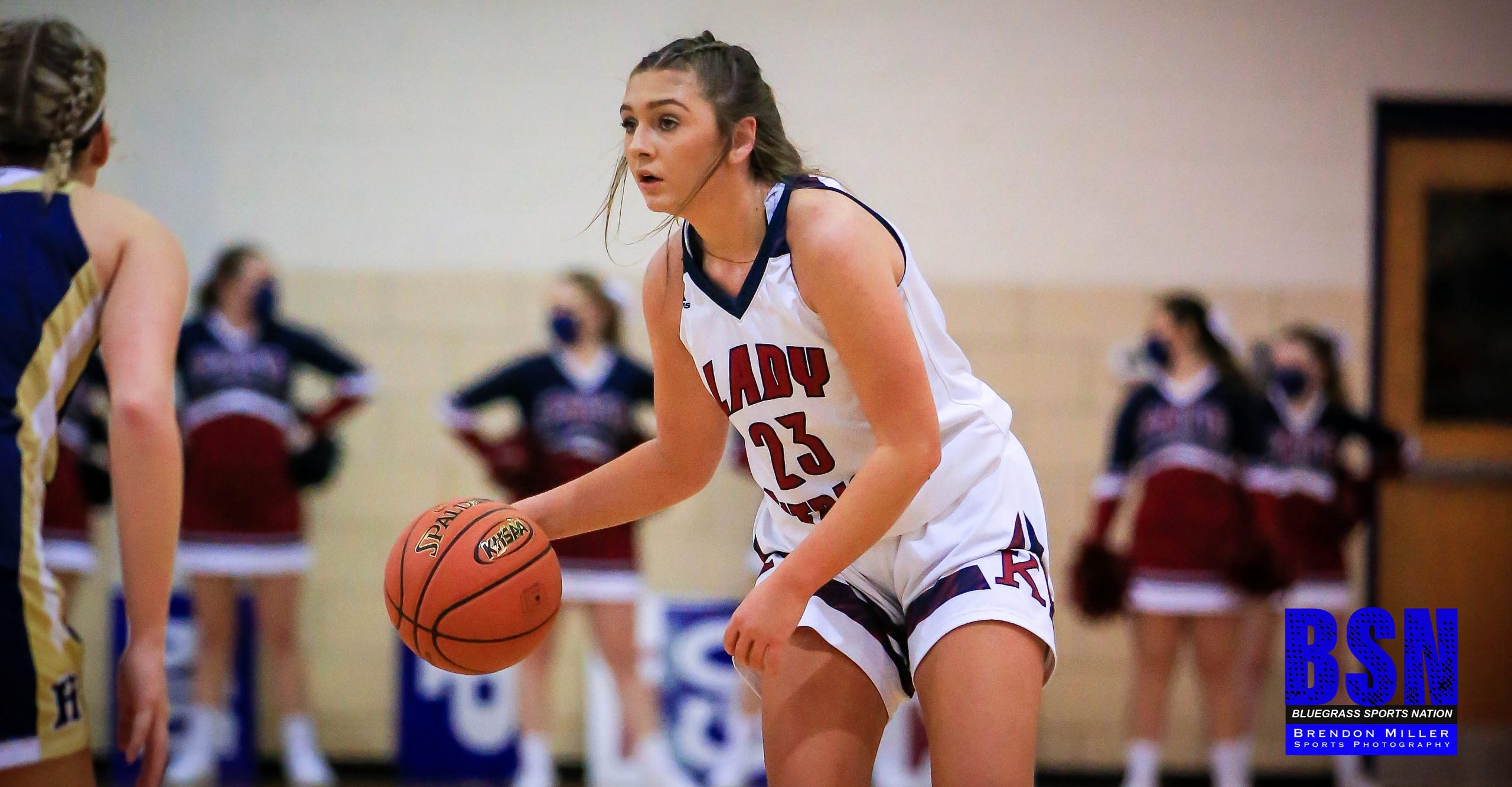 On Monday night, the Knott Central Lady Patriots hosted the Powell County Lady Pirates. The Lady Patriots led by 14 points after the opening quarter and went on to win the game 64-49.

In the Third Quarter:
Mullins scored six points for Coach Jeff Honeycutt’s team, while Howell and freshman guard Mikyra Caudill combined to score nine points for the Lady Pirates. The score was 50-35 in favor of Knott Central going into the fourth quarter.

In the Fourth Quarter:
Powell County had four players score, including Hall who made her third 3-pointer of the game. Mullins made a 3-pointer and led the Lady Patriots in scoring with five points. The final score was 64-49.