Lady Patriots Dispatch Leslie Head to All “A” Regional Final 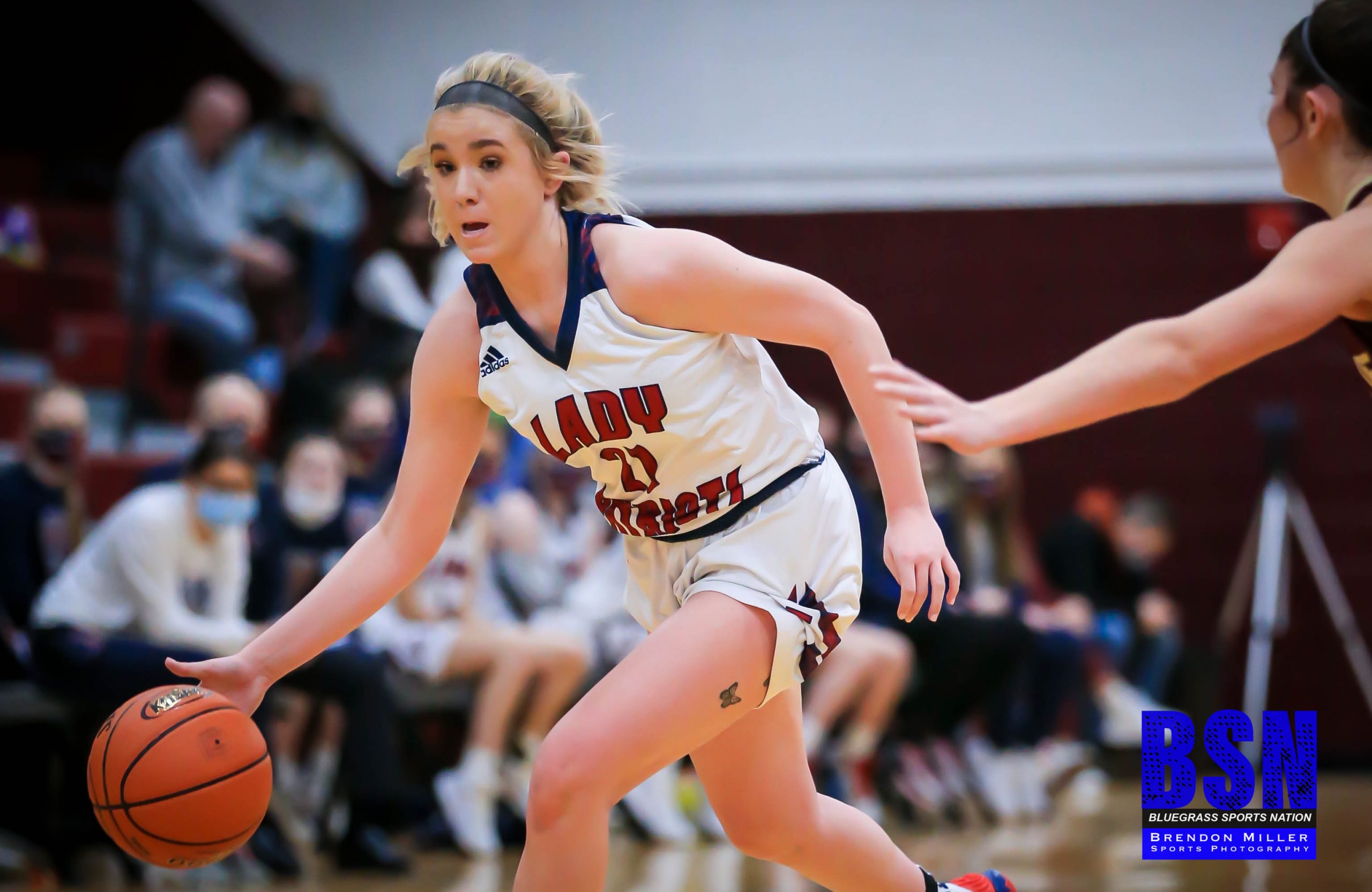 The Knott County Central Lady Patriots defeated the Leslie County Lady Eagles 70-39 in the semifinals of the 14th Region All “A” Classic. Knott Central had four players score at least 13 points.

In the First Quarter:
Sophomore guard Abby Maggard made three 3-pointers and scored 11 points for the Lady Patriots. Keara Mullins, Brooke Mason, and Kelsey Noble also scored for Knott County Central. For Leslie County, sophomore center Emma Napier and sophomore guard Courtney Hoskins combined to score all 12 of the team’s points. At the end of the opening quarter, the Lady Patriots led 18-12.

In the Second Quarter:
Iris Napier, a sophomore guard, led the Lady Eagles in scoring with four points, while Mason and Presley Fletcher each scored four points for Coach Jeff Honeycutt’s team. After two quarters of play, Knott Central led 31-20.

In the Third Quarter:
Five players scored for the Lady Patriots, and they extended their lead to a comfortable margin. Mason and Noble each made a 3-pointer, while Fletcher led all scorers with six points. For Leslie County, sophomore forward Emily Napier led the team in scoring with four points. With one quarter remaining, the score was 49-28.

In the Fourth Quarter:
Fletcher took control with eight points. She finished with 18 points, which led all scorers. For the Lady Eagles, Iris Napier made the team’s only 3-pointer of the game and tallied five points. The final score was 70-39.

NEXT
The Lady Patriots take on Owsley County in what should be a great one in the All A Final. Game is scheduled for 3:00 PM. BSN will stream it LIVE on both BSN Facebook and YouTube.