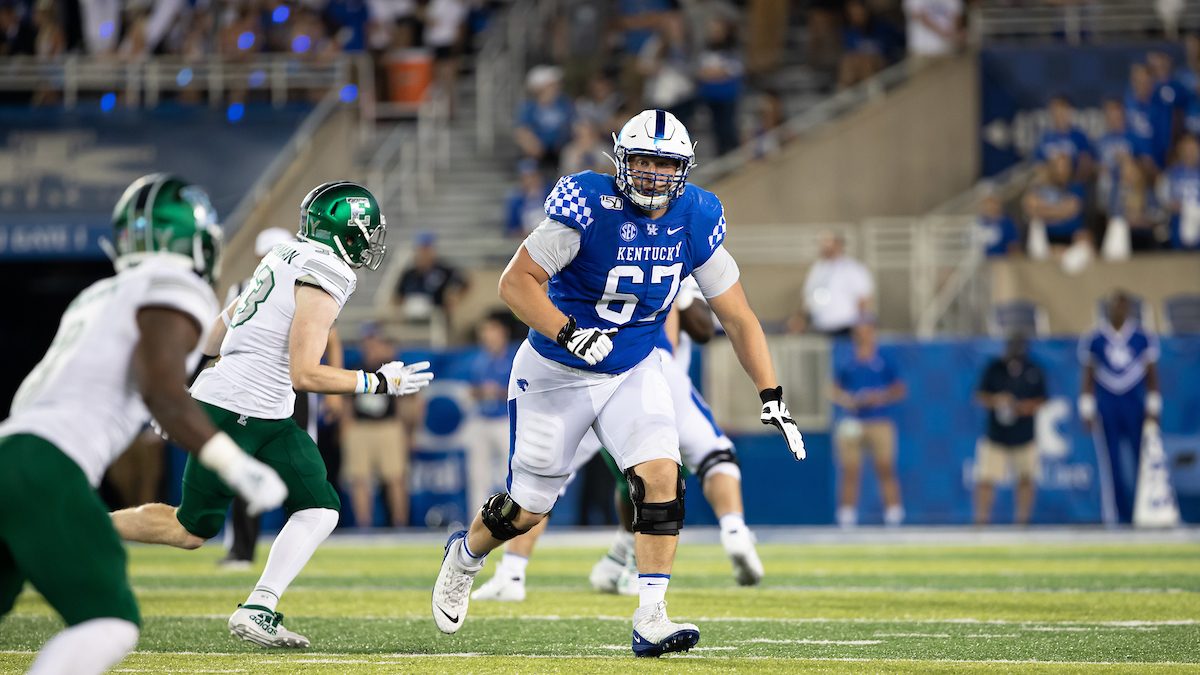 LEXINGTON, Ky. –University of Kentucky junior offensive tackle has been named the Southeastern Conference Offensive Lineman of the Week, it was announced Monday by the league office. This is Young’s first player of the week honor.

Young, a native of Lexington, Kentucky, graded at 91 percent in Kentucky’s 38-17 win over Eastern Michigan. He led the team with seven knockdown blocks and 24 blocks at the point of attack, did not allow any quarterback sacks or pressures and did not have any missed assignments or penalties. He had a knockdown block on UK’s first rushing touchdown and point-of-attack blocks on UK’s other two rushing TDs.

As a team, UK had 461 yards of total offense, including 200 each in rushing and passing. The Wildcats have scored 38 points in each of its first two games, first time that has happened since 2007. The Cats rushed for 239 yards and had two scoring drives of at least 90 yards, giving them four such drives in two games. Running backs A.J. Rose and Kavosiey Smoke each have a rushing touchdown in each of the first two games this season, the first UK teammates to do that since Tony Dixon and Alfonso Smith in 2009.

Young missed the 2018 season with a left knee injury suffered during fall camp.