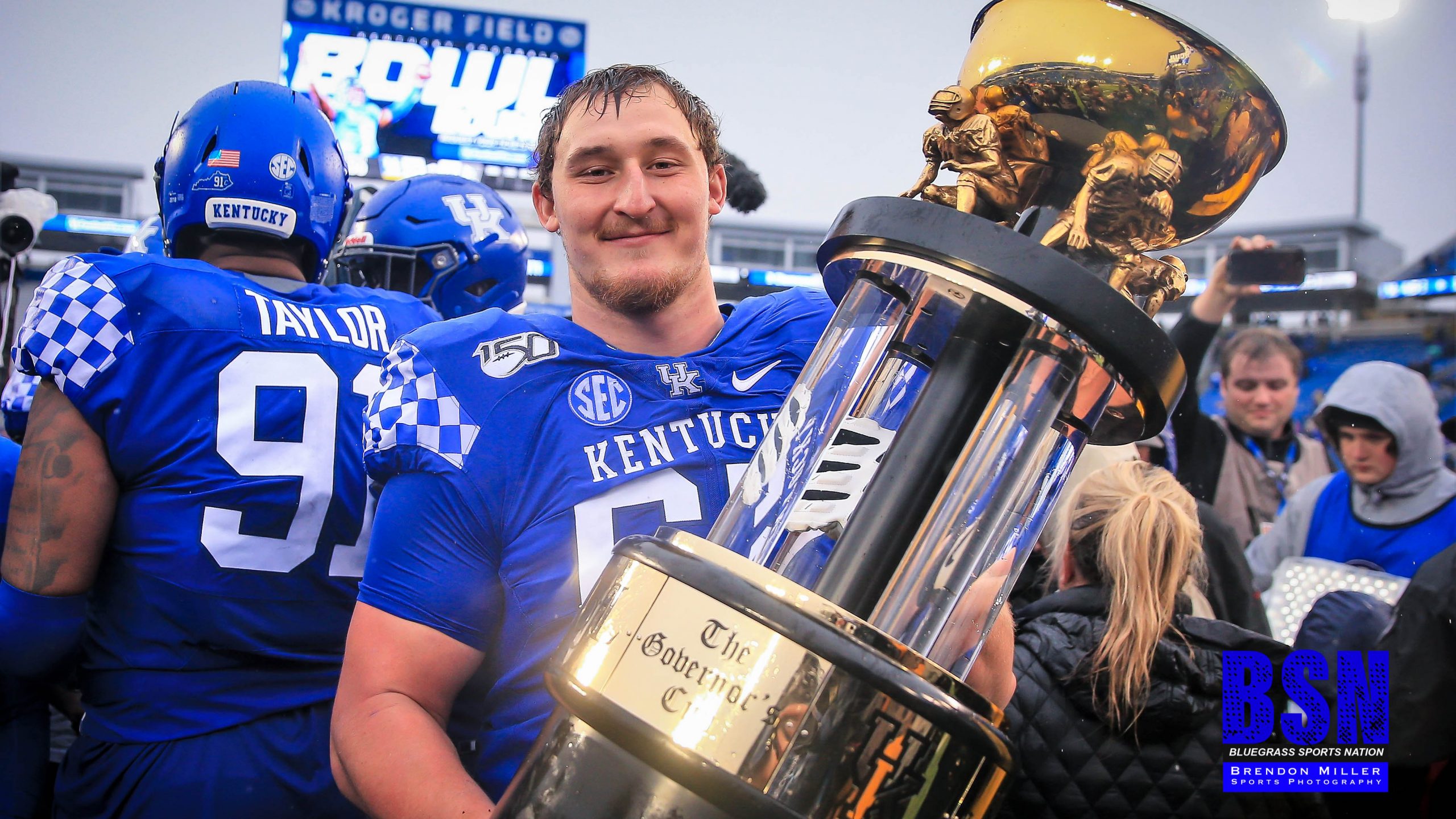 Junior offensive tackle volunteers at nursing homes, hospitals, churches and schools to give back to his community

LEXINGTON, Ky. –University of Kentucky junior offensive tackle Landon Young has been named to the Southeastern Conference Community Service Team, it was announced by the league office on Wednesday.

For his work in the community, Young has also been named one of just 11 players from the NCAA Football Bowl Subdivision to the 2019 Allstate AFCA (American Football Coaches Association) Good Works Team®, an annual award given to college football players for the impact they make off the field. In addition, he was a nominee for the Wuerffel Trophy, given to college football’s top community servant.

In the classroom, Young is on track to graduate in December with a degree in animal sciences with hopes of one day becoming a veterinarian.

After missing the 2018 season with a torn ACL suffered in preseason practice, Young returned to the playing field with a vengeance and has been an integral part of the Big Blue Wall, helping pave the way for one of the most dangerous ground games in America. The Wildcats have rushed for 3,293 yards, a new single-season record, and they currently lead the SEC and rank in the top five nationally in rushing yards per game (274.4) and yards per carry (6.36).  Behind Young and the Big Blue Wall, four players have rushed for more than 500 yards this season in running back quarterback Lynn Bowden Jr., and running backs Christopher Rodriguez Jr., A.J. Rose and Kavosiey Smoke, including three with over 600 yards (Bowden, Rose, Smoke).