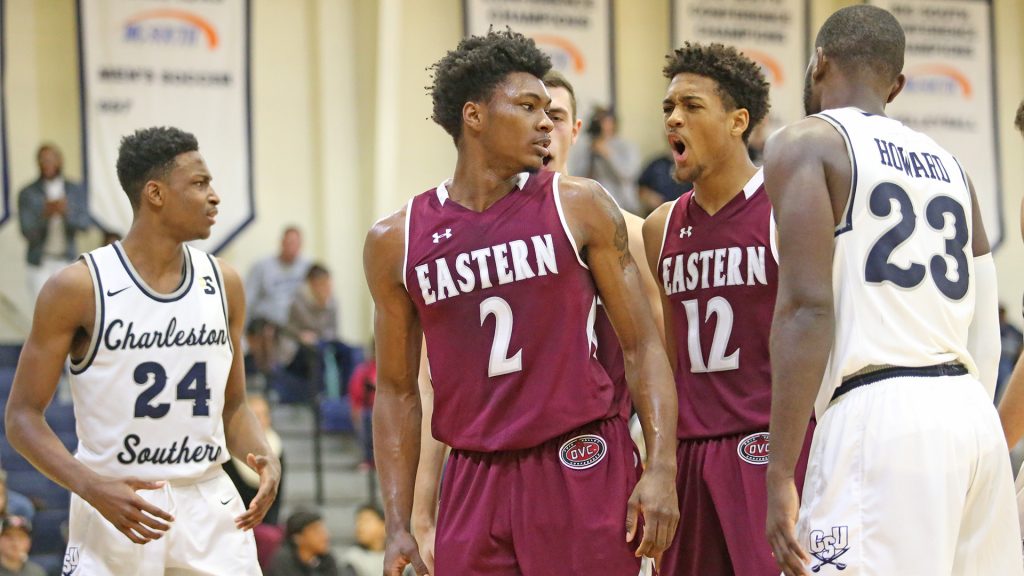 NORTH CHARLESTON, S.C. – Trailing by five with just less than five minutes to go in the game, the Eastern Kentucky University men’s basketball team held Charleston Southern University scoreless the rest of the game and won by five, 70-65, on Friday night at Buccaneer Field House.

The Buccaneers used a 10-5 run midway through the second half to break a 55-55 tie.  After a basket by Javis Howard with 9:37 showing on the clock, CSU’s final six points of the run came at the free throw line.  That bucket was the final field goal for Charleston Southern in the game.  Jamaal David’s free throw at the 4:57 mark finished off the run and put the home team in front 65-60, but was his team’s final point in the game.

An offensive rebound and put back by DeAndre Dishman got Eastern within two, 65-63.  Moments later Dishman’s dunk gave the lead to EKU for good, 66-65, with 2:01 left to play.  The Colonels still had that same one-point lead when CSU’s Cortez Mitchell missed two free throws with 16.8 seconds left in the game that would have put the Buccaneers in front.  Freshman Dedric Boyd made both of his free throws at the other end.  Christian Keeling’s three-point attempt to tie the game with six ticks on the clock just missed.  Dishman secured the rebound with 1.7 seconds remaining and then hit two free throws to set the final score.

Keeling finished with a game-high 26 for Charleston Southern (4-5).  He scored 10 of his points on 11 free throw attempts.

The Buccaneers out-shot Eastern Kentucky, 45 percent to 39 percent, but the Colonels out-scored CSU at the free throw line by six, out-rebounded Charleston Southern by eight, and turned 14 offensive rebounds into 14 second-chance points.

After a basket by Phlandrous Fleming put the home team in front 19-11 the Colonels rolled off a 23-7 run, aided by strong rebounding and a pressure defense, to go in front by eight.  An old-fashioned three-point play by Dishman and traditional three-pointers from Boyd and Dillon Avare got the run started and gave Eastern its first lead of the game, 20-19, with 9:36 left in the first half.  Boyd hit two 3-pointers later, the second of which stretched the margin to eight, 34-26, with 5:21 on the clock and finished off the 23-7 run. 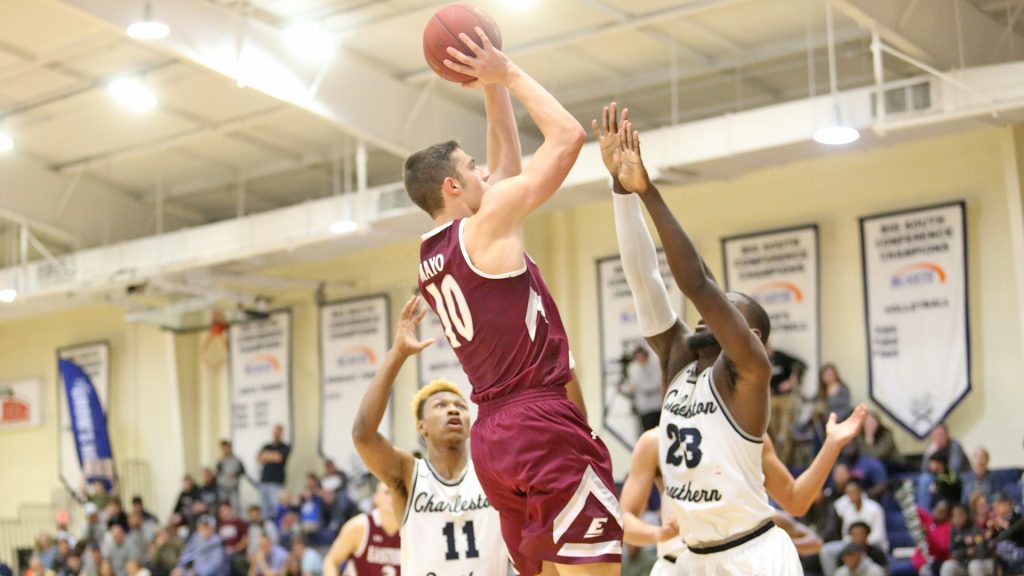 Two free throws from Mayo, a three-pointer from the left corner by Avare and back-to-back buckets by Charles allowed the Colonels to go on top by 13, 43-30, with less than 30 seconds remaining.  The Buccaneers ended the first half with a four-point play by Keeling to cut the margin to seven.

CSU came out of the locker room at the break and started the second stanza with a 19-5 run to take a 55-48 lead.

The Colonels will be back at home on Monday against visiting Norfolk State University.  The game will begin at 8 p.m.