Legends Announce Battle of the Bourbon Trail With Florence Y’Alls 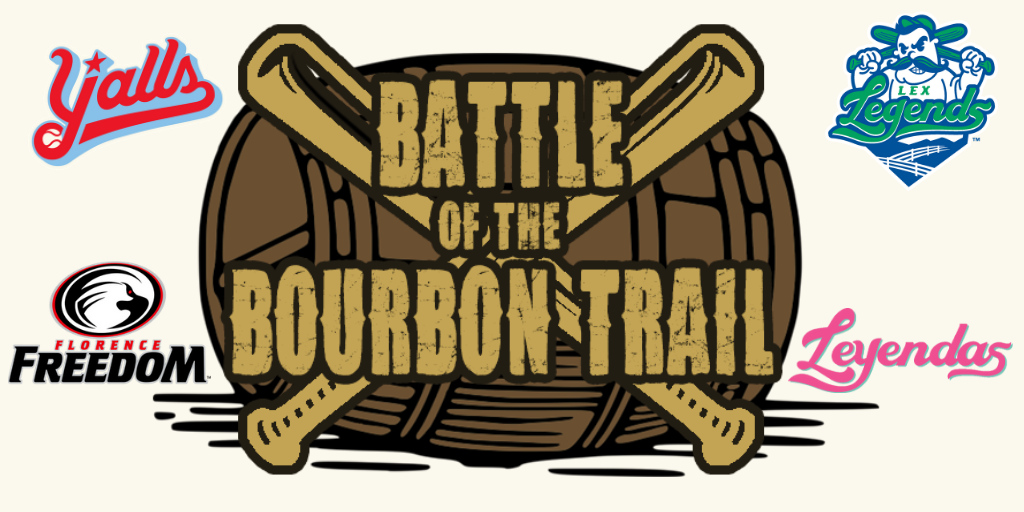 The Lexington Legends and the Florence Y’Alls are proud to announce The Battle of the Bourbon Trail, a newly formed venture to take the field this summer. Both cities will form two teams that will play in front of fans every Wednesday through Sunday starting in Florence on July 31st.

The Battle of the Bourbon Trail came about from both the Frontier League and Minor League Baseball cancelling their 2020 seasons. This venture will begin on July 31st and run for 7 weeks.

“We are thrilled for this new partnership and venture.” said Legends President and CEO Andy Shea, “We know that baseball at Whitaker Bank Ballpark has been greatly missed and partnering with David DelBello and the Florence Y’alls will bring that energy back to the ballpark.”

Each organization will field two high caliber teams. Florence will host the Y’alls and the return of the Freedom. Lexington will host the Legends and their second identity, Las Leyendas.

“This is our chance to bring baseball back to the Tri-State.” said Y’alls President and CEO, David DelBello, “We have been waiting for this chance and can’t wait to welcome fans into our stadium at the end of July.”

These teams are serving as a platform for players looking to start or continue their baseball careers with no other outlets. The four teams will consist primarily of former Major League players, former and current Minor League players and Independent League players.

Tryouts for The Battle of the Bourbon Trail will take place at UC Health Stadium on July 20th and at Whitaker Bank Ballpark on July 22nd. Details regarding tryouts will be available on lexingtonlegends.com in the coming days.