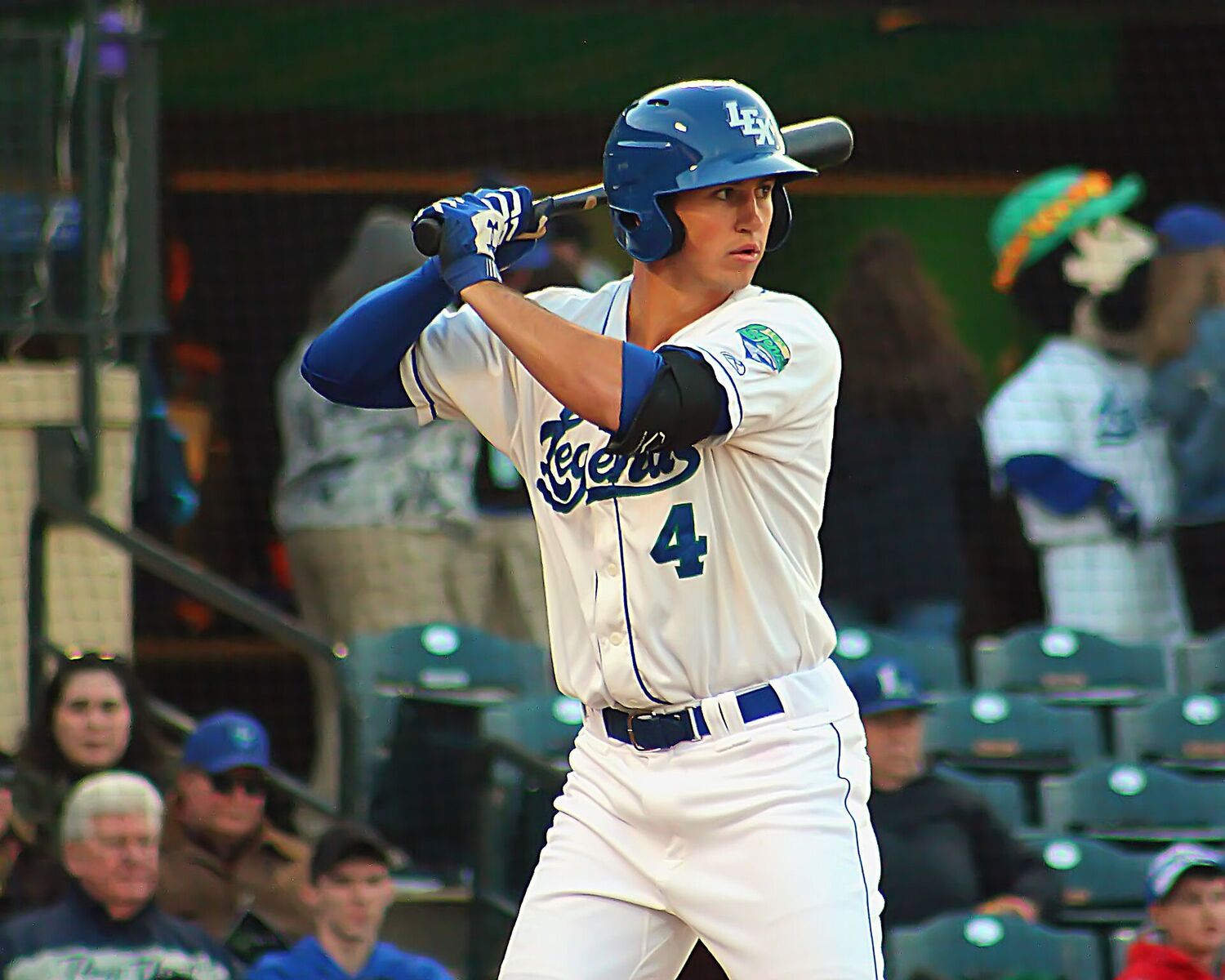 WHITAKER BANK BALLPARK (Lexington, KY) – The Lexington Legends and Charleston RiverDogs split the double header in the series finale. The Legends won game one, 7-4, but fell in game two, 2-1. The Legends are now 3-1 for the season and the RiverDogs are 1-3.

In game one, Charleston scored in the first inning, for the third game in a row. Wilkerman Garcia reached on a one-out single down the right field line. He moved to second on a walk by Steven Sensely, then to third on a walk by Dalton Blaser. Garcia scored when Leonardo Molina grounded into an error and the RiverDogs led 1-0.

The Legends scored all seven of their runs in the second inning. Travis Jones reached on a leadoff single and moved to second on a walk by Vance Vizcaino. A two-run RBI triple to right field by Jeison Guzman brought them both in and the Legends led 2-1. With Guzman at third, Aracena brought him in, extending the lead to 3-1. With Aracena at first base , Marten Gasparini hit a line drive to right field, scoring Aracena, extending the Legends lead to 4-1. Nick Pratto joined Gasparini on the base path with a walk. With two runners on, Seuly Matias stepped to the plate and unleashed a three-run bomb to left field and the Legends led 7-1.

The RiverDogs would strike again in the seventh with an RBI single by Sensely, but it would not be enough and the Legends won game one, 7-4.

In game two, the Legends were able to get on the board in the first inning. Travis Jones powered his first home run of the season onto the roof of the Pepsi Party Deck over the right field wall, and the Legends jumped out to a 1-0 lead.

Charleston had an answer in the fifth after Chris Hess reached on a one-out single to right field. The next batter, Fredrick Cuevas, roped a double and Hess scored, tying the game at two.

In the seventh, Chris Hess reached on a one-out walk then moved to third on a double to right field by Cuevas. With runners at second and third, David Metzgar hit a fielder’s choice that Hess was able to score on and the RiverDogs led 2-1. The Legends were unable to answer in the bottom of the seventh and fell in game two.

Collin Snider pitched a solid 6.0 innings in game one allowing one earned run on seven hits. He walked two and struck out two batters. In game two, Legends starter Daniel Tillo pitched 6.0 innings allowing one run on four hits while striking out three and walking one.

The Legends take on the Greenville Drive Monday, April 9 at 7:05 p.m. at Whitaker Bank Ballpark for game one of a three game series against the Drive. RHP Andres Sotillet NR will face Greenville’s RHP Alex Scherff NR.