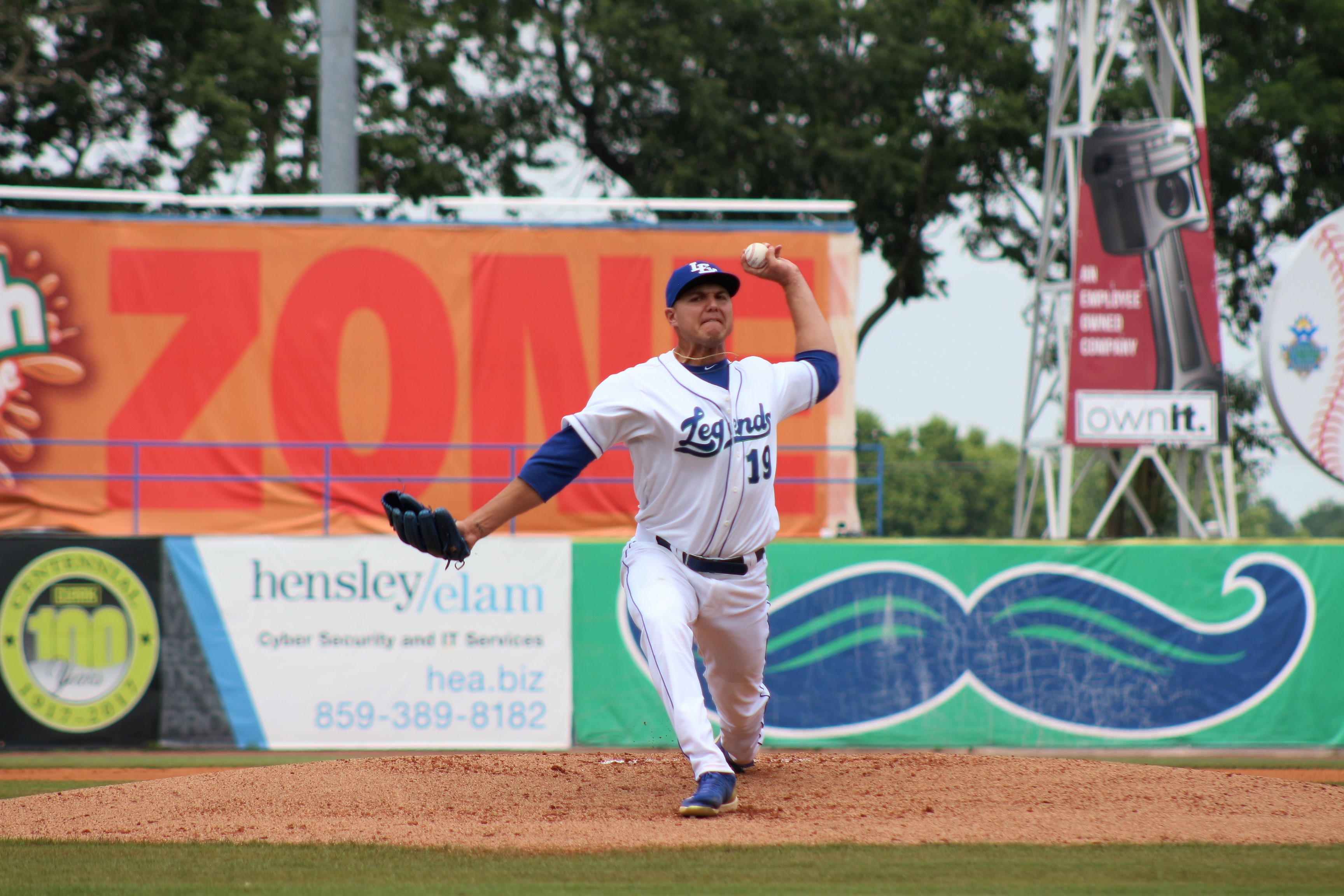 WHITAKER BANK BALLPARK (Lexington, KY) – The Lexington Legends were unable to move any runs across as they fell 5-0 in the series finale with the Charleston RiverDogs. Lexington is now 26-29 on the season, 3.5 games out of first place in the Southern Division of the South Atlantic League.

The RiverDogs plated their first run in the top of the third inning. Brandon Lockridge drew a walk then moved to second on a single to right field by Kyle Gray. Lockridge then came around to score on a passed ball by Freddy Fermin and Charleston was on the board, 1-0.

In the top of the fifth inning, Eduardo Torrealba drew a leadoff walk then advanced to third on a fielding error by Legends’ shortstop, Jeison Guzman. A groundout by Canaan Smith brought Torrealba around to score, extending their lead, 1-0. Kyle Gray then hit a bouncer to Lexington’s second baseman, Kyle Kasser, but it went over his glove and into right centerfield. Gray then moved to second on a wild pitch by Steele and eventually scored on another wild pitch.

The RiverDogs concluded their scoring in the top of the sixth inning. Max Burt blasted a leadoff home run to left field. Eduardo Navas then singled to right field and moved to third on another Legends error. A fielder’s choice groundout by Gray plated Navas and Charleston led 5-0.

The Legends now travel to face the Greenville Drive then onto the Rome Braves before returning to Whitaker Bank Ballpark on June 10.