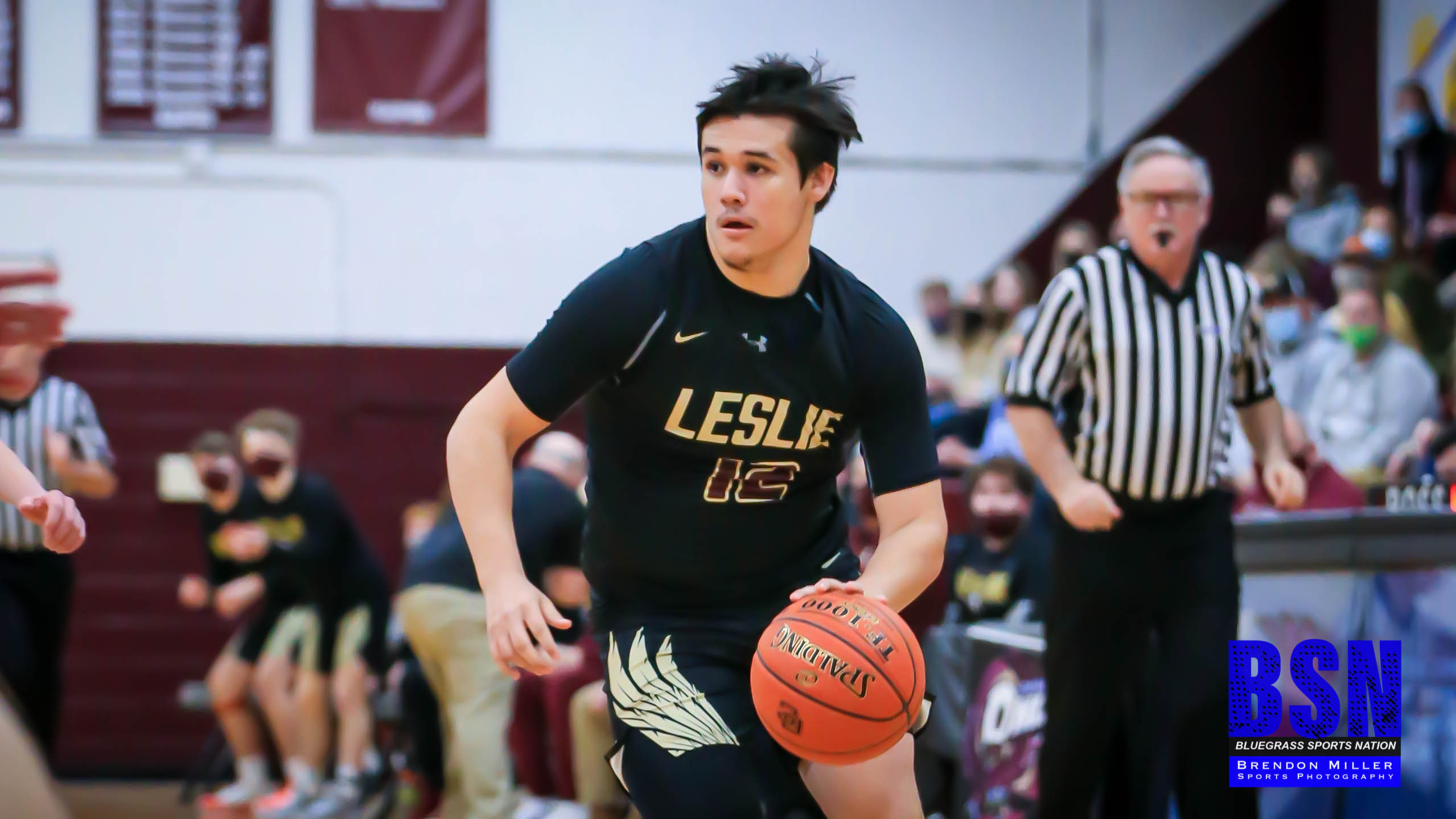 Leslie County traveled to Perry on Monday night for a 54th District clash. After a low-scoring first half, the Eagles pulled away in the second half for the seven point win, and notch their first-ever victory over Perry at John C. Combs Arena.

1st QUARTER
Trent Day knocked down two 3-pointers for six while Jason Baker had five for the Eagles. Rydge Beverly had five for Perry. End of the 1st, Leslie led 11-7.

2nd QUARTER
Both teams had trouble scoring with Leslie scoring five and Perry tallying four points. At the half, Leslie led 16-11.

3rd QUARTER
Kobe Bowling had four for Leslie while Lanse McKenzie had six for the Commodores. Headed for the fourth, Leslie was in front 27-20.

4th QUARTER
Leslie closed out the game in the fourth at the line, as the Eagles were 16 of 24 in the quarter with Day six of ten, Bowling four of six, Baker two of four, and Wyatt Hensley four for four. Perry scored more in the quarter than the prior three with Tyler Day leading the way with seven and McKenzie setting his team-high 14 with six.

NEXT: Leslie improves to 3-2 on the season and 1-0 in District play. The Eagles will host Buckhorn on Friday in another 54th matchup. Perry Central falls to 0-4 and 0-2 in District. The Commodores will next be in action at Wolfe County on Tuesday Night, and the game will be streamed LIVE on the BSN YouTube Channel.