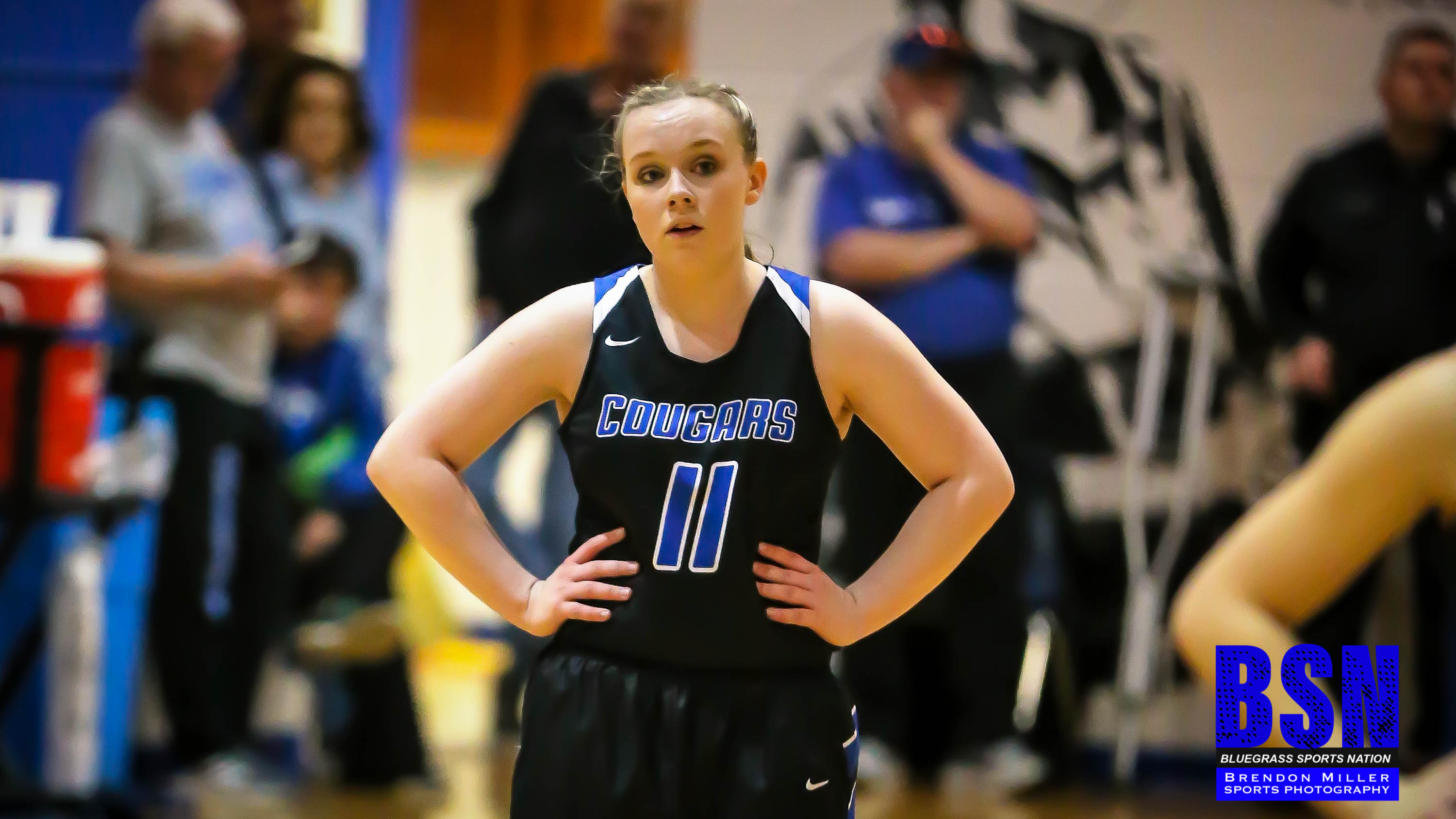 Maggard and Collins lead Lady Cougars with 14 each to punch ticket to Regional Title Game.

Letcher started strong and finished strong to get the win over Breathitt and advance to the 14th Region Final on Monday. Letcher started the game on a 6-0 run and then extended to 9-2 and 21-14 in the 1st Quarter. The Lady Cougars took the ball in the paint to get 10 from Senior Emma Maggard and seven from Junior Brooklyn Collins. Breathitt got on the board with Senior Amy Brewer netting six in the quarter and got two big three-pointers from Emalee Watts for 12 of their 14.

Breathitt got rolling in the 2nd Quarter with Brewer adding six, Adreonna Schutz five, and Hannah Griffith with four to outscore Letcher 17 – 9 and take a 31-30 lead into the half.

The teams played to a draw in the 3rd Quarter at 18 a piece. Brewer had nine in the quarter to pace the Lady Cats and Watts again added two deep three. Kaylee Banks and Brooke Bates took the lead for Lady Cougars with eight and four. Headed to the 4th, Breathitt led 49-48.

The 4th belonged to Kenzie Craft. The Junior guard knocked down three straight three-balls, the first with Letcher down 51-48 to tie the score and then back to backers to put the Lady Cougars up for good.

Letcher will take on Knott Central on Monday Night in the 14th Regional Final in a rematch of last week’s 53rd District Championship which Letcher won 54-46. Tip is set for 7:00 PM in Jackson.