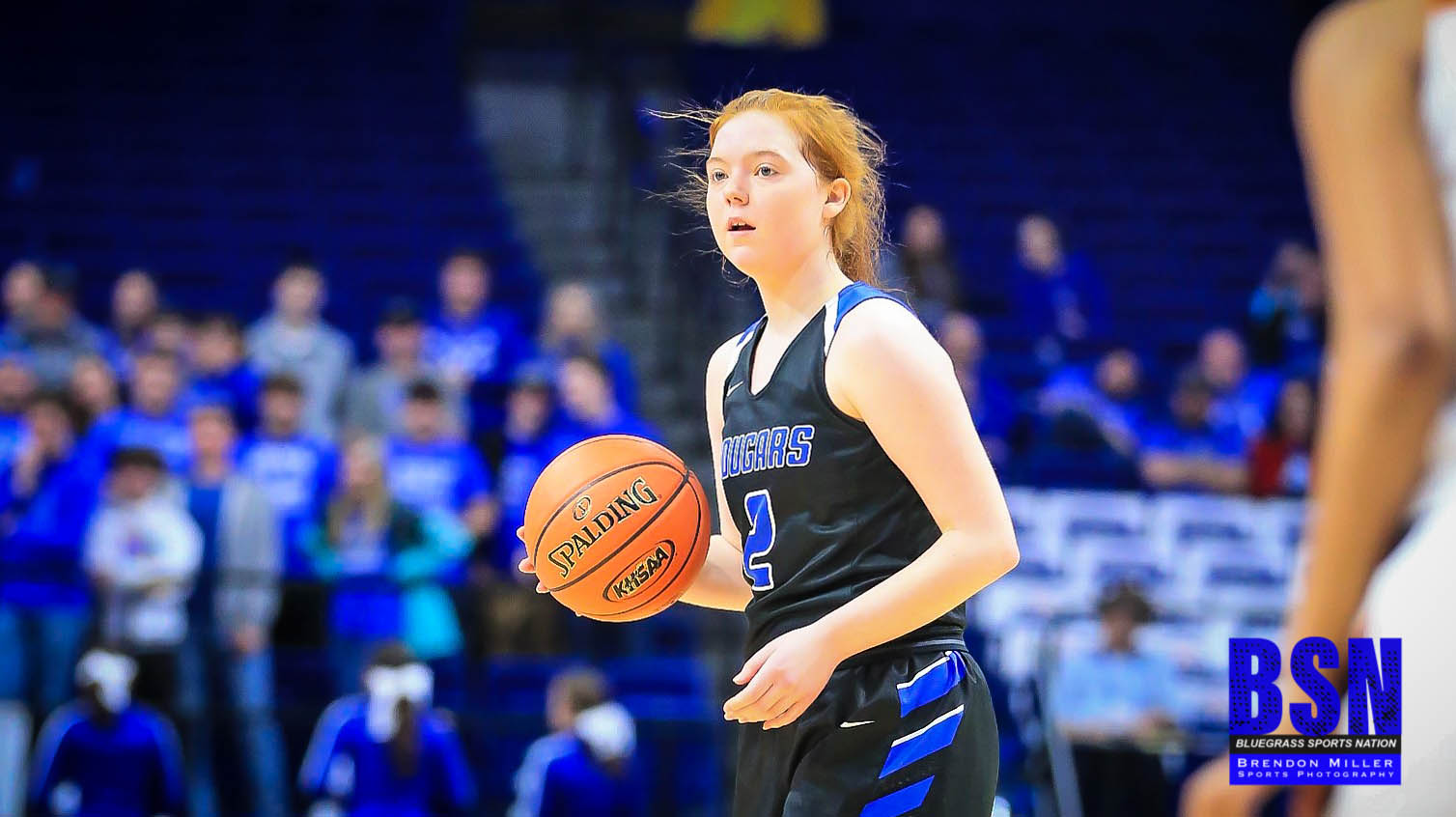 Defending 14th Region Champs, the Letcher Central Lady Cougars, traveled to Hindman on Friday Night (January 15) to take on 53rd District rival Knott Central in the first meeting of likely three (and possibly four) matchups on the season. Knott controlled the first half leading 20-14, at the end of the first quarter, and 35-22 at the half. The Cougars turned up the intensity in the third out-scoring the Lady Patriots 20-10 to close the margin to three at 45-42. Letcher finished the game with a 13-8 run in the fourth for the 55-53 win.

1st QUARTER
Knott Central took the early lead behind the hot hand of Abby Maggard from behind the three point line. Maggard knocked down three from downtown while Keara Mullins added a three and Presley Fletcher was six of six from the line. Kiera Couch had a three and three baskets for nine for the Lady Cougars.

2nd QUARTER
Knott continued to add to their lead in the quarter with Maggard hitting another 3-pointer and two baskets for seven. Brooke Mason was four of five from the line for four. Letcher struggled to only eight points with four from Kaylee Banks and Brooke Bates knocked down her second 3-pointer of the game.

3rd QUARTER
Letcher came out with energy after the half with Banks putting in 11 of her co-team-high 16 in the quarter, including two 3-pointers. Couch added five toward her co-team-high 16 as well. Knott got another three from Maggard totalling her game-high of 21.

4th QUARTER
Letcher took the lead and then closed the game out on the strength of 3-pointers from Brooke Bates and Boggs.

Letcher Central hit seven threes on the night, while Knott had six.

Letcher improved their record to 3-1 and 1-0 in District play. Knott fell to 3-2 and 0-1 in District. The two play in Whitesburg on January 30th, and then will likely meet in the 53rd District Tournament and possibly the 14th Region Tournament.