Levis Named One of The Manning Award “Stars of the Week” 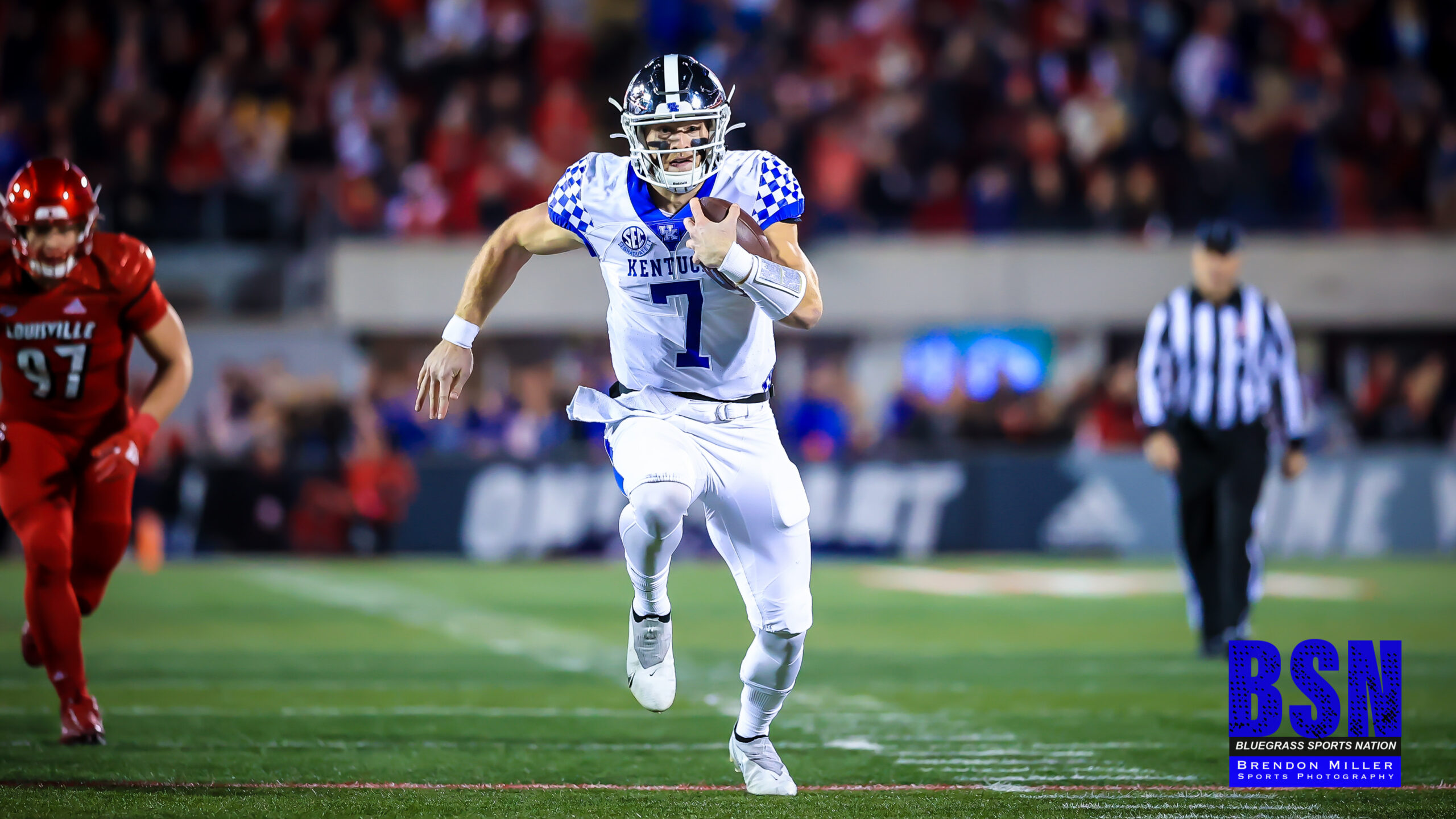 For the second time this season, junior quarterback Will Levis has been named one the eight “Stars of the Week” by the Manning Award, sponsored by the Allstate Sugar Bowl. Levis totaled a school-record tying four rushing touchdowns, helping guide No. 25/22 Kentucky to a resounding 52-21 win over intrastate rival Louisville Saturday night in Cardinal Stadium.

College football fans can now go to the Allstate Sugar Bowl Facebook page to vote for what they think was the best performance from this past weekend. When voting closes on Thursday at noon ET, the top vote-getter will be announced as the Manning Award Quarterback of the Week.

The Manning Award was created by the Allstate Sugar Bowl in 2004 to honor the college football accomplishments of Archie, Peyton and Eli Manning. It is the only quarterback award that includes the candidates’ bowl performances in its balloting. Since the Manning Award started recognizing Stars of the Week in 2011, 464 different quarterbacks from 129 schools have been recognized. Sixty-six different quarterbacks have been honored during the 2021 season.

Levis, a 6-foot-3, 232-pound quarterback from Madison, Connecticut, completed 14 of 18 passes for 149 yards with no touchdowns or interceptions. He also rushed 14 times for a career-high 113 yards and a career-best four touchdowns. His four touchdowns tied the single-game school records for most rushing TDs and most total TDs. His four TDs also tied the Governor’s Cup record set by Lynn Bowden Jr. in 2019.  The signal caller guided UK to seven scores on its first eight possessions, with the only time not scoring being the possession that ended the first half, and left the game with a 45-7 lead.

Following the game, Levis received the Howard Schnellenberger Award as the Most Valuable Player of the Governor’s Cup game. He also earned College Football Performance Awards National Performer of the Week honorable mention.

Levis was elected as The Manning Award’s Quarterback of the Week earlier this season after completing 18 of 26 passes for 367 yards and four touchdowns in UK’s 45-10 win over ULM in the season opener.

In 12 games, Levis has totaled 92 rushes for 387 yards and a team-high nine rushing touchdowns, completed 216 of 325 passes (66.5 percent) for 2,593 yards with 23 scores, the most touchdown passes since Mike Hartline in 2010. He had two games this season (LSU and Tennessee) with three passing touchdowns and two rushing TDs in the same game, the only Wildcat ever to accomplish that feat. Levis ended the regular-season play ranking sixth in the Southeastern Conference in total passing yards (2,444) and seventh in passing yards per game (216.08) and total offense (248.33).