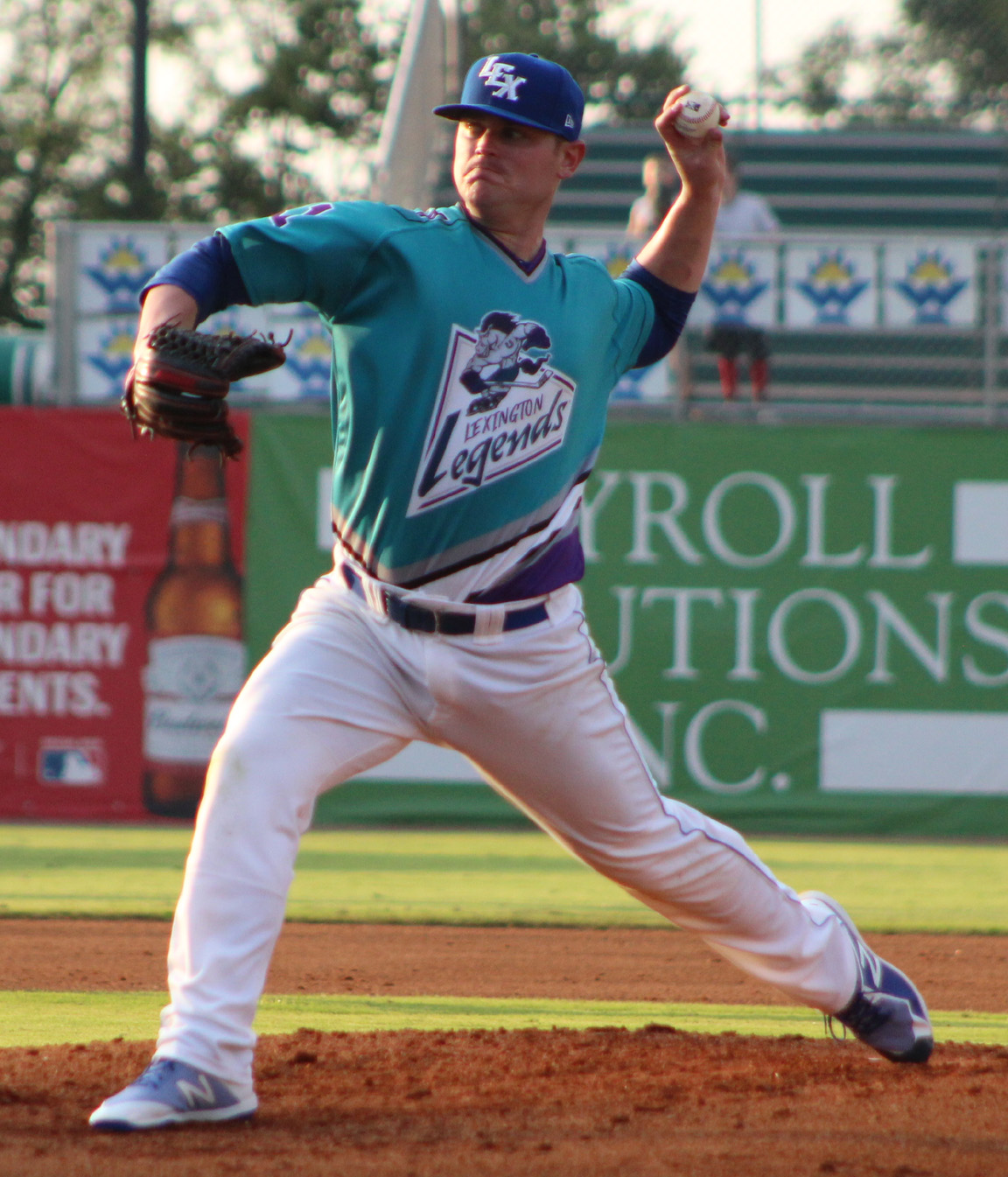 WHITAKER BANK BALLPARK (Lexington, KY) – The Lexington Legends took the first game of the series against the Kannapolis Intimidators with a 4-2 victory. The Legends remain tied with the Greenville Drive for first place in the Southern Division.

The Intimidators plated both of their runs in the top of the first inning. Ian Dawkins smashed a home run to left field on the first pitch of the ballgame and Kannapolis led, 1-0. Luis Curbelo then lined a single up the middle and advanced to third on a single by Craig Dedelow. Tyler Frost then brought home Curbelo with an RBI single and the Intimidators led 2-0.

The Legends answered in the bottom of the first inning. Kyle Isbel lined a leadoff double to deep right centerfield then swiped third base. The very next batter, Cristian Perez, then smacked an RBI single to left field and Lexington was on the board, 2-1.

Lexington would then go on to score three more runs in the bottom of the third. Nick Pratto hit a one out double to right field. Seuly Matias then hit a groundball to the pitcher who committed a fielding error, putting runners at first and third. MJ Melendez then brought them both home on a two-run double to left field and the Legends led 3-2. Marten Gasparini then scored Melendez on an RBI single to left field and Lexington continued to lead 4-2.

The Legends and Intimidators face off again tomorrow night at 6:35 p.m. Lexington will send RHP Jackson Kowar (0-1, 5.54 ERA) to the mound and Kannapolis will send RHP Yosmer Solorzano (3-6, 4.52 ERA) to the bump. The Legends will honor First Responders courtesy of FOX’s new show 9-1-1. The series is a fast-paced exploration into the lives and careers of first responders — including police officers, paramedics and firefighters — the individuals who put their lives on the line every day to save others. The show draws from real-life, high-pressure experiences of emergency response providers who regularly face heart-stopping situations that are often unpredictable, intense and uplifting at the same time. Following exclusive behind the scene footage of the show, there will be another fantastic postgame fireworks show, so fans should be sure to stick around after the game!